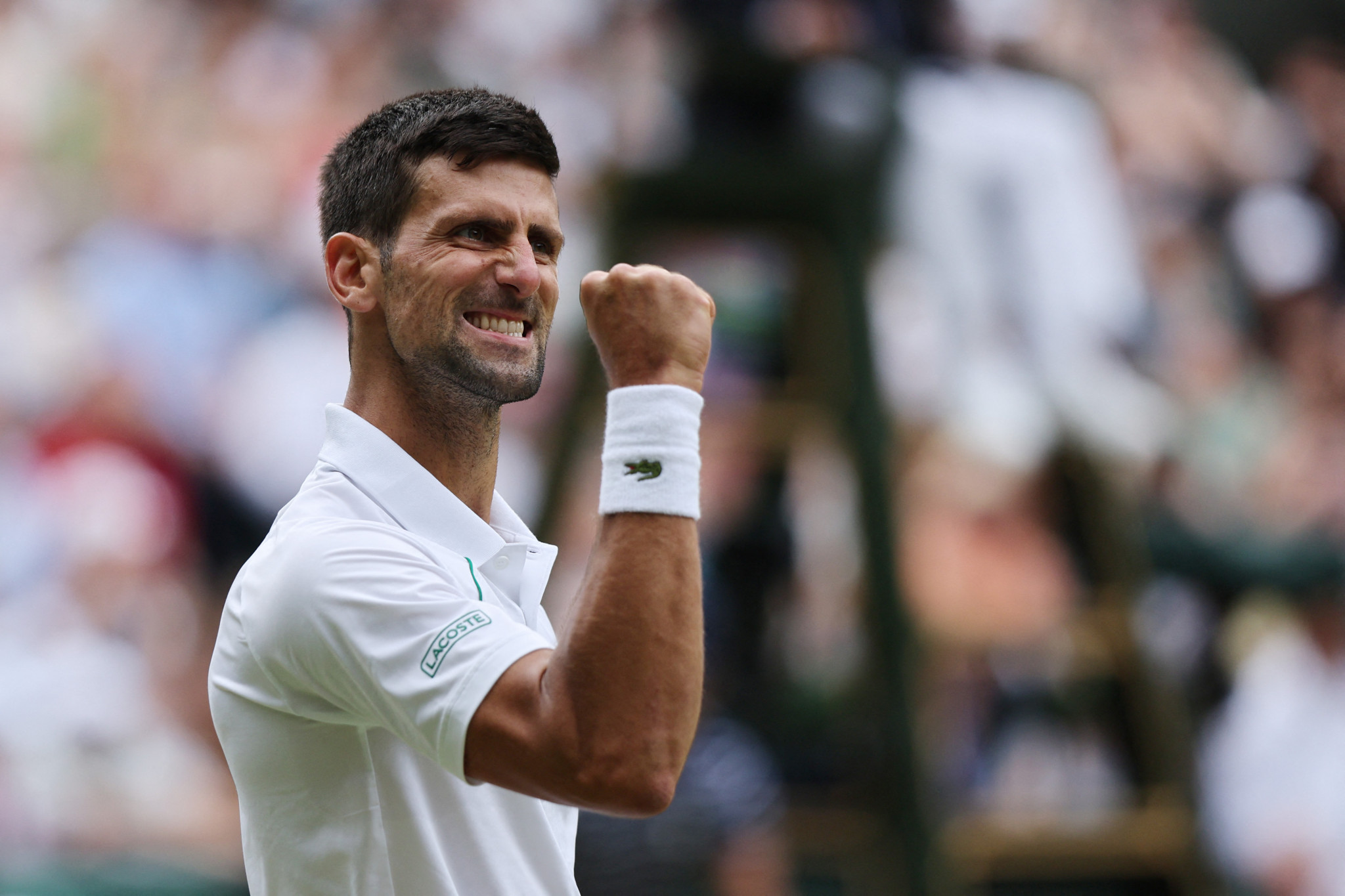 Serbian top seed Novak Djokovic came from two sets down to stage a trademark comeback against young Italian Jannik Sinner in the quarter-finals at Wimbledon to make it into the final four of the men's singles for the 11th time.

Dreams of his fourth straight title at Wimbledon looked to be in danger for the 21-time Grand Slam winner, when 10th seed Sinner was on top for the first two sets, showing the form that saw him defeat Spanish fifth seed Carlos Alcaraz in the previous round in four sets.

Djokovic took the third set convincingly and despite still being behind, looked fired up to win in five sets.

It was the seventh time the Serbian had achieved this feat at a Grand Slam, notably doing it in the final of the 2021 French Open against Greek player Stefanos Tsitsipas.

Norrie struggled in the early stages of the match, working hard to take the second set, but was also plagued by early unforced errors.

However, when the pressure was on, he prevailed - eventually breaking Goffin at 5-5, before wrapping up the match on serve.

Tatjana Maria continued her tremendous run in the women's singles by beating her unseeded compatriot Jule Niemeier in three sets 4-6, 6-2, 7-5, dramatically breaking her opponent at the end of the match.

Maria, who turned professional when her younger opponent was just two years old, had previously only reached the second round of a Grand Slam before arriving in London this year.

This match meant all four singles clashes today went the distance, with Jabeur coming from behind to win in dominant fashion.

The score finished 3-6, 6-1, 6-1 to the Tunisian, who dropped her first set of the tournament against Bouzková.