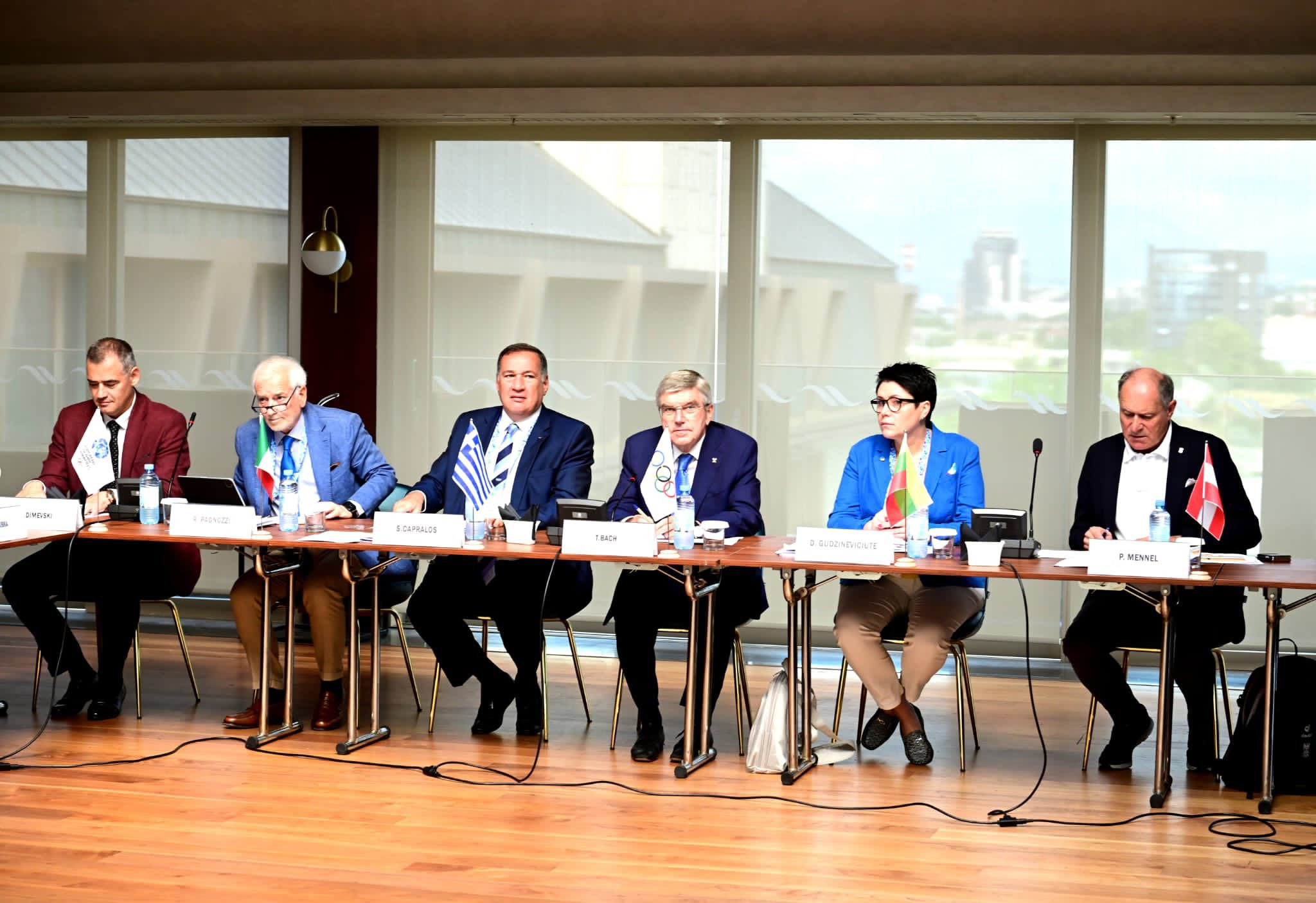 The European Olympic Committees (EOC) is set to stage its 51st General Assembly here over the next two days, with several key reports and prominent speakers featuring on the agenda.

The MOK is celebrating its 30th anniversary, with the country having competed as an independent nation at every Olympic Games since its debut at Atlanta 1996.

The DoubleTree by Hilton Skopje is set to host the two-day General Assembly.

Proceedings are scheduled to begin with an address by Bach, followed by a vote on the approval of the minutes from last year's General Assembly in Athens, where Capralos was elected as head of the EOC.

Capralos, who is also an IOC member, is set to deliver his first report to the General Assembly as President, followed by secretary general Raffaele Pagnozzi and treasurer Peter Mennel.

Mennel's report includes the approval of consolidated financial statements from 2021 and of the 2023 budget.

Capralos' speech is set to be notable because the EOC has said he "will communicate the status of the participation of the Russian and Belarusian National Olympic Committees in this year’s General Assembly at the start of tomorrow".

This follows comments from Russian Olympic Committee (ROC) President Stanislav Pozdnyakov, who has claimed that the EOC has attempted "to ban our participation in the organisation's General Assembly".

Russia and Belarus have largely been frozen out of international sport since the invasion of Ukraine on February 24, with the IOC recommending that athletes and officials from both countries are banned from competitions.

However, neither the ROC nor the NOC of the Republic of Belarus have been suspended by the IOC.

ANOC secretary general Lindberg, who is also an Executive Committee member of the EOC, adds to the list of high-profile speakers tomorrow, before IOC member and National Olympic Committee (NOC) of Ukraine President Sergey Bubka is set to provide an update on solidarity efforts by European NOCs.

The Seoul 1988 men's pole vault Olympic gold medallist has been among the leading figures in coordinating the Olympic Movement's response to the war in Ukraine.

According to the United Nations, at least 4,266 civilians have been killed in the conflict, although it is feared that the true figure is far higher, and more than 7.2 million people have been forced to flee Ukraine.

Elections are also scheduled to be held tomorrow, including for a European representative on the ANOC Executive Council.

Key updates are expected on the Krakow-Małopolska 2023 European Games tomorrow as well.

A long-awaited Host City Contract for the Games was signed last month, and reports from Hasan Arat, an Executive Committee member and chair of the Coordination Commission for the Krakow-Małopolska 2023, and the Organising Committee are due to be delivered to the General Assembly.

Further reports are set to be provided from Beijing 2022, as well as an update on Paris 2024 and Milan Cortina 2026, with both Games set to mark the return of the Olympics to Europe.

Chairs of EOC Commission are then scheduled to provide reports to conclude the day's proceedings.

Saturday's schedule is lighter, beginning with reports from the chair of the EOC European Union (EU) and international relations José Manuel Araújo and the director of the EOC's EU office in Brussels Folker Hellmund.

That is set to be followed by an update on Strategic Agenda 2030 by Working Group chair Đorđe Višacki.

Reports from the Vuokatti 2022 Winter European Youth Olympic Festival, next month's Summer EYOF in Banská Bystrica and next year's Summer and Winter EYOFs are set to follow, as well as a report on the Games of the Small States of Europe.

World Anti-Doping Agency manager for sport movement relations Valentin Capelli is due to deliver a report, before the two-day meeting concludes with an announcement on where next year's General Assembly and Seminar are due to be held.