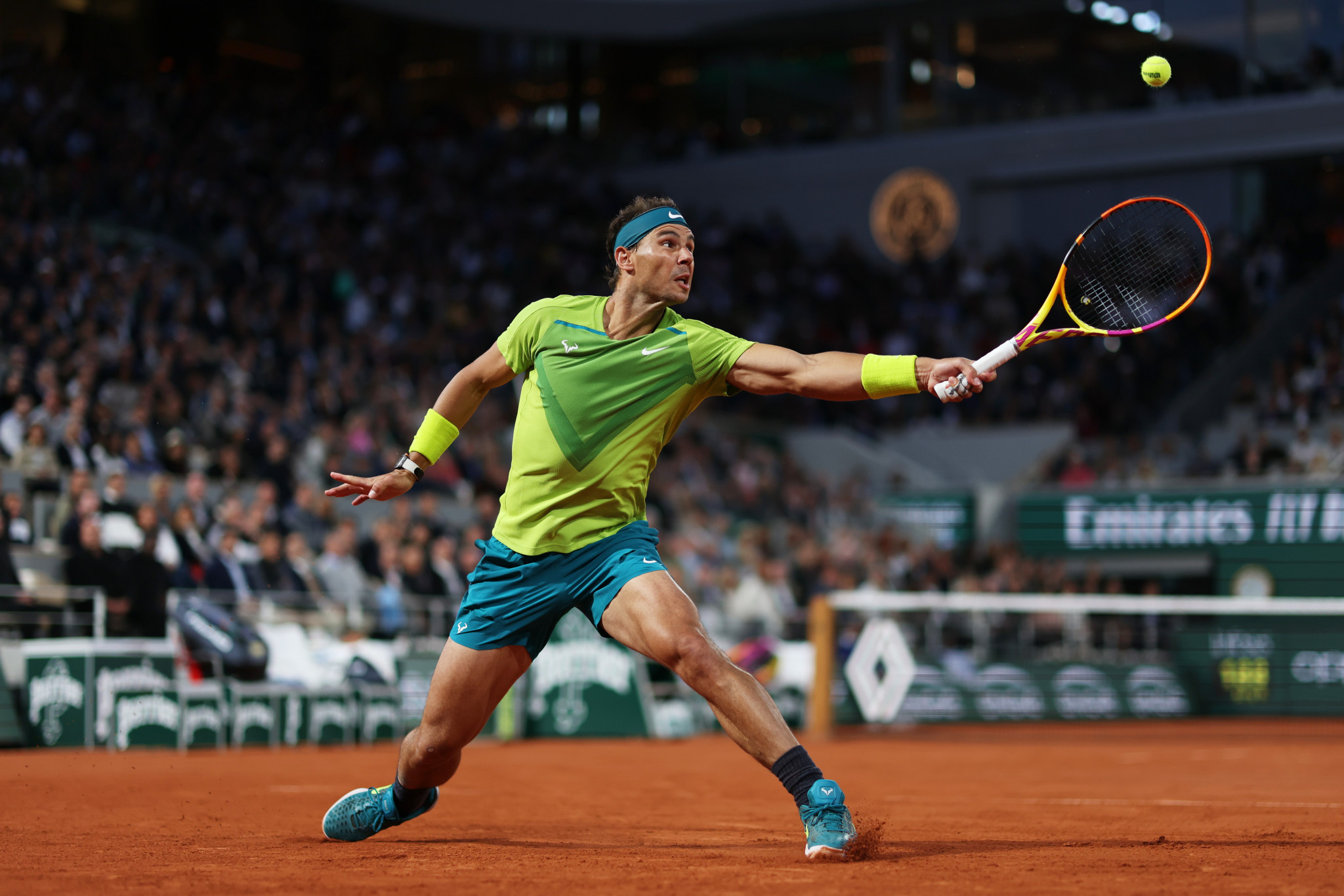 Nadal defeated top seed and defending champion Novak Djokovic 6-2, 4-6, 6-2, 7-6 in a night session match on Court Philippe Chatrier which lasted more than four hours and finished at 1.15am local time.

The tone was set in the first game which lasted 10 minutes and saw Nadal claim an early break.

The Spaniard broke three times on his way to claiming the first set 6-2 and led 3-0 with two breaks in set two, before Djokovic fought back in style taking a 4-3 lead in a passage of play that included a 19 minute game.

The Serbian went on to take the set 6-4, before Nadal regained the momentum in set three with a break in the opening game on the way to taking it 6-2.

Djokovic broke early in set four, but was unable to take two set points in game nine allowing Nadal to break back and force a tie-break.

Nadal dominated the tie-break and claimed victory following a 19-shot rally on his fourth match point.

It keeps Nadal’s bid for a 14th French Open title alive, and sets up a semi-final with Zverev, who defeated sixth seed Carlos Alcaraz of Spain 6-4, 6-4, 4-6, 7-6 in another thrilling encounter in the day session.

Zverev, finalist in the 2020 US Open and gold medallist in the men’s singles competition at the Tokyo 2020 Olympics used his powerful serve to great effect as he pushed Alcaraz so deep in the court he was returning from just in front of the line judges.

A single break of serve was enough for Zverev to take the first two sets 6-4, before Alcaraz took set three by the same scoreline as he began to enjoy success with the drop shot.

He made three drop shot winners in the game that saw him break his opponent’s serve, and enjoyed the support of the crowd as he started mounting his fightback.

The fourth set went all the way to a tiebreak, with Zverev winning it nine points to seven thanks to three big backhands down the line.

It was a significant victory for Zverev, who had previously not won a Grand Slam match against a top ten player in 11 attempts.

If he is to reach a second Grand Slam singles final he will have to beat another top ten player, with Nadal waiting in the last four.

In tomorrow’s men’s quarter-finals, the day session match sees Marin Čilić, the 2014 US Open champion and conqueror of second seed Daniil Medvedev in the previous round, up against another Russian, playing as a neutral, in seventh seed Andrey Rublev.

In the night session match eighth seed Casper Ruud of Norway is set to face Danish teenager and world number 40 Holger Rune, with Rune looking to claim another big scalp after defeating fourth seed Stefanos Tsitsipas of Greece in the previous round.