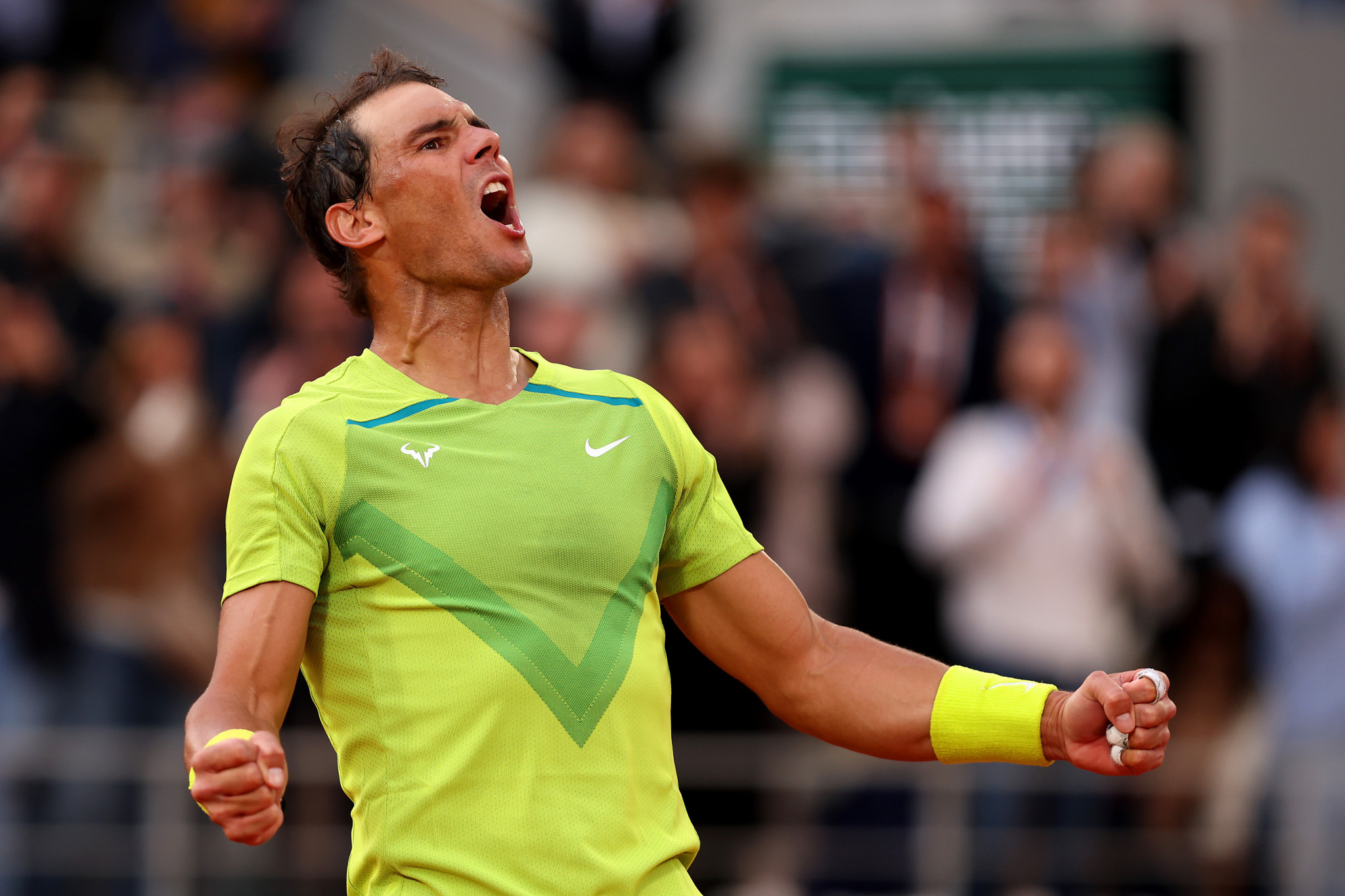 Thirteen-time French Open champion Rafael Nadal was pushed all the way by Felix Auger-Aliassime as the fourth round of the men’s singles competition got underway at Roland Garros.

Nadal, seeded fifth for this year’s event, was taken the distance by his Canadian opponent in a thrilling match on Court Philippe-Chatrier, which lasted more than four hours and caused the start of the night session match to be pushed back.

The Spaniard dropped the opening set 6-3, before bouncing back to win set two by the scoreline.

Nadal took the lead in the match by winning set three 6-2, before Auger-Aliassime took the contest the distance by winning the fourth set 6-3.

Nadal took the decisive fifth 6-3, to set up an eye-catching quarter-final match with top seed Novak Djokovic of Serbia.

Defending champion Djokovic, who was won the clay court Grand Slam on two occasions, enjoyed a more comfortable passage into the last eight as he dispatched Argentina’s Diego Schwartzman 6-1, 6-3, 6-3.

In the night session match there was more Spanish success, with highly-rated teenager Carlos Alcaraz, the sixth seed, defeating Russia’s Karen Khachanov, playing as a neutral in straight sets.

Alcaraz triumphed 6-1, 6-4, 6-4 in an entertaining and hard-fought contest, which featured some spectacular points, under the lights in Paris.

Alcaraz will take on third seed Alex Zverev in the last eight, with the German defeating another Spaniard Carlos Zapata Miralles 7-6, 7-5, 6-3.

In the women’s singles, the highest seed in fourth round action was 17th seed Leylah Fernandez, with the 2021 US Open runner-up from Canada battling past Amanda Anisimova of the US in three sets 6-3, 4-6, 6-3.

Fernandez will take on Italian Martina Trevisan in the last eight, after Trevisan edged past Belarusian Aliaksandra Sasnovich, playing as a neutral, in two tight sets 7-6, 7-5.

Elsewhere two American players enjoyed success in the women’s singles draw today, with Coco Gauff and Sloane Stephens setting up a quarter-final meeting after easing through their respective matches.

The men’s and women’s singles fourth round is due to conclude tomorrow, with women’s top seed Iga Świątek of Poland and men’s second seed Daniil Medvedev of Russia, playing as a neutral, among those scheduled to be in action.