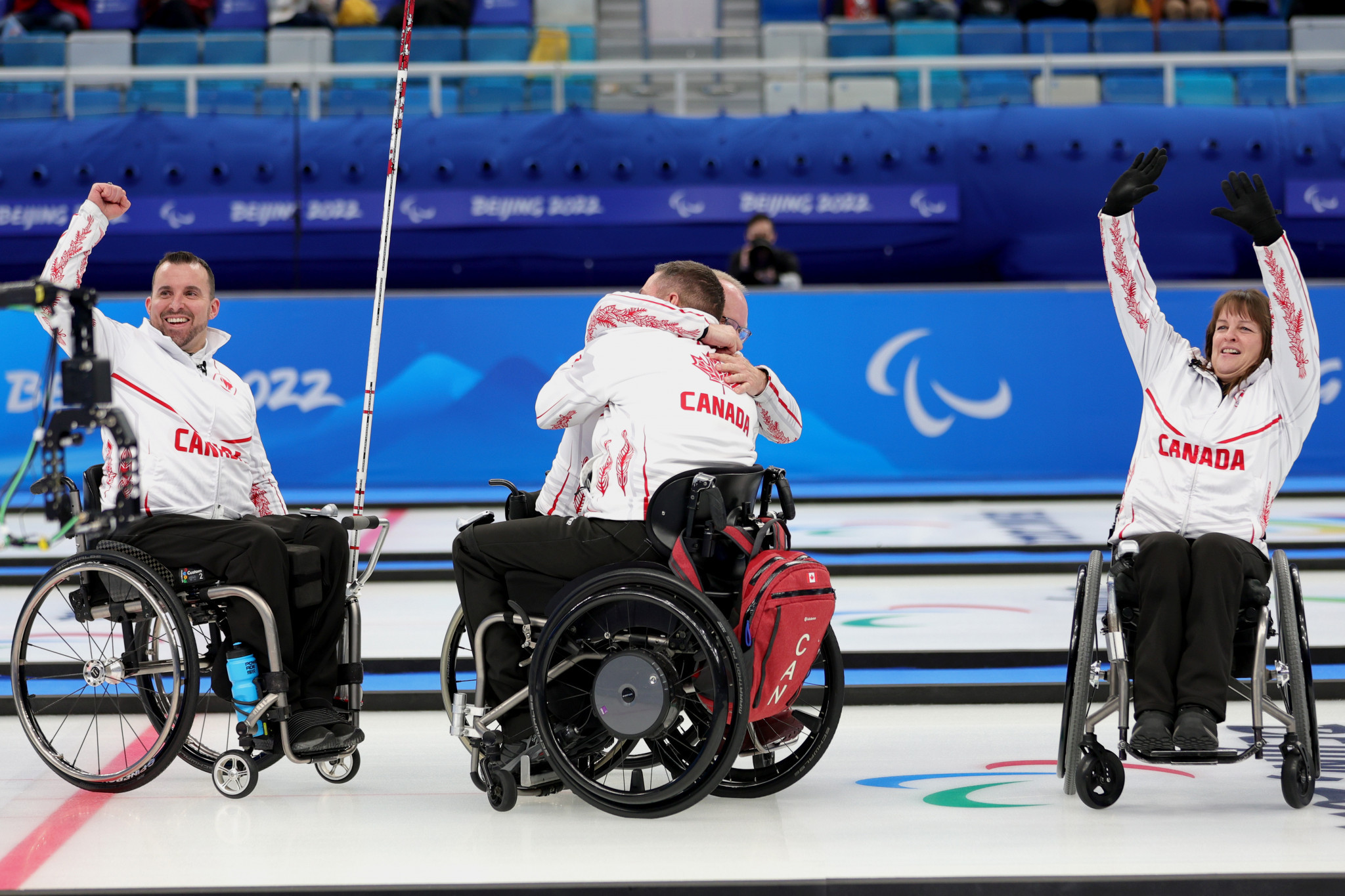 Wang Haitao’s China and Viljo Pettersson-Dahl’s Sweden have progressed to the wheelchair curling final following success in the semi-finals at the National Aquatics Centre on day seven of Beijing 2022.

China set up the chance to retain their Paralympic title with a 9-5 victory against the Canadians.

The hosts jumped out to a 4-1 lead after the first three ends to put Canada under severe pressure early on.

Nevertheless, China was aided by Canada’s Jon Thurston missing a take-out opportunity with the penultimate throw in the third end.

Thanks to the gift, Wang capitalised on the chance to score three points to put his team into a strong position.

Ideson’s side bounced back in the fourth end with two points, but the hope of turning around the match did not last long.

In accustomed Chinese fashion, the defending champions scored five points across the next two ends to balloon their advantage to 9-3.

While Canada scored two in the seventh end, China had already conjured an unassailable lead.

The Canadians accepted defeat after the 13th throw of the eighth end.

Sweden, who finished 10th in the standings at Pyeongchang 2018, progressed to the final after edging 6-4 past Slovakia.

The Swedes built a solid 3-0 foundation after three ends, but Slovakia’s Peter Zatko brought the game back into balance in the fourth end.

He successfully knocked away Sweden’s only stone in the house to draw level.

The two teams were still tied after six ends, causing tension to rise.

While Sweden scored a point to take the lead in the seventh, Slovakia had the hammer advantage in the eighth end.

The match then came down to the final throw by Zatko, who had to take out Sweden's stone in the middle eight-foot ring.

His stone bounced between other stones on the way through and it nudged one of Slovakia's stones closer to the centre.

However, it was not enough, and Sweden won a point to win the match.

Both Canada and Slovakia were forced to put their semi-final disappointment behind them quickly and come back to the ice to play for bronze.

A brilliant penultimate shot by Thurston allowed the Canadians to steal a point in the opening end.

At the half-way mark, Slovakia and Canada were level 2-2 thanks to Zatko taking out Canada's only stone in the house, which was at the back of the 12-foot ring.

However, Slovakian’s key curler could only take out one of Canada’s two stones in the four-foot ring or button in the sixth to give Canada a 4-2 lead.

Heading into the eighth end, Canada maintained a 4-3 advantage.

The bronze medal eventually came down to the final shot.

Thurston took the responsibility and knocked away Slovakia's stone in the house to win 8-3.