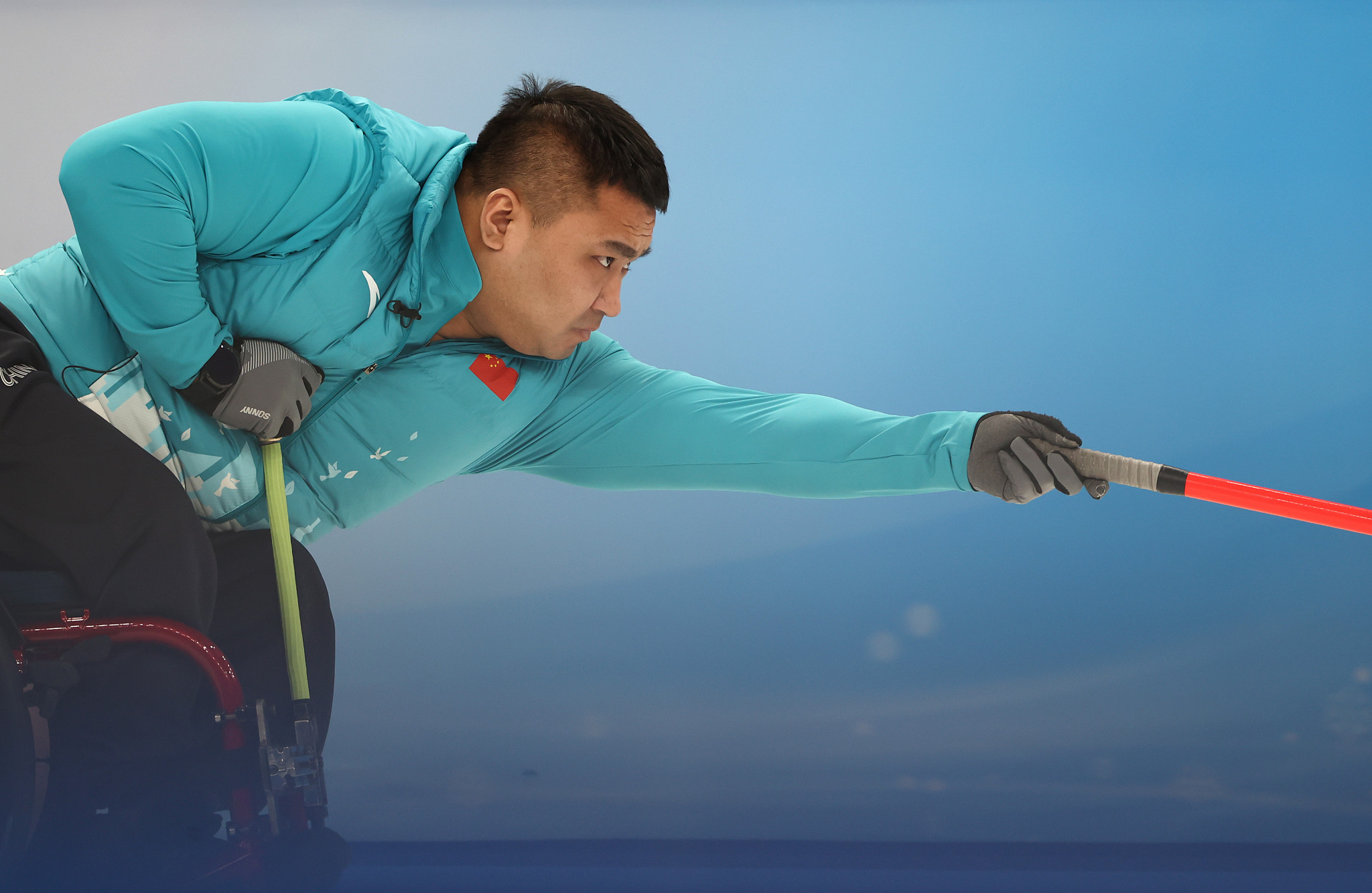 Two wins for Wang Haitao's China means they are level with Sweden at the top of the wheelchair curling standings after day five of the Beijing 2022 Paralympics.

Originally, it seemed China would face stiff opposition against Slovakia after going 3-2 down in four ends.

However, the hosts quickly turned the match around with five points in the next two ends.

Eventually, China won the match 7-5 once Slovakia accepted defeat during the closing moments of the eighth end.

They followed up their first victory of the day by again killing the game off in a single end.

After seven ends, Norway lead 4-3 and it seemed they were within a shot of upsetting the Tokyo 2020 Paralympic champions.

However, China rallied to score four points with the hammer to win the match.

Sweden, the current occupiers of second place, enjoyed one win and suffered one loss in today’s action.

Following six ends, Pettersson-Dahl's side took a lead of 6-3 before the Norwegians rallied in the next two ends to level the match.

Sweden, with the hammer, did not let their opponents reap the rewards of their comeback and managed to secure two points in the extra end to win.

However, they crucially lost 6-5 to Slovakia in their next fixture.

With the score tied at 5-5 the Slovakians used the hammer advantage to their benefit to score a point to take the victory.

South Korea defeated Estonia 5-2 and Britain 8-6 to finish off any hope they may have had of reaching the knockout phase.

The United States beat Switzerland 8-5 and Latvia 8-7 to keep their tournament hopes alive.

China and Sweden lead the standings together with a record of six wins and two losses while Canada has lost a game more.

Slovakia sit in fourth thanks to a record of five wins and three losses.