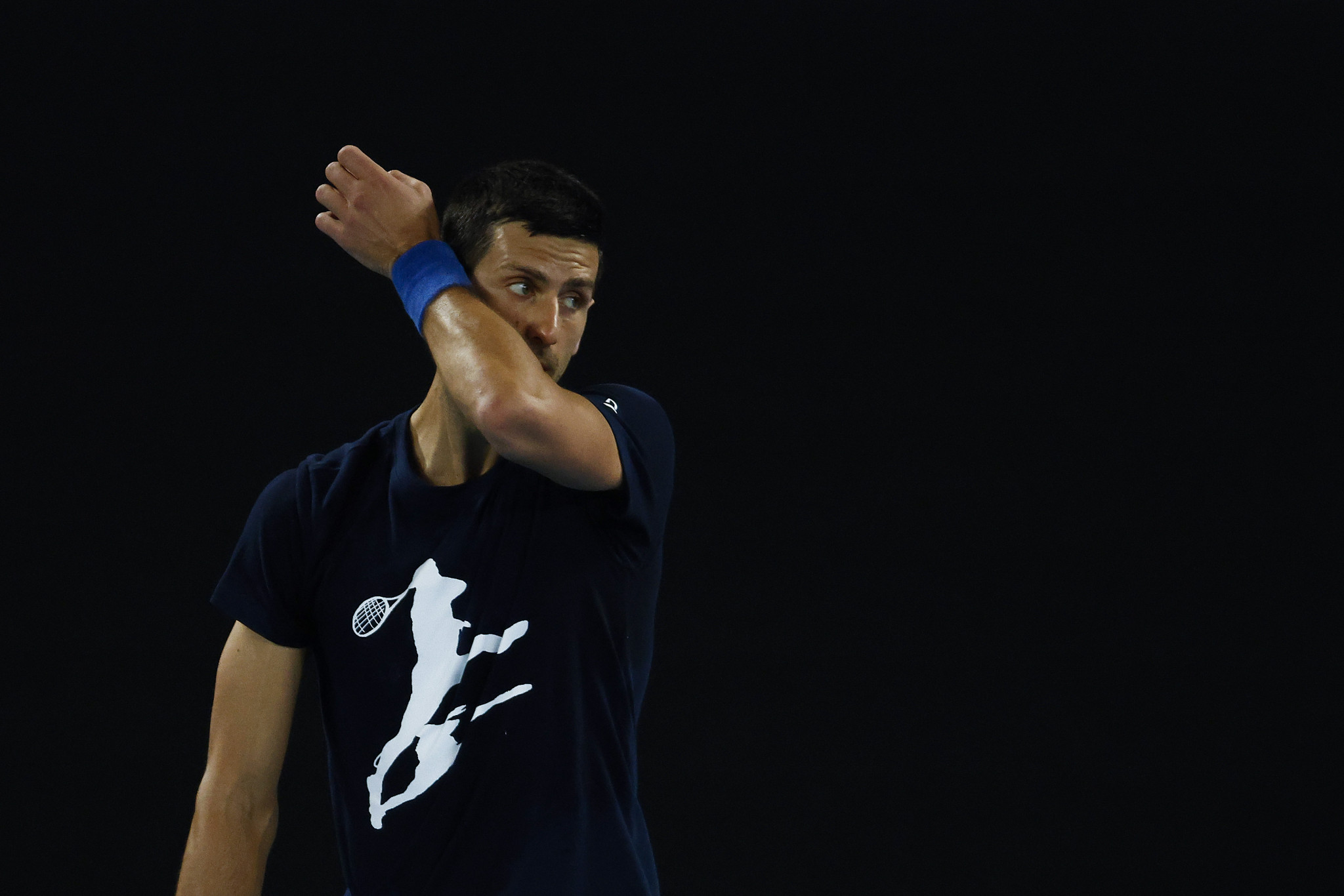 Australia has cancelled Novak Djokovic's visa for a second time, with Immigration Minister Alex Hawke exercising personal power to end the tennis star's stay in the country "on health and good order grounds".

Djokovic, who is in Melbourne to attempt to win the Australian Open for a 10th time, is unvaccinated against COVID-19 and his permission to play at the tournament has been the subject of a long-running saga.

The saga continues as Djokovic' lawyers have already appealed the decision.

At a court hearing today is was decided that Djokovic is free to remain where he is for now, but must meet Border Force officers at 8am local time tomorrow.

A decisive hearing has been scheduled for Sunday (January 16), one day before the Australian Open begins, and Djokovic is timetabled to play in round one against fellow Serbian Miomir Kecmanović on the first day of the Grand Slam.

The Federal Court of Australia of will hear the case and Djokovic faces deportation if he loses.

Djokovic's visa was already cancelled once, but that decision was overturned on appeal, prompting Hawke's latest move.

"Today I exercised my power under section 133C(3) of the Migration Act to cancel the visa held by Mr Novak Djokovic on health and good order grounds, on the basis that it was in the public interest to do so," Hawke said in a statement.

"This decision followed orders by the Federal Circuit and Family Court on January 10 2022, quashing a prior cancellation decision on procedural fairness grounds.

"In making this decision, I carefully considered information provided to me by the Department of Home Affairs, the Australian Border Force and Mr Djokovic.

"The Morrison Government is firmly committed to protecting Australia's borders, particularly in relation to the COVID-19 pandemic.

"I thank the officers of the Department of Home Affairs and the Australian Border Force who work everyday to serve Australia's interests in increasingly challenging operational environments."

Should Djokovic fail with his next legal challenge, the 34-year-old will face not only deportation but also a three-year-ban on obtaining a new Australian visa.

Hawke's intervention is the latest twist in a tale which has dominated the build-up to the tournament in and seen Djokovic accused of flouting coronavirus regulations in three different countries.

Djokovic initially landed in Australia on January 5, having obtained an exemption from tournament organisers to play in the Australian Open while being unvaccinated.

It is claimed that Djokovic had COVID-19 on December 16, which medical panels assembled by Tennis Australia and the Victorian Government accepted was grounds for an exemption.

However, border officials were of the opinion that Djokovic had failed to meet vaccination requirements to enter Australia - a separate process - and designated him for deportation.

Djokovic appealed, had to stay in a detention centre over the following weekend, and was then successful in that appeal.

A Federal Circuit and Family Court judge ruled that Djokovic had not been given enough time at the airport to speak with his legal team in response to the decision to revoke his visa.

Djokovic has since then faced fresh allegations that he lied on a form needed to enter Australia and broke coronavrius rules in Serbia and Spain.

This includes attending an in-person interview and photoshoot with French newspaper L'Équipe when he had tested positive for coronavirus .

Following much deliberation and debate, Hawke has now moved to revoke Djokovic's visa once again.

The Australian Open begins on Monday, with crowds at the show courts set to be restricted to 50 per cent capacity due to COVID-19 restrictions.