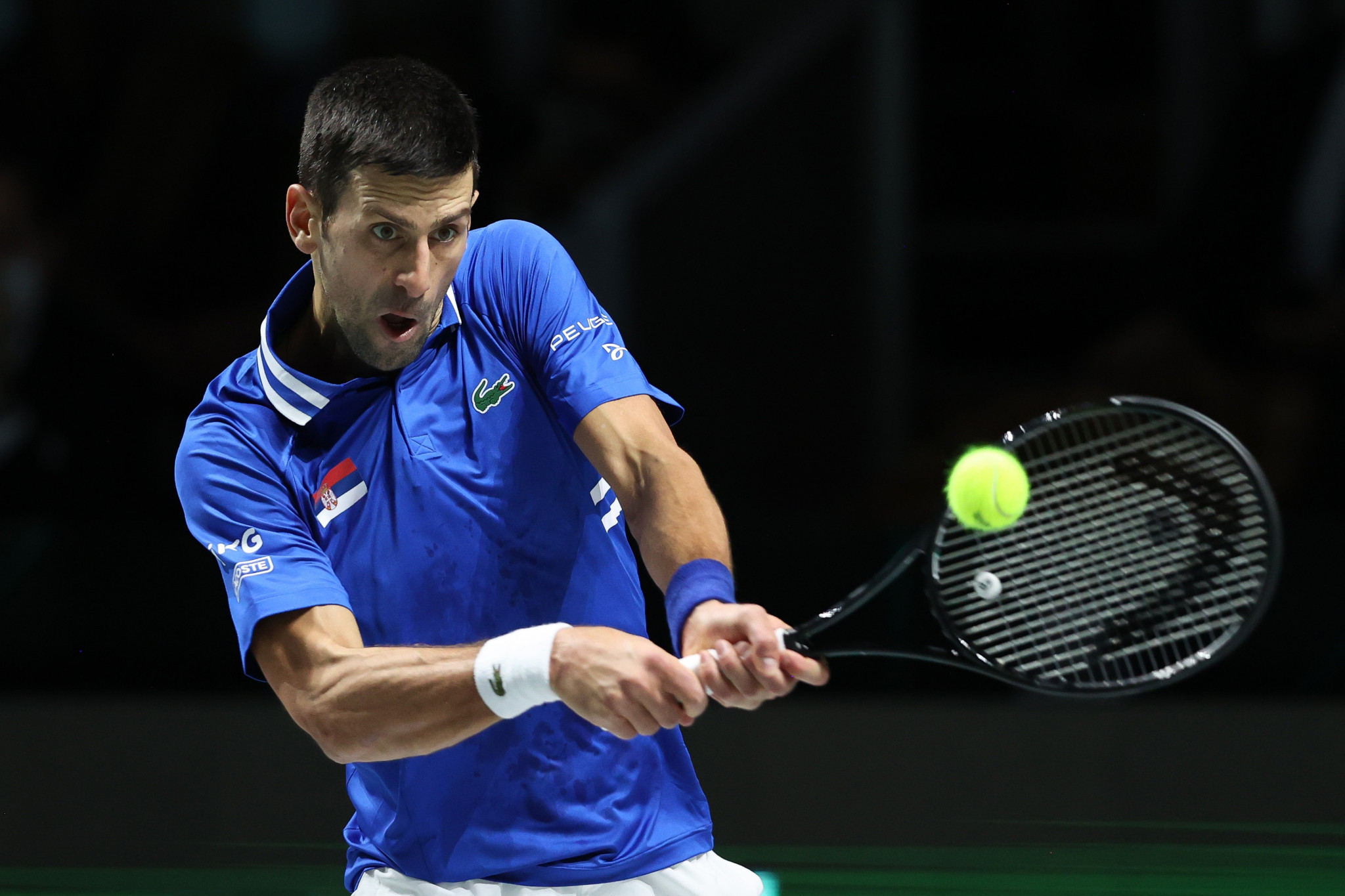 World number one Novak Djokovic is set to compete at the upcoming Australian Open after revealing that he has received "exemption permission" not to have a COVID-19 vaccination.

The participation of the 34-year-old Serbian star has been the subject of much debate due to his refusal to reveal his vaccination status.

Players must be vaccinated to be allowed to compete at the Australian Open, but certain medical exemptions are available and Djokovic claims to have received one.

Speculation over whether the nine-time Australian Open champion will participate at the opening Grand Slam of the year had increased when he withdrew from the Association of Tennis Professionals Cup in Sydney last week.

But Djokovic has now taken to social media to confirm that he is on his way to Australia and posted a picture of himself at an airport.

The Australian Open is scheduled to be held from January 17 to 30.

"Wishing you all health, love, and happiness in every present moment and may you feel love & respect towards all beings on this wonderful planet.

"I've spent fantastic quality time with my loved ones over the break and today I’m heading Down Under with an exemption permission.

Organisers of the Australian Open had previously warned that all players would need to be vaccinated to take part - a policy which Djokovic's father recently described as "blackmail" as he cast doubt on whether his son would play.

But tournament director Craig Tiley later confirmed that unvaccinated players will be able to compete if granted a medical exemption by an independent panel of experts.

"Every athlete coming into Australia has to be vaccinated and show proof of that, or has to have made application from a medical exemption," said Tiley.

"In the case of tennis players, that's far more rigorous than anyone coming into Australia applying for a medical exemption.

"There are two medical panels that assess any application, and they assess it in a blind way.

"They don’t know who the applicant is.

"Against the guidelines, an exemption gets granted or not. The reason for granting the exemption remains private, between the panel and the applicant.

"We know of athletes that have applied for an exemption and in cases, it’s been granted.

"Some of those [players] have indicated that they’re here, but that’s up to the athlete, to disclose and [decide] whether they want to share that information."

Tiley also anticipates that up to 95 per cent of players at the Australian Open will be vaccinated against coronavirus.

Tennis Australia and Victoria's Deputy Premier James Merlino both denied claims last month that Djokovic had grounds to apply for a medical exemption to allow him to compete in Australia without being inoculated.

Merlino insisted medication exemptions were "not a loophole for privileged tennis players".

Djokovic has won the past three editions of the Australian Open and is tied for the record number of men's singles Grand Slam titles on 20, alongside Switzerland's Roger Federer and Spain's Rafael Nadal.

The Serbian has been training in Marbella in Spain in recent days but has not played a competitive match since the Davis Cup Finals in early December.