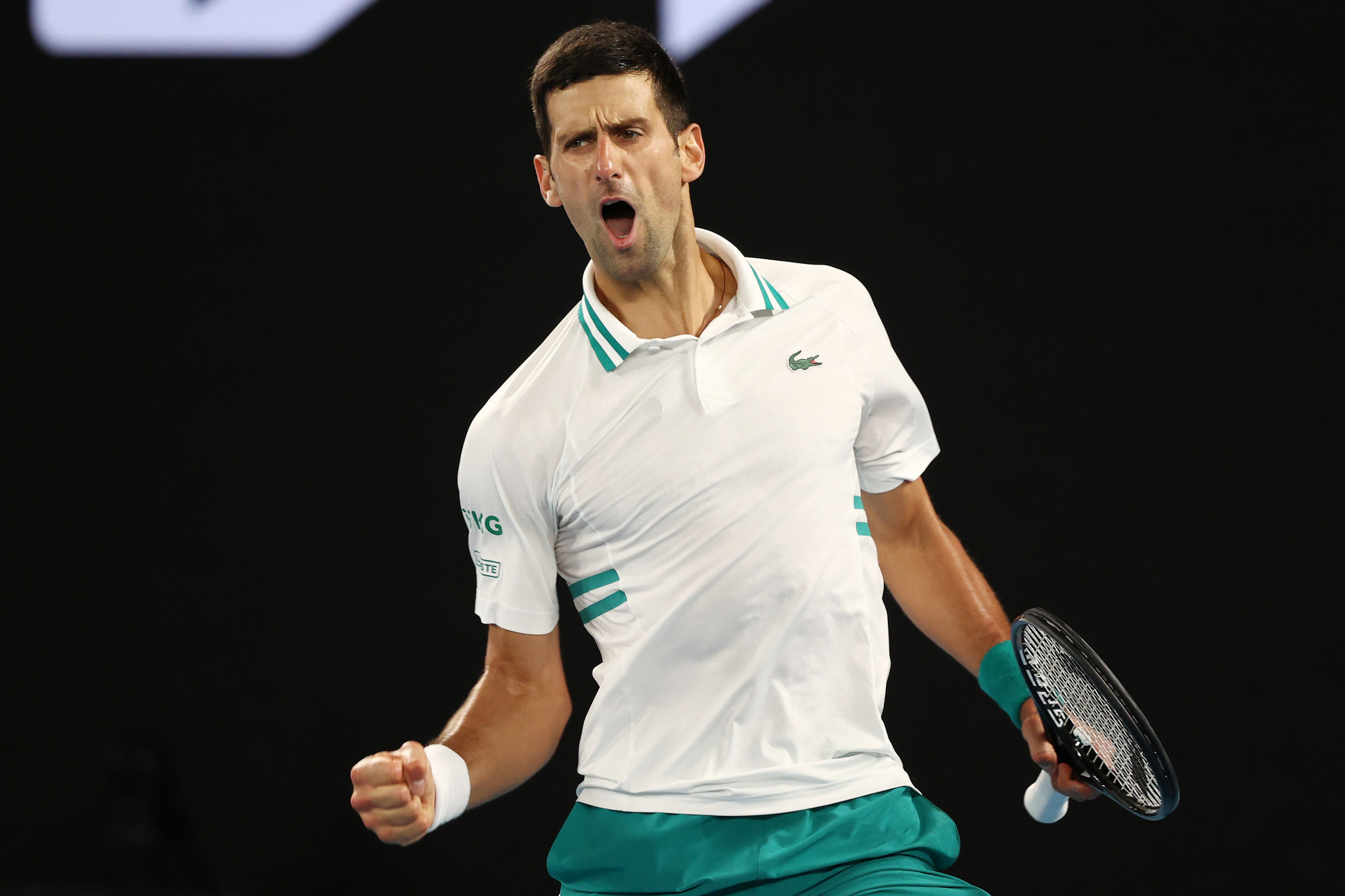 World number one Novak Djokovic has claimed victory in his appeal against his deportation from Australia and is back on court as he looks to resume preparations for the Australian Open.

After spending the weekend in an immigration detention centre - described as a "prison" by his family - to fight his case, Djokovic has been released as he seeks to defend his men's singles title.

The Serbian star posted a picture of himself and his coaching team on court at Melbourne Park to celebrate the verdict at today's appeal hearing.

"I’m pleased and grateful that the judge overturned my visa cancellation," Djokovic wrote in a post on Twitter.

"Despite all that has happened, I want to stay and try to compete at the Australian Open.

"I remain focused on that.

"I flew here to play at one of the most important events we have in front of the amazing fans."

Djokovic insisted that he was unable to say more on the subject but thanked his supporters for "standing with me".

His visa was cancelled after border force officials said that he had failed to meet vaccination requirements to enter Australia.

He was forced to leave the country before his legal team launched a court challenge in a bid to overturn the decision.

At today’s hearing, judge Anthony Kelly ordered the 34-year-old to be freed from detention at Melbourne's Park Hotel where he had been staying for the past four days.

The court ruled that Djokovic was not given enough time to speak with his legal team in response to the decision to revoke his visa.

Kelly claimed the visa cancellation under section 116 of the Australian Migration Act was "unreasonable" and said Djokovic must be released within 30 minutes.

"We all play by the same rules,” said Kelly.

"Stated in other terms: those rules were not observed."

However, Christopher Tran, counsel for the Australian Government, informed the court that the country’s Immigration Minister Alex Hawke may consider whether to exercise the power to cancel Djokovic’s visa again.

Djokovic had been granted a medical exemption to enter Australia after his application was assessed by two independent panels of experts assembled by Tennis Australia and the Victoria Government.

He was said to have initially met conditions set out by the Australian Technical Advisory Group on Immunisation, but Australian Border Force said Djokovic failed to "provide appropriate evidence to meet the entry requirements to Australia".

"What more could this man have done?" Kelly told the court.

"Here, a professor and an eminently qualified physician have produced and provided to the applicant a medical exemption.

"Further to that, that medical exemption and the basis on which it was given, was separately given by a further independent expert specialist panel established by the Victorian state government."

Djokovic’s lawyer Nick Wood argued that the nine-time Australian Open champion had done "everything required of him by Tennis Australia".

The transcript of Djokovic’s interview with border force officials has been released after the court hearing where the tennis star confirmed that he had not been vaccinated.

Djokovic said he had contracted COVID-19 in June 2020 and added that "I had COVID recently", claiming that he had tested positive on December 16.

The transcript also reveals that Djokovic was given 20 minutes to explain why he should not have his visa cancelled.

"So you're giving me legally 20 minutes to try to provide additional information that I don’t have,” said Djokovic.

"At four o'clock in the morning?

"I mean you kind of put me in a very awkward position where at four in the morning I can’t call the director of Tennis Australia, I can’t engage with anybody from the Victorian state government through Tennis Australia.

"I [think] you put me in a very uncomfortable position."

He continued: "I wouldn’t be here sitting in front of you if I wasn’t complying with all the rules and regulations set by your Government."

Following the court verdict, Djokovic was taken away in a white van from the Park Hotel as he looks to resume preparations for the Australian Open.

Videos emerged of Djokovic supporters crowding around a car believed to be carrying the player with police pushing them away.

Djokovic’s participation at the opening Grand Slam of the year has sparked a diplomatic row and resulted in protests being held in Serbia calling for his release from detention.

His family staged a press conference today where his mother, Dijana Djokovic, claimed her son was "subjected to torture".

"We’re here to celebrate our son Novak, a boy who in his family learned not to put up with lies and cheating," she said.

"He always fought for justice.

"He’s done nothing wrong, he hasn’t broken any of their laws and he was subjected to torture, to harassment.

“He fought against that system and the Government because he thought he had the right to be there and he went there to win the tournament."

Australia has implemented some of the world's toughest COVID-19 countermeasures, with Australian Open host city Melbourne spending a total of more than 250 days in lockdown since March 2020.

The Czech Republic's Renata Voráčová left Australia having been detained at the same hotel as Djokovic.

The world number 80 doubles player arrived in the country with the same vaccine exemption as Djokovic on the grounds that she had contracted COVID-19 in the past six months.

Unlike Djokovic, Voráčová decided not to appeal against her deportation.

Djokovic is tied for the record number of men's singles Grand Slam titles on 20, alongside Spain's Rafael Nadal and Switzerland's Roger Federer.

The Australian Open is scheduled to run from January 17 to 30.