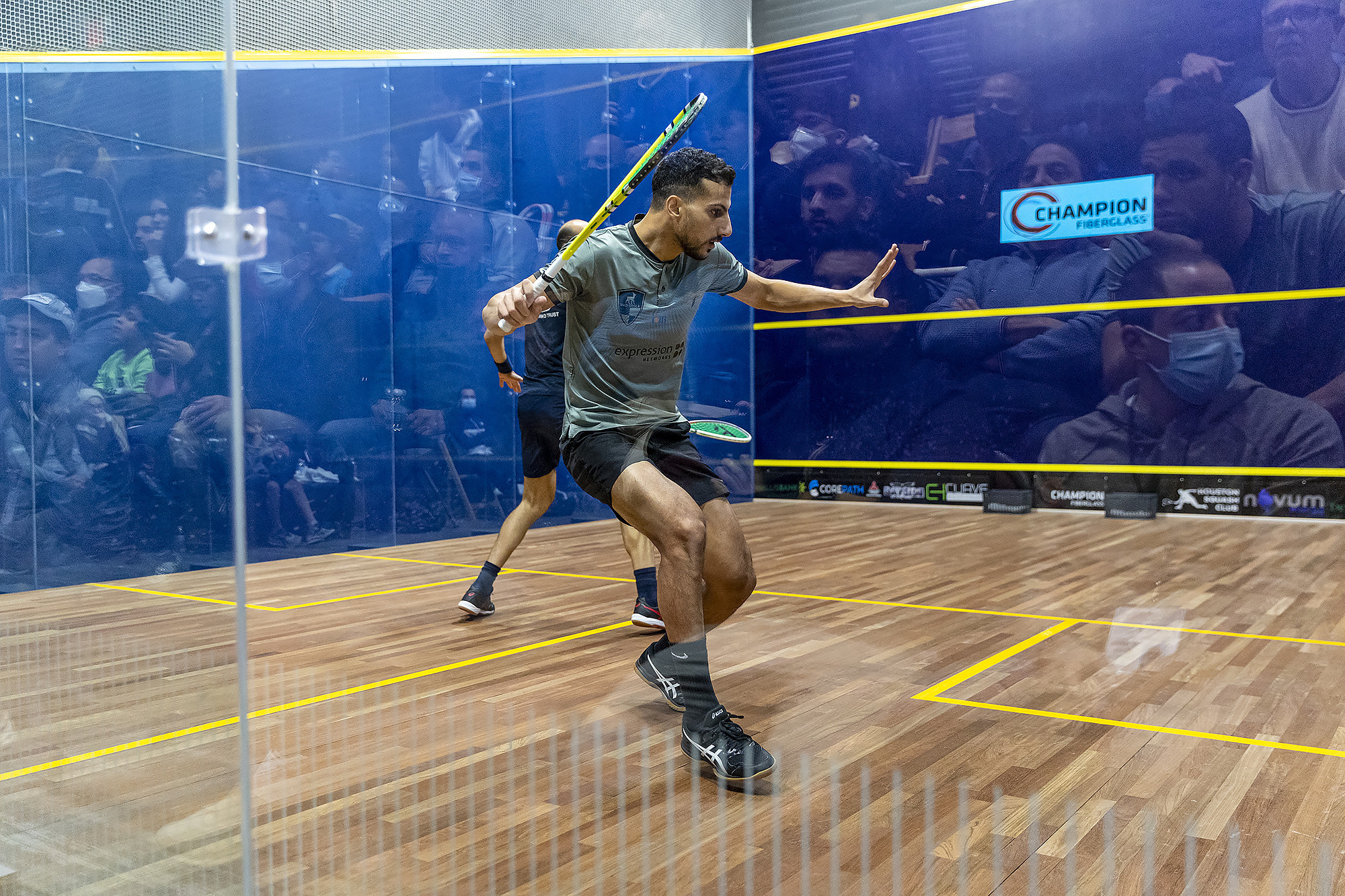 Despite enduring a stretch of winning just nine points out of 31 midway through the match, Hesham, the number six seed, defeated compatriot and number four seed Marwan ElShorbagy, who he had not beaten in five attempts previously, 11-4, 5-11, 4-11, 11-3, 11-7.

The upset - the only one of the quarter-finals - came after Hesham required five games to beat Nicolas Mueller of Switzerland yesterday and sets up a surprising semi-final against Marche.

"These are the ones that stick with you forever," said Hesham.

"I always feel that it’s my second home here, as it’s just a 15-minute walk from my house.

"I think I should have done much better today, but my shins hurt me again.

"I’m not sure what’s happening; I kept saying to myself that it’s not going to come easy to me.

"I’ve fought so many things during my career and I’m still fighting every day.

"Something is always happening with my body as soon as I come close to winning.

"I’ve come a long way with my mental toughness and I’ve been working on myself."

🗣 "I regard Youssef extremely highly and I knew I had a very very tough time!"

World No.1 @AliFarag knew it would be tricky, but he got the better of @y_soliman97 in three to book his spot in the last four at the #HoustonOpen! pic.twitter.com/qlntUAFSDQ

"It was not the best squash of my career, of course, but I have been working a lot mentally over the last few years and reaching the semis of a Gold event, for me," said Marche.

"Of course, the draw was different and helped me a little bit but it is never easy to play these players, they all know how to put the ball away.

The other semi-final will be a stronger affair between Egyptian pair Ali Farag, the number one seed, and Mostafa Asal, the number three seed, after they respectively beat compatriot Youssef Soliman and Colombia’s Miguel Rodriguez in straight games.

Competition continues tomorrow with the semi-finals, before the final concludes the Houston Open on Sunday (January 10).