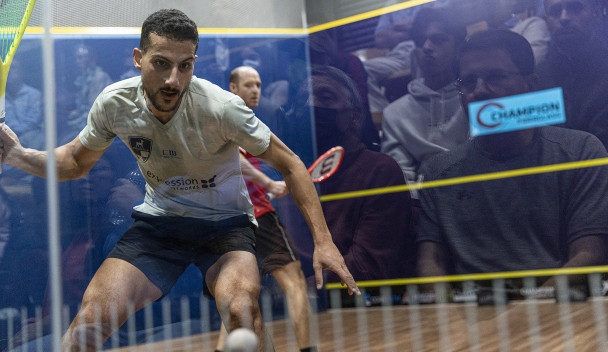 "It was really tough today and I had to work until the end," Hesham said.

"But a win is a win and I’m happy to win in a tournament like this, it’s very close to my heart.

"I know everybody here, it’s like a second home here, so it’s really good to win in front of them.

"I’ll focus on the next round now and see how it goes."

In the next round, Hesham will face compatriot and number four seed Marwan ElShorbagy after he defeated Mexico's Cesar Salazar in straight games, 11-8, 11-7, 11-7.

Tomorrow's action features all four quarter-finals, with six of the top eight seeds all having sailed through thus far.