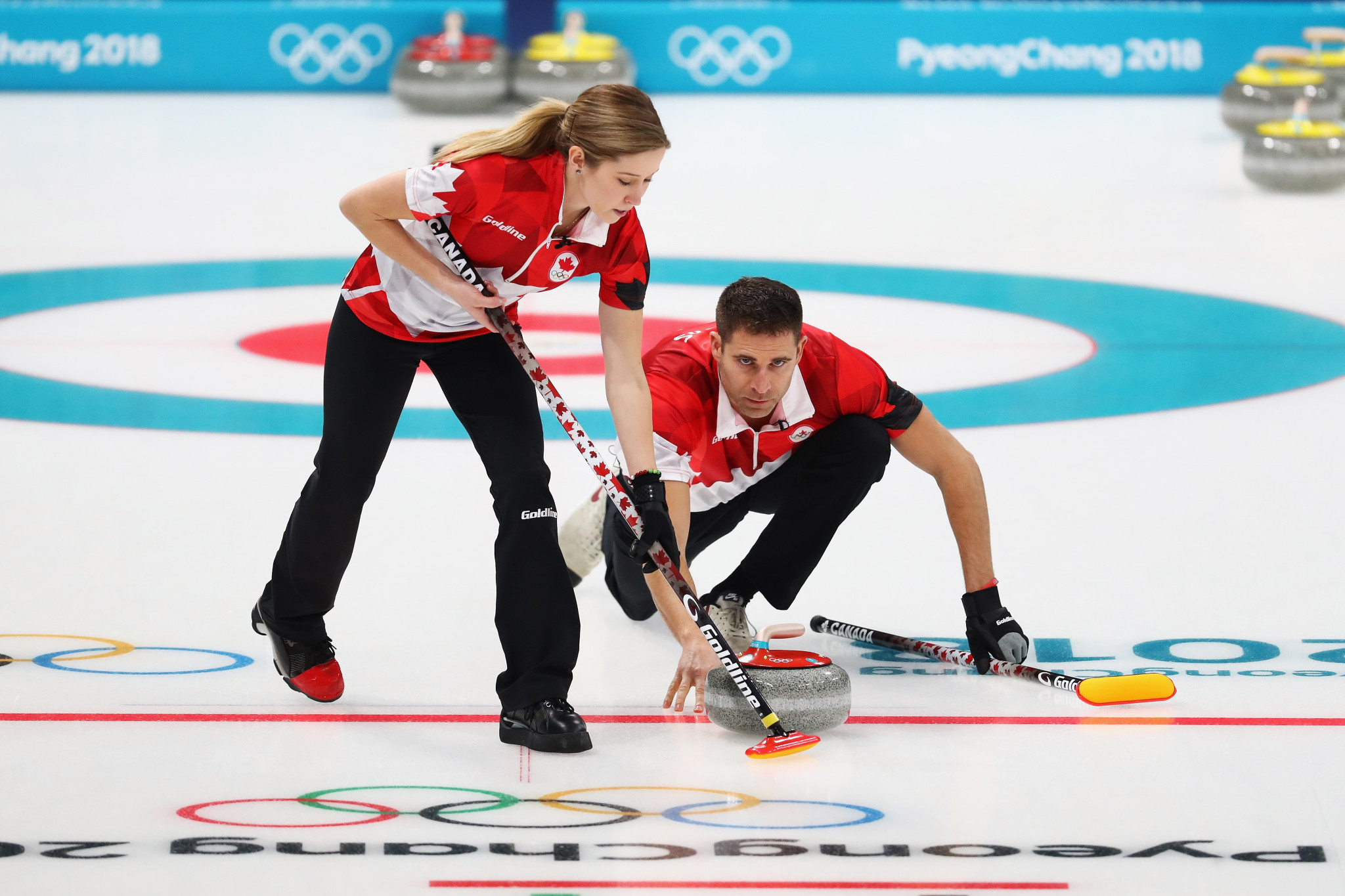 The event was slated to start tomorrow at Stride Place in Manitoba and run until Sunday (January 2).

It was set to determine Canada's mixed doubles team for the Beijing 2022 Winter Olympic Games as the nation looks to defend the title.

But Curling Canada’s selection plans have been dashed because of the emergence of the highly contagious Omicron coronavirus variant.

The governing body revealed that there had been a rise in positive tests among athletes who were scheduled to attend the tournament.

It also cited "risks associated with travelling" as another reason for the cancellation, claiming it was "impossible to stage the event in a safe, responsible manner".

Canada staged both the men's and women's World Curling Championships this year using bubble formats designed to protect participants from the risks posed by COVID-19.

"Unlike the Calgary bubble, which had months of preparation time and allowed athletes to self-isolate at home, and get tests done prior to their departure for the events, the dramatic rise in positive cases related to the sudden emergence of the Omicron variant across Canada in the past week made those safety precautions impossible to carry out," a statement from Curling Canada read.

While this is the right call, it’s an absolute gut-punch. The insane amount of time and money spent to qualify/prepare for this, all for naught. And curling isn’t the only sport affected… perhaps time to consider postponing the @olympics ? https://t.co/CfOQWTsim1

Curling Canada’s high-performance staff are set to consult with the Canadian Olympic Committee and Own The Podium - a not-for-profit organisation that helps to fund Olympic athletes - to decide the best process to nominate a mixed doubles team for the Winter Olympics.

Coronavirus cases are rising across Canada, with a record daily high of 742 reported in Manitoba on Friday (December 24).

This increase has prompted new restrictions to be imposed in Canada to mitigate the spread of Omicron.

Canadian curler Chelsea Carey said the decision to call off the trials was "an absolute gut-punch" but felt Curling Canada made the "right call".

"The insane amount of time and money spent to qualify/prepare for this, all for naught," Carey wrote in a post on Twitter.

"And curling isn't the only sport affected perhaps time to consider postponing the Olympics?"

Kaitlyn Lawes and John Morris teamed up to win Olympic gold at Pyeongchang 2018, where mixed doubles curling made its debut.

With Lawes set to compete as part of Jennifer Jones' women’s team at Beijing 2022, Morris is now linking up with Rachel Homan in the mixed doubles.

In September, Curling Canada announced that it would enforce mandatory vaccinations for participation in events staged by the organisation.