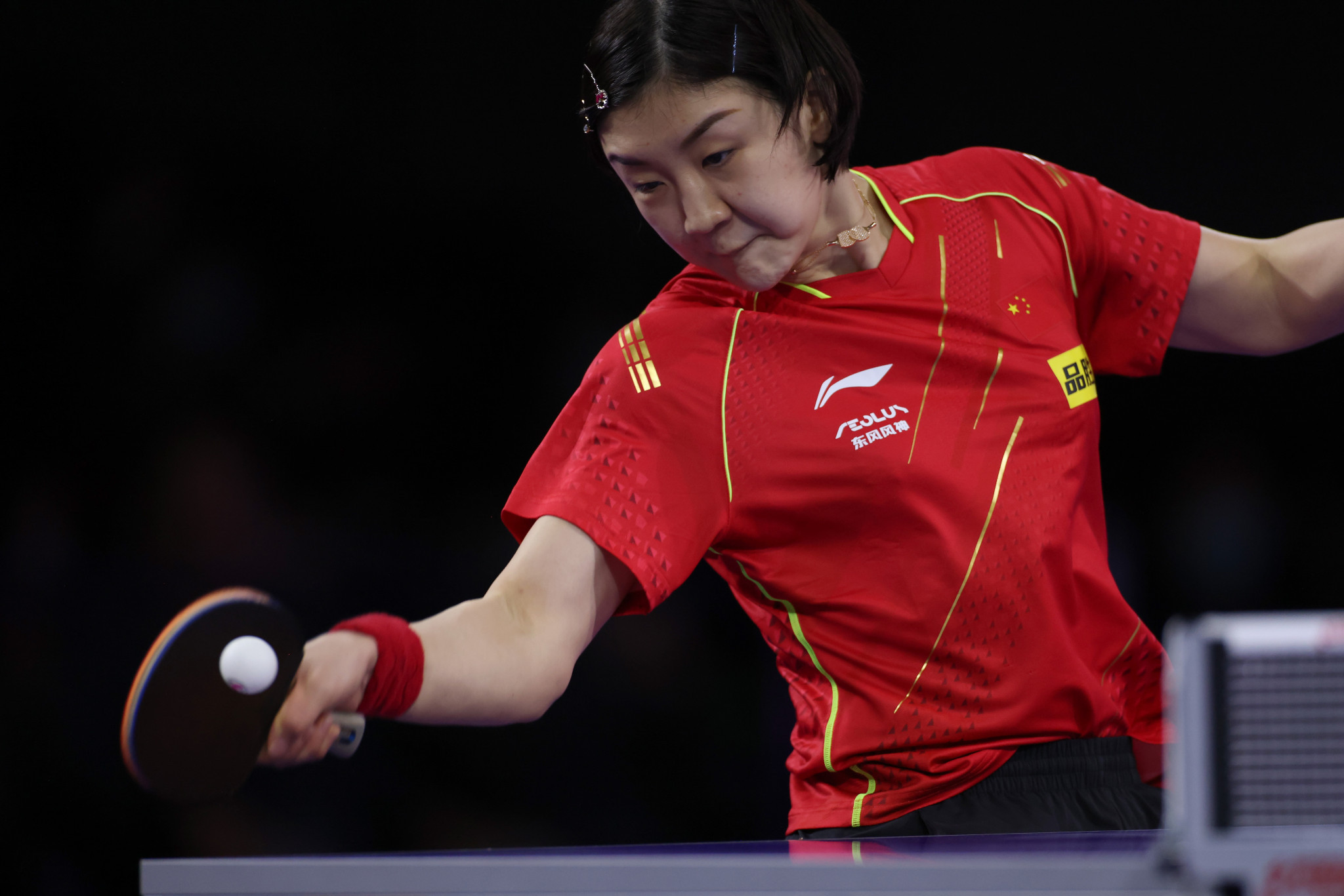 China's men's and women's world number ones, Fan Zhendong and Chen Meng, will be aiming for double glory at the inaugural World Table Tennis (WTT) Cup Finals in Singapore.

Launched this year, the WTT Cup Finals pit the top-16 ranked players in men's and women's singles against one another in a straight knockout competition.

Fan, who was recently crowned world champion, will face Germany's Patrick Franziska in the opening round of 16, while Chen, who has won just shy of 85 per cent of her matches throughout her career, will play Kasumi Ishikawa of Japan.

Meng is the strong favourite in the women's singles, having also won Olympic gold in the discipline at Tokyo 2020, but she had to settle for bronze at the World Championships in Houston last month as compatriot Wang Manyu took the title.

Manyu will open her WTT Cup Finals campaign against Doo Hoi Kem of Hong Kong, while fellow Chinese player Sun Yingsha, who won the silver medal at Tokyo 2020 and in the World Championships, will play Petrissa Solja of Germany.

In the men's singles, China's Olympic champion Ma Long is not due to compete, as is Germany's bronze medallist Dimitrij Ovtcharov.

Another Chinese star, Liang Jingkun, who won successive WTT Contender titles at the WTT Slovenia Hub, will also fancy his chances - he plays Nigeria's Quadri Aruna, who became the first African to reach a World Championship quarter-final in Houston.