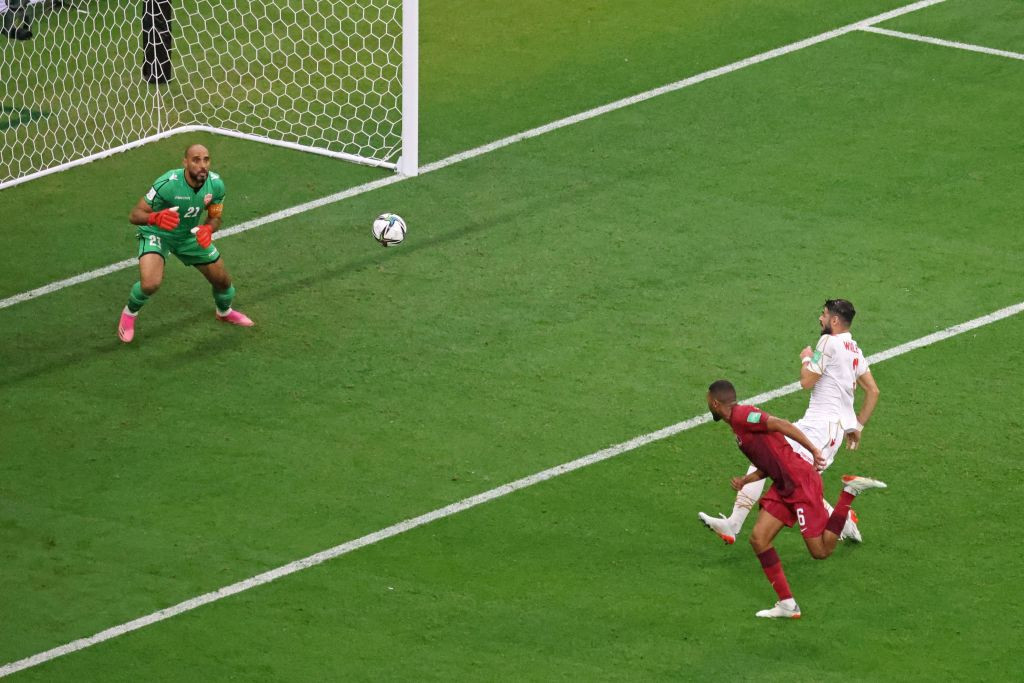 Hosts Qatar began their FIFA Arab Cup campaign with a victory as they beat Bahrain on the first day of the tournament.

Abdulaziz Hatem scored the only goal of the Group A clash at Al Bayt Stadium in Al Khor to ensure Qatar took maximum points from their opening fixture.

Hatem's 69th-minute header went in via the post before Qatar, the reigning Asian Cup champions, held firm to secure the win.

"They are an organised team with top quality.

"The first half was a little difficult, but later we had the better chances so we deserved the three points."

In the other match in the group, Hasan Abdulkareem's penalty deep into stoppage time salvaged a point for Iraq as they drew 1-1 with Oman at Al Janoub Stadium in Al Wakrah.

Salah Said Salim al-Yahyaei had put Oman ahead from the spot after 78 minutes but Iraq scored a dramatic equaliser in the eighth minute of added time.

Tunisia were in superb form in their opening game as they thrashed Mauritania 5-1 in Group B at Ahmed bin Ali Stadium in Al Rayyan.

Seifeddine Jaziri and Firas Ben Larbi both scored twice and Youssef Msakni also got in on the act in a thumping win for Tunisia.

The United Arab Emirates beat Syria 2-1 in the group's other match, with Caio and Ali Saleh scoring for the victors.

The 16-team tournament, taking place for the first time since 2012, continues tomorrow.

Semi-automated offside technology is being used at the competition, a test event for the 2022 FIFA World Cup in Qatar.