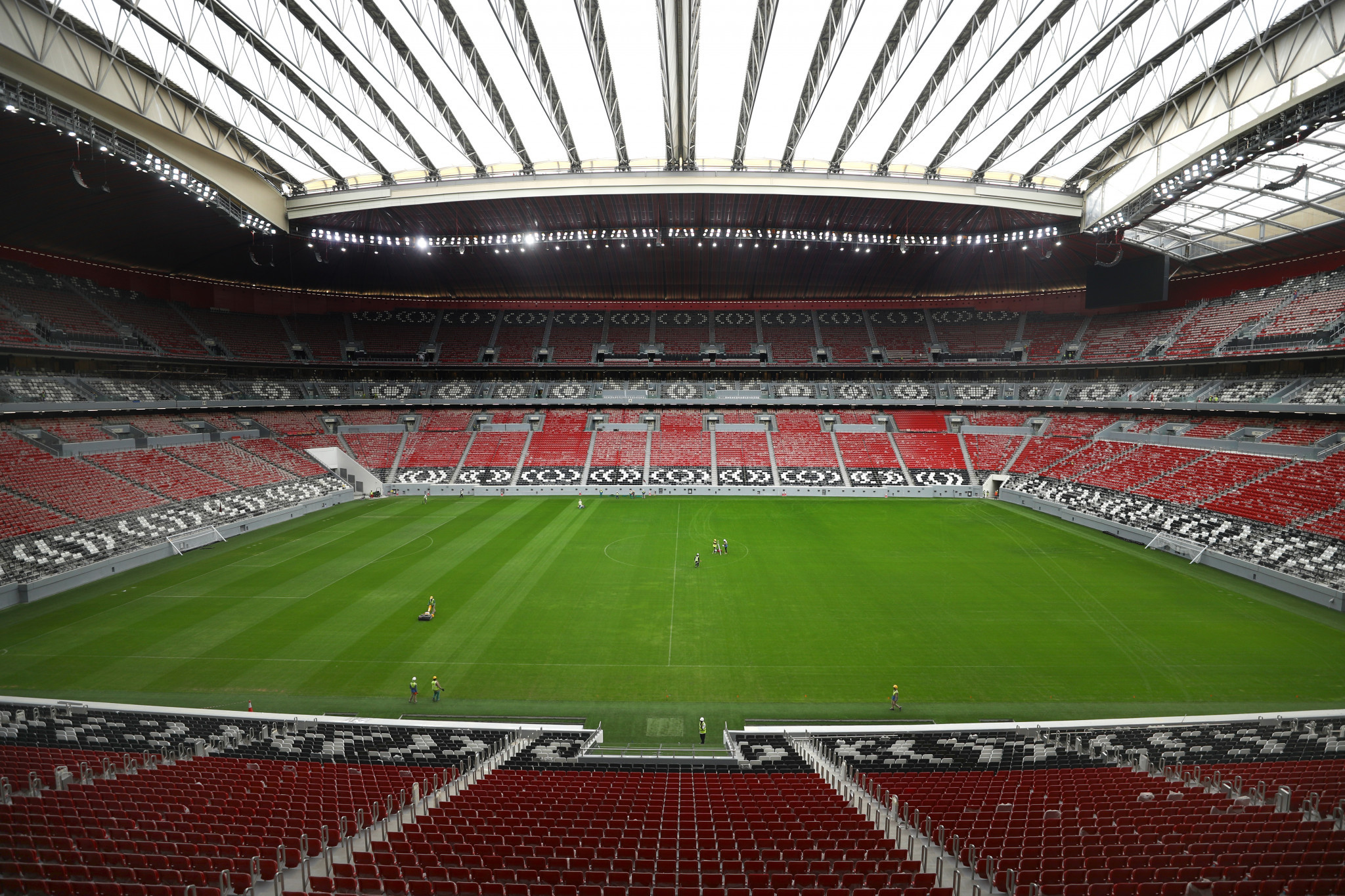 Supporters attending matches at the 2021 FIFA Arab Cup in Qatar will be required to be fully vaccinated as the country gears up its preparations for the hosting of the 2022 FIFA World Cup.

All ticket-holders for the tournament will be required to be fully vaccinated against COVID-19, FIFA said, with similar plans expected to be in place for next year’s World Cup.

"In light of the COVID-19 pandemic and as was the case for the FIFA Club World Cup 2020 and the FIFA Arab Cup Qatar 2021 qualifiers held in June 2021, the host country will provide the required safeguards to protect the health and safety of all involved in the competition," read a FIFA statement.

"Attendees must follow the travel advice from the Qatari authorities and the guidance from the Ministry of Public Health.

"Additional information on COVID-19 safety measures to access the FIFA Arab Cup 2021 stadiums will be available on FIFA.com.

"To date, ticket holders are required to be fully vaccinated."

At UEFA European Championship earlier this summer, several host venues imposed COVID-19-related requirements, with fans for matches at Wembley required to present proof of being fully vaccinated or a negative lateral flow test, and supporters from certain countries unable to travel to Italy, The Netherlands and other hosts to watch their team.

The tournament has been held nine times before, with Morocco the winners after beating Libya the final the last time it was played in 2012 in Saudi Arabia.

However, with the usual warm-up event for World Cup hosts, the Confederations Cup, abolished in 2019, this will be the first pan-Arab contest organised by FIFA.

The first match of the Arab Cup is scheduled for November 30 as Qatar take on Bahrain at the Al Bayt Stadium in Al Khor, which is also due to host the final on December 18.

Priority ticket applications for Visa cardholders opened yesterday (August 3), and sale phase one from September 28 to October 12 will see tickets allocated on a first-come, first-served basis.

Any final sales will be conducted from November 2 until the end of the tournament.

The Arab Cup will be hosted across six stadiums, all of which will be used for the World Cup next year.

The build-up to the tournament has been dominated by Qatar's record on human rights and scrutiny of its treatment of migrant workers.