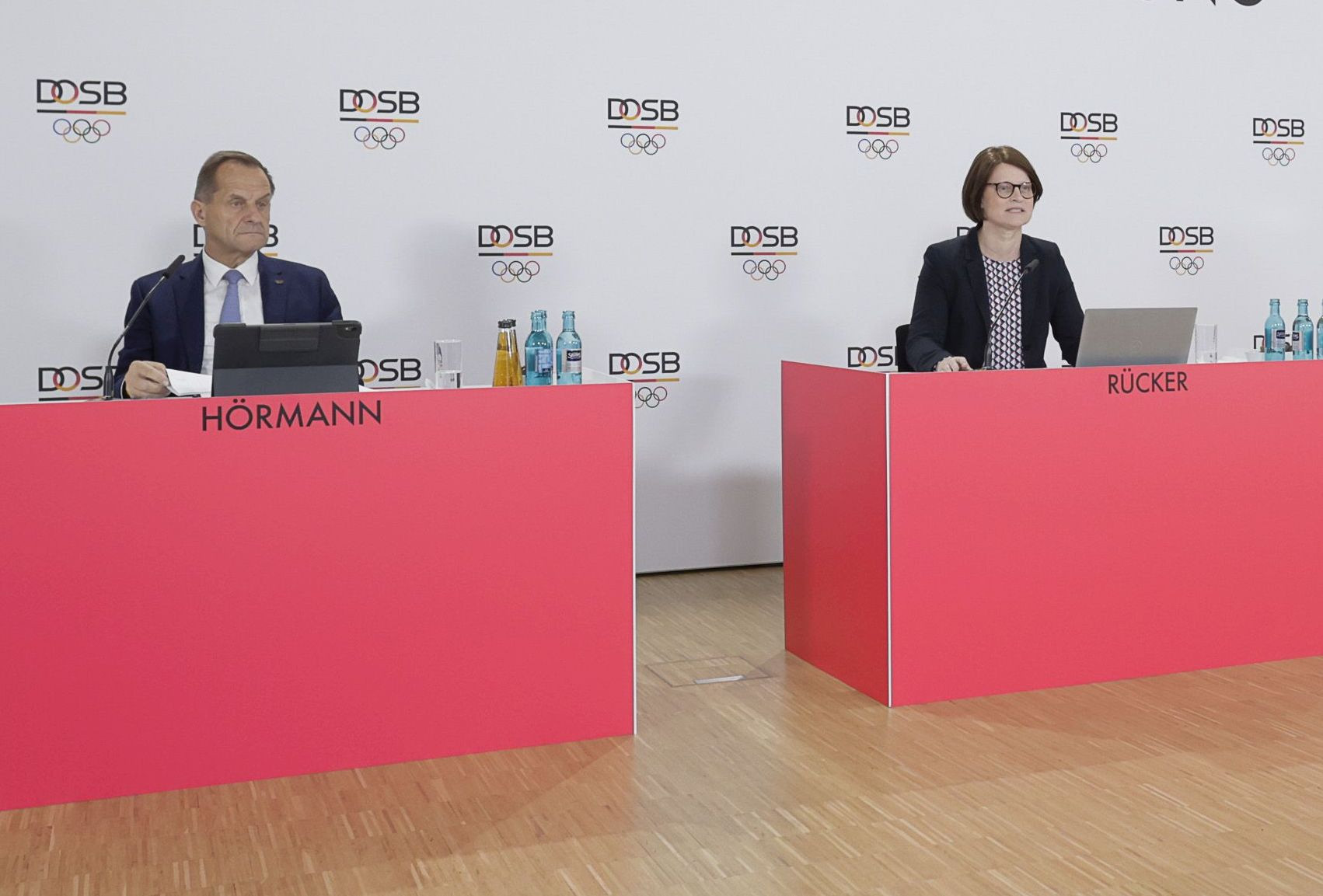 German Olympic Sports Confederation (DOSB) chief executive Veronika Rücker will leave the organisation at the end of 2021, with the official and outgoing President Alfons Hörmann defending attempts to identify the source of an anonymous letter which criticised the culture of the organisation.

A letter was published in May, which claimed there was a "culture of fear" within the organisation under Hörmann’s leadership.

Some staff were claimed to have been brought "mentally and psychologically over the limits of what they could take".

Allegations were also made that objects were thrown at employees, while Hörmann was criticised for having allegedly not worn a mask at meetings in breach of COVID-19 rules.

Former DOSB Board member Karin Fehres, who left the organisation last November, said she received a letter calling for her to confess to writing the anonymous letter.

It was reportedly suggested Fehres could face a criminal complaint if she did not admit to writing the letter.

The law firm which sent the letter to Fehres was reportedly commissioned by Rücker, Hörmann and DOSB chief financial officer Thomas Arnold.

"The allegations are absurd and baseless," Fehres wrote in response, according to Frankfurter Allgemeine Zeitung.

"I reject it emphatically and with all determination and make it unmistakably clear: I did not write the anonymous email of May 6, 2021 and I did not participate in it in any way."

The DOSB has since issued a joint statement from Hörmann and Rücker, which confirmed their attempts to identify the source of the anonymous letter.

The officials defended the approach as being "fundamentally correct" but said they understood if the process appeared "disproportionate".

"In addition to carrying out a cultural analysis and the resulting improvement measures, after numerous discussions we saw it as our duty and responsibility to also investigate the authorship and the background to the anonymous writing," the statement read.

"In doing so, we have also followed the assessment of the DOSB's legal advisors.

"On the basis of information given, we had to assume that an authorship outside of the DOSB's staff was an option.

"That is why we have commissioned a language expert to subject the anonymous writing to a scientifically sound test.

"Due to the clear statements on the possible authorship of the anonymous letter, which were prepared according to scientific standards, we followed the assessment of our legal advisers and made two attempts to clarify out of court with the former board member, which have now become public.

"In order not to let the process escalate further, the Board of Directors and Alfons Hörmann, as personally affected, decided immediately after a corresponding recommendation by the ethics committee at the end of October not to take any further legal steps.

"We are still convinced that it was fundamentally correct and that it was our responsibility to investigate the background of the letter in order to protect the DOSB.

"We can understand that the chosen approach appears disproportionate in retrospect and is rightly criticised.

"We regret if the procedure gave the impression that Dr. Fehres should be put under undue pressure.

"It was our aim to resolve the matter out of court and not to settle the matter publicly.

"We take full responsibility for this entire process, in which the board of directors and individual members of the presidium were only partially involved.

"This applies in particular to the letter from the lawyer, the content of which has only been approved by us."

Hörmann and Rücker added that the DOSB Presidium and Board has vowed to deliver an "orderly transition" to the next leadership.

DOSB lawyers have also been told to commission a documentation of the current process to pass on to the organisation’s Ethics Committee.

Rücker will also leave the organisation on December 31 after an agreement was reached to terminate her contract.

The DOSB officials also repeated claims that there was no culture of fear within the organisation.

The DOSB made the assertion earlier this week, citing interim results of an analysis into the organisation’s internal culture on November 2.

The organisation said the review consisted of 159 interviews, which were evaluated and summarised in an aggregated and anonymous form.

Three candidates are sending in the election to succeed Hörmann as DOSB President, with the search for a successor having been led by former German President Christian Wulff.

President of the German Fencing Federation Claudia Bokel and Stephan Mayer, Parliamentary State Secretary at the Federal Ministry of the Interior, Building and Community, are also in contention.

DOSB vice-president Andreas Silbersack has confirmed he will not seek re-election on December 4.