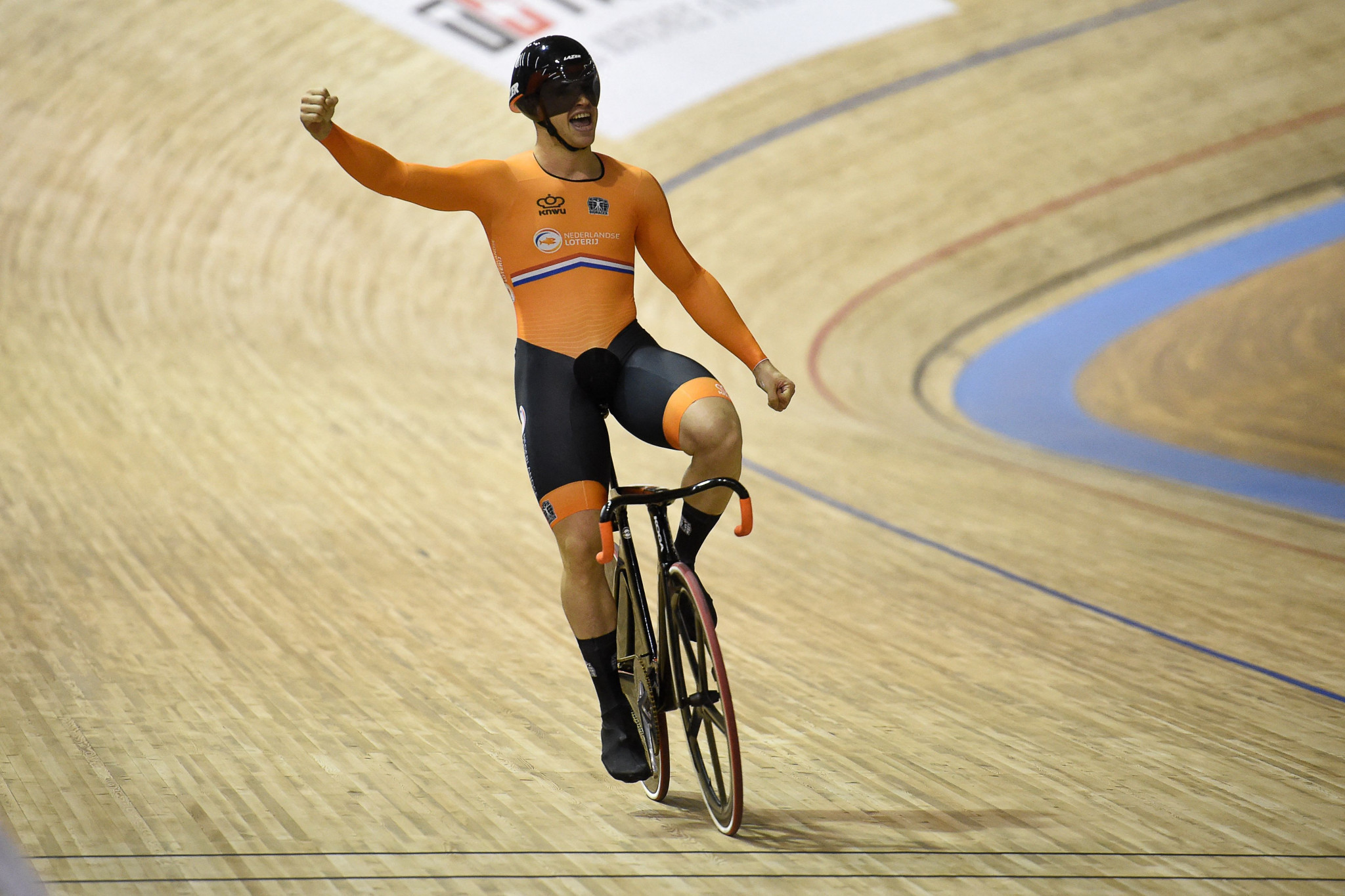 The points amassed then yield standings over the season, with riders' results throughout the year.

On the opening night of action in Mallorca, it was Tokyo 2020 gold medallist and multiple - and reigning - world champion Lavreysen who stole the show with a dominant sprinting performance.

Germany's Stefan Botticher won the kieren and sits second in the standings on 33 points.

In the women's sprint, Emma Hinze won an all-Germany tie to defeat Lea Friedrich, before finishing second in the kieren, which was won by Kelsey Mitchell of Canada, to lead the Canadian by 37 points to 35 at the top of the standings.

In the endurance events, Britain's Katie Archibald continued her excellent 2021 by winning the elimination race and finishing fourth in the scratch race, meaning she leads the endurance women's standings on 33 points.

Maggie Coles-Lyster of Canada won the scratch race to sit second in the standings on 30 points.

Meanwhile, New Zealand's Corbin Strong was utterly dominant in the men's endurance events, winning both the elimination and scratch races to lead the way on 40 points.

The next round of the UCI Track Champions League takes place on November 27 in Panevezys in Lithuania.