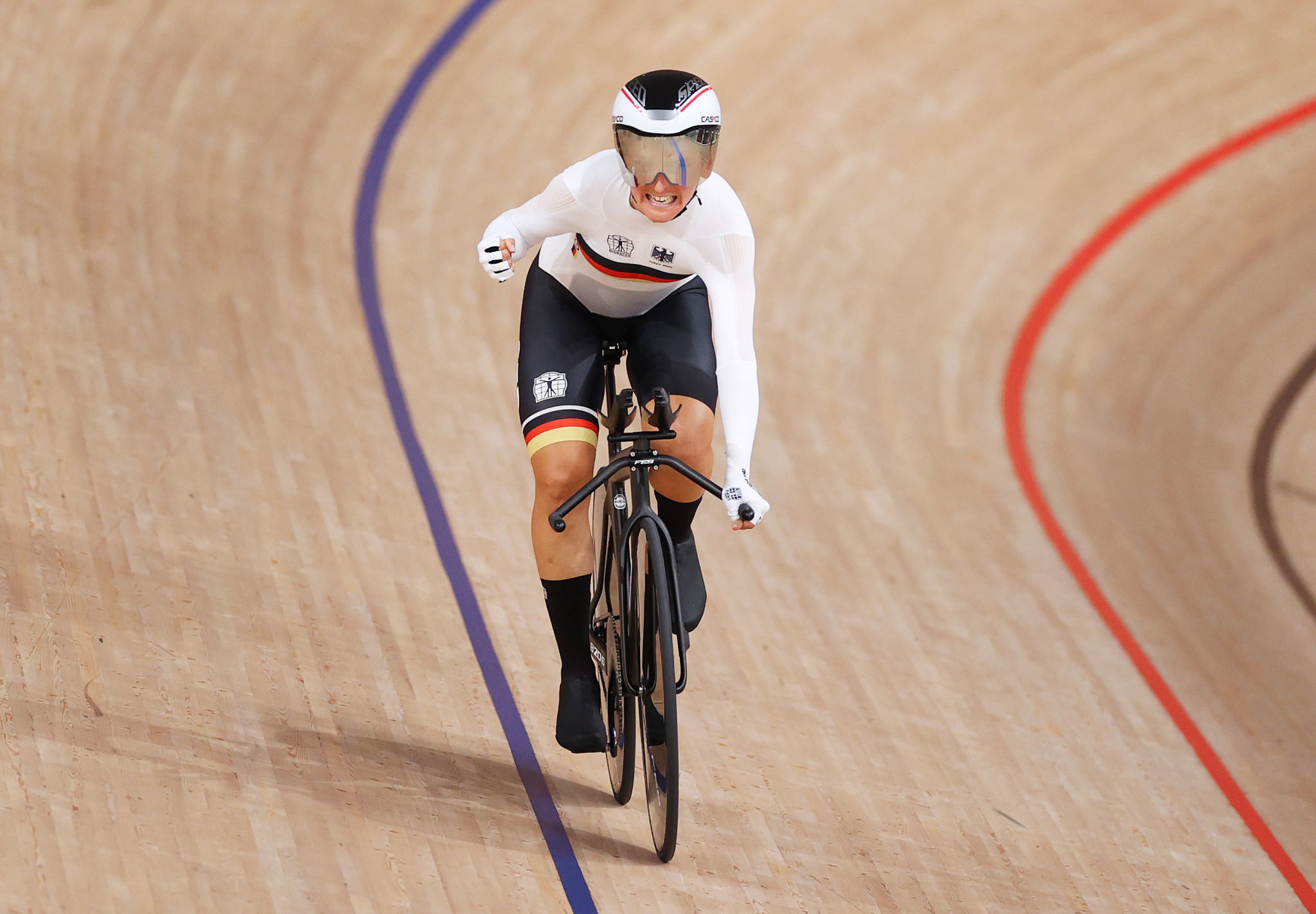 Germany gorged on medals to make history in the women's individual pursuit at the International Cycling Union (UCI) Track Cycling World Championships in Roubaix as they occupied all three places on the podium for the first time ever.

Lisa Brennauer comfortably beat Franziska Brauße with a time of 3min 18.258sec as her compatriot crossed the line in 3:22.980 at the Vélodrome Couvert Régional Jean-Stablinski in France.

In the bronze medal race, Mieke Kröger led Martina Alzini from start to finish as the Italian was forced to retire with 500 metres remaining.

All three of the medal winners were members of Germany's Tokyo 2020 team pursuit winning squad.

There was more success for Germany as Lea Sophie Friedrich claimed her second medal of the event after winning the women's 500m time trial to add to her silver medal in the women's sprint.

The Tokyo 2020 silver medallist finished in 33.057 to pip the Russian Cycling Federation duo of Anastasiia Voinova and Daria Shmeleva who followed 0.106 and 0.107 seconds later.

The Netherlands duo of Amy Pieters and Kirsten Wild secured first place in the women's madison after racking up 35 points over the 120 lap, 30km race.

It is the pair's second consecutive madison win at the World Championships.

Over the 34 mins 4secs of racing Pieters and Wild won a pack-leading four of 12 sprints as well as collecting 15 points from five other sprints.

They beat France's Clara Copponi and Marie le Net into silver after they collected 30 points while Katie Archibald and Neah Evans of Britain made up the podium with 24 points despite placing in the top four for the most sprints with 10.

Italy's Letizia Paternoster - who won the first-ever women's elimination at the championships - and Rachele Barbieri won the final two sprints in a stunning last gasp attempt to steal bronze.

However, they fell just short on 23 points as Britain won a vital two points on the last sprint.

In the final event of the day, Britain's Ethan Hayter dominated the men's omnium.

The Olympic silver medallist topped the standings in three of four contests - the scratch race, tempo race and points race - in the event and came fourth in the elimination race.

Hayter became the first British man to win the omnium since Ed Clancy in 2010.