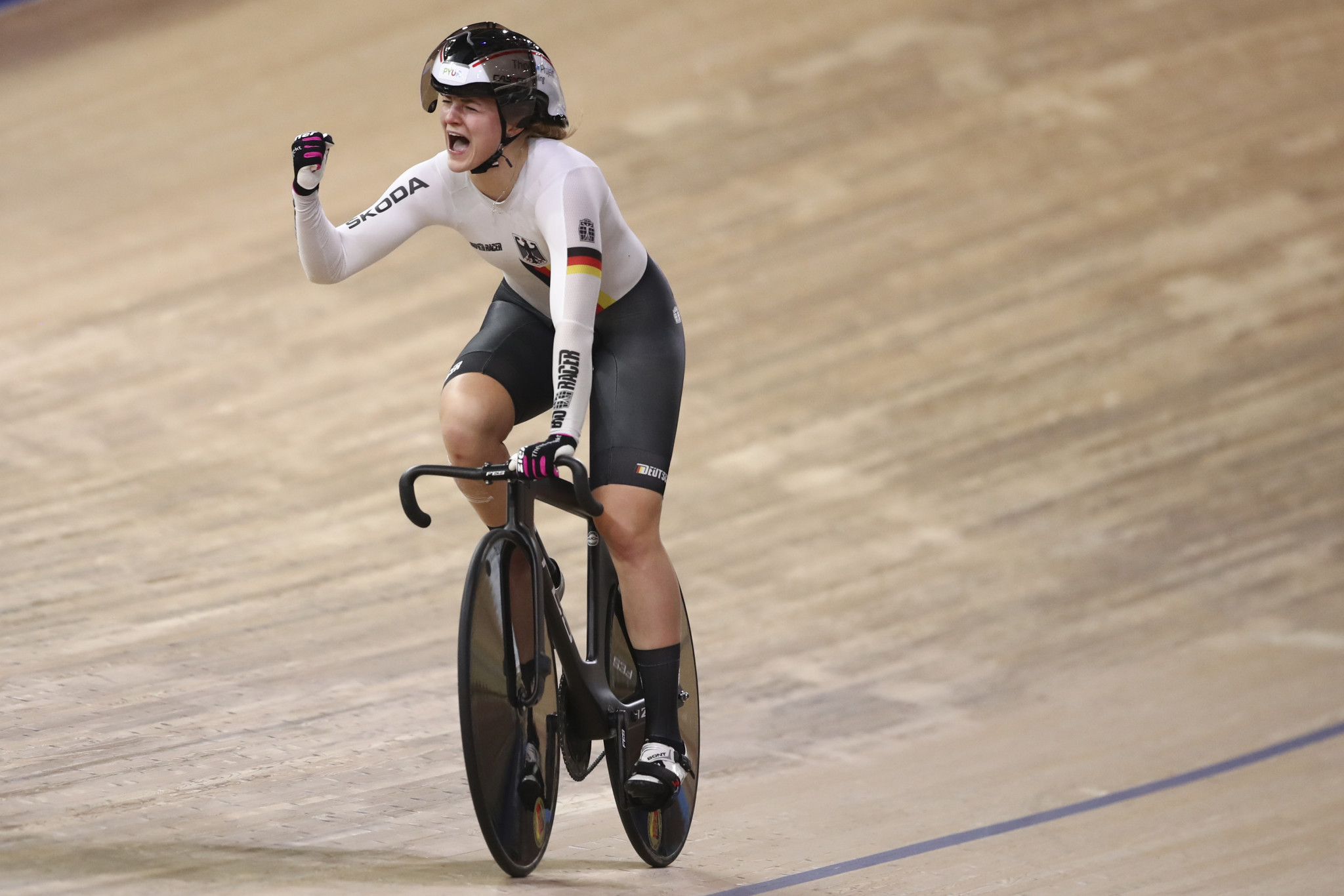 The Olympic sliver medallist won the women's keirin by a whisker in 11.189 seconds as Japan's Mina Sato finished 0.068secs later.

Friedrich also won gold in the 500-metre time trial and team sprint as well as a silver medal in the women's sprint to add to her double gold medal-haul at the 2020 World Championships in Berlin.

The Netherlands secured a one-two finish in the men's sprint with double Olympic champion Harrie Lavreysen beating Jeffrey Hoogland in both races in the final.

Frenchman Sébastien Vigier claimed the bronze medal after being taken to a decider by Germany's Stefan Bötticher.

Vigier won by 0.044secs in the final showdown to earn his first World Championships gold.

Despite some stunning performances, The Netherlands came second overall in the championships with five gold medals to Germany's six.

Your final medal table of #Roubaix2021

Elia Viviani of Italy lasted for 13 mins 49 secs in the men's elimination race and won the gold medal after beating Portugal's Iúri Leitão in a nail-biting final lap.

Sergei Rostovtsev of the Russian Cycling Federation secured bronze to round out the podium.

Lasse Norman Hansen and Michael Mørkøv combined to win the men's madison and give Denmark its first and only medal of the competition.

The pair won five of a possible 20 sprints and scored points in a further eight to bag 68 points, beating Italy by just four.

Simone Consonni and Michele Scartezzini of Italy underperformed in the sprints but gained 40 of their 64 points from lapping the other teams.

The 25-year-old almost threw it away as she crawled across the line in 18th while Britain's Katie Archibald earned 10 points from the final sprint.

It was not enough for Archibald, however, as she finished four behind on 72 points.

The 2018 points race winner Kirsten Wild of The Netherlands won bronze, but was some way off the pace on 60 points.