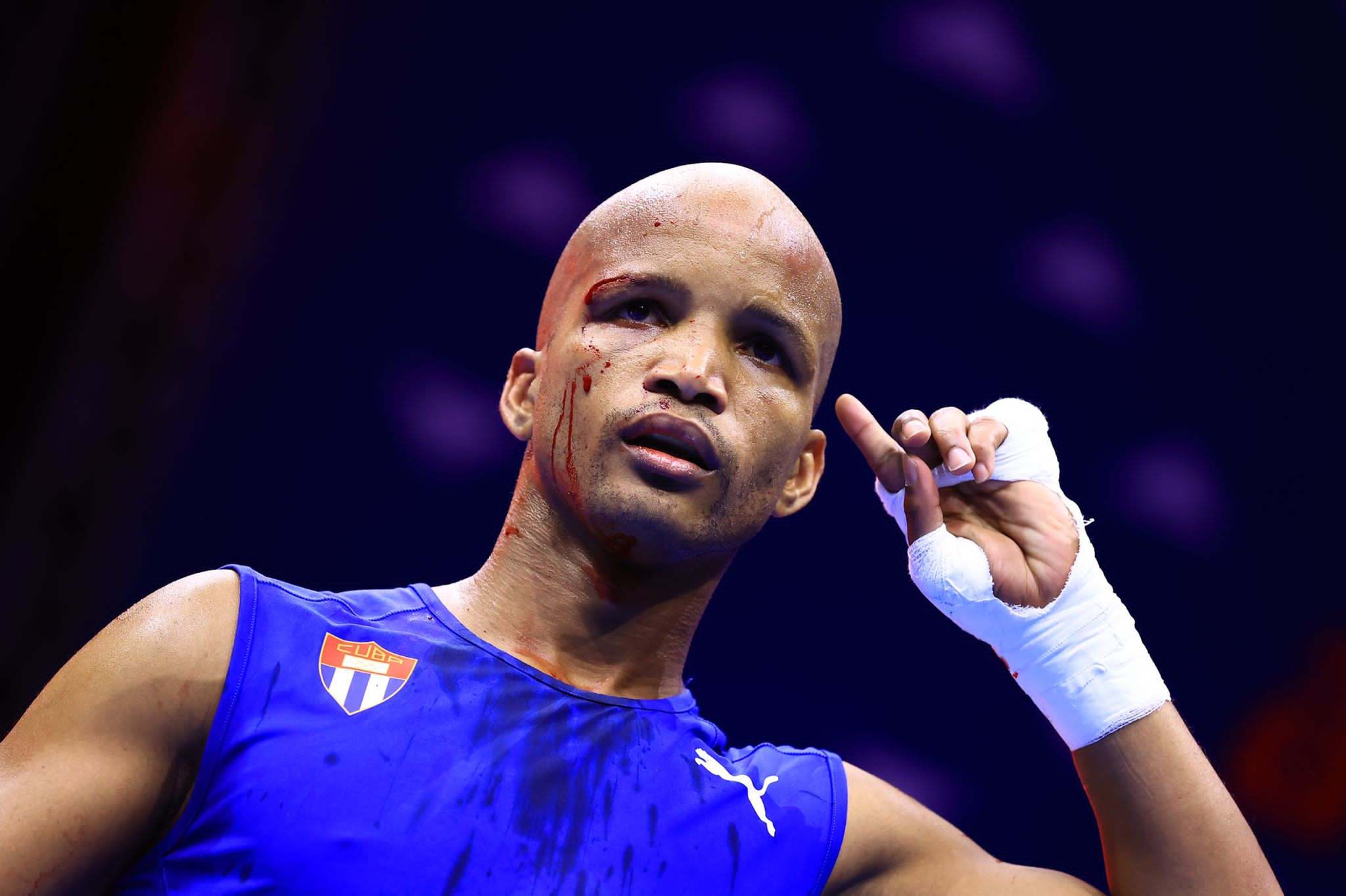 Cuba's Roniel Iglesias, who is the defending welterweight champion from the Tokyo 2020 Olympics, has been knocked out in the first round of the under-71 kilogram tournament at the International Boxing Association (AIBA) Men's World Boxing Championships in Belgrade.

It was a day to forget for Cubans at the Štark Arena, with the opening bout in the afternoon session seeing the 2009 world gold medallist crash out to Jordan's Zeyad Eashash.

Iglesias had moved from under-67kg to under-71kg since Tokyo 2020, but was still regarded as a medal contender before his match was cut short due to referee's stoppage, as he had a major cut near his eye.

With the referee deciding he could not go on, it went to judge's scoring after one round, which the Jordanian won.

There was more heartbreak for Cuba in the under-60kg, as Japan's Hayato Tsutsumi defeated under-57kg Tokyo 2020 bronze medallist Lazaro Alvarez.

One of the talking points of the day was the number of referee stoppages, with two coming in the space of the first four bouts.

The other, aside from Iglesias', took place in the bout between Farhad Moradi Atashgah and Kazakhstan's Aslanbek Symbergenov, with the Iranian sustaining a cut and ultimately losing on points in the under-71kg.

Scotland's Stephen Newns rounded off the under-71kg bouts with a dramatic 3-2 split decision win against Brazil's Luiz Fernando da Silva, letting out a roar when the verdict was announced.

One Cuban who did progress today was Herich Ruiz in the under-86kg, eliminating the home favourite, Serbia's Slobodan Jovanovic.

In the same weight category, Victor Schelstraete of Belgium landed the best knockout of the tournament so far, thumping Asian youth champion Shokhjakhon Abdullaev of Uzbekistan, who landed on the mat like a cartoon character.

Right hand out of nowhere and KO🥊

South Korea's Kim Hyeong-kyu won against India's Lakshya Chahar after another referee's stoppage due to an accidental injury.

Kim was leading after round one and, as a result, progressed to Lakshya's dismay.

England's Conner Tudsbury was a unanimous victor against Israel's Yan Zak; Matus Strnisko of Slovakia came from behind to beat Mexico's Rogelio Romero, who let his lead fall from his grasp after a passive final round.

The biggest non-Serbian cheers of the night went to the Democratic Republic of Congo's Christopher Luteke, who defeated Venezuela's Nalek Korbaj Barrera in the final contest of the afternoon session, sending his contingent of supporters into song.

Other Serbian wins went to Omer Ametovic in the under-48kg and Semiz Alicic in the under-60kg categories, having defeated Turkey's Muhammet Unlu and Ireland's JP Hale respectively.

Yauheni Karmilchyk of Belarus has to be considered one of the favourites for gold after his rousing performance in his under-48kg bout with Sri Lanka's Sajeewa Mutunaka, having knocked him down twice within the first minute to win by knockout.

Russian Boxing Federation's (RBF) Edmond Khudoian was another standout performer in his match at the same weight with Ukraine's Andrii Yefymovych.

In the other under-60kg matches, Slovenia's Tadej Cernoga held onto the win by the skin of his teeth with a tight 3-2 split decision victory over Bulgarian Kiril Rusinov.

Another tight contest was played out between the United States' Jonathan Mansour and the RBF's Vsevolod Shumkov.

It was back-and-forth, but Shumkov's aggression in the last round paid off to defeat the American.