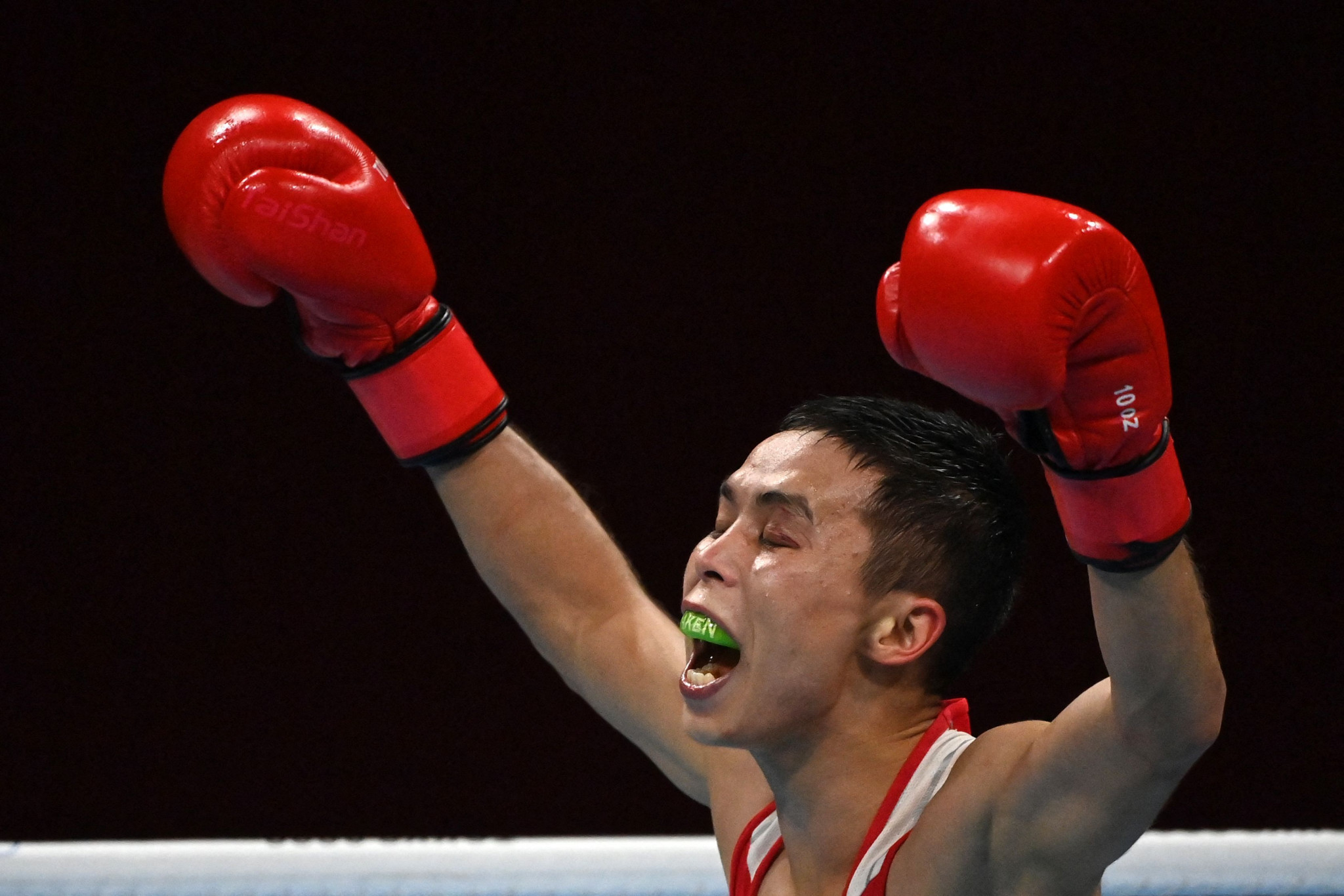 Saken Bibossinov of Kazakhstan emerged victorious from a high-stakes opening round bout on the second day of the International Boxing Association (AIBA) Men's World Boxing Championships in Belgrade to progress in the under-51 kilogram category.

He was one of various boxers to make the round of 32 at the weight, with another medal contender progressing too - Colombian Yoenlis Hernandez Martinez.

The Rio 2016 silver medallist defeated England's Kiaran MacDonald despite losing the first round.

Belarus' Dzianis Salotskikh looked relieved when given the nod in his bout against Tanaka Syogo of Japan, winning on a split decision 3-2 in one of the tightest opening round matches so far.

Deepak was one of a few Indian winners today after beating Kyrgyzstan's Azat Usenaliev, while Puerto Rican Yankiel Rivera Figueroa won on a 3-2 split decision against Scotland's Mulligan Lennon.

Cuba had a successful day, starting with Andy Cruz Gomez's victory in the under-63.5kg against Panama's Jonathan Miniel.

Sumit Sangwan gave India a victory at the same weight against Jamaica's Damon O'Neill, and Uzbekistan's Saidjamshid Jafarov progressed with a win over Lukas Ferneza of Slovakia.

Iranian boxer Seyedshahin Mousavi trounced Zharkynbek Turatov of Kyrgyzstan, who twice was given a warning for his fighting conduct.

In an extremely close encounter that could have gone either way, Lewis is narrowly beaten and exits the competition. pic.twitter.com/V9Wx50fwL6

The crowd were electric for Serbian Almir Memic, who got the best of England's Lewis Richardson in a very tight contest to send the evening audience into a frenzy.

A few bouts later, that same frenzy returned when Magomedov Sadam gave the home nation another victory, coming from behind to bust open Turkey's Emir Buyukdag and send him to the ground in the final seconds in the under-92kg.

England's Lewis Williams followed him in the session and was dominant in the judges' score, beating Rauf Rahimov of Azerbaijan.

Kristiyan Nikolov of Bulgaria and Ren Umemura of Japan were two of nine winners in the under-80kg category, beating South Korea's Kim Gichae and Czech Republic's Maxim Schejbal in their fights.

In the sole over-92kg bout in the round of 64, India's Narender sunk Oskar Safaryan of Poland on split decision 4-1.