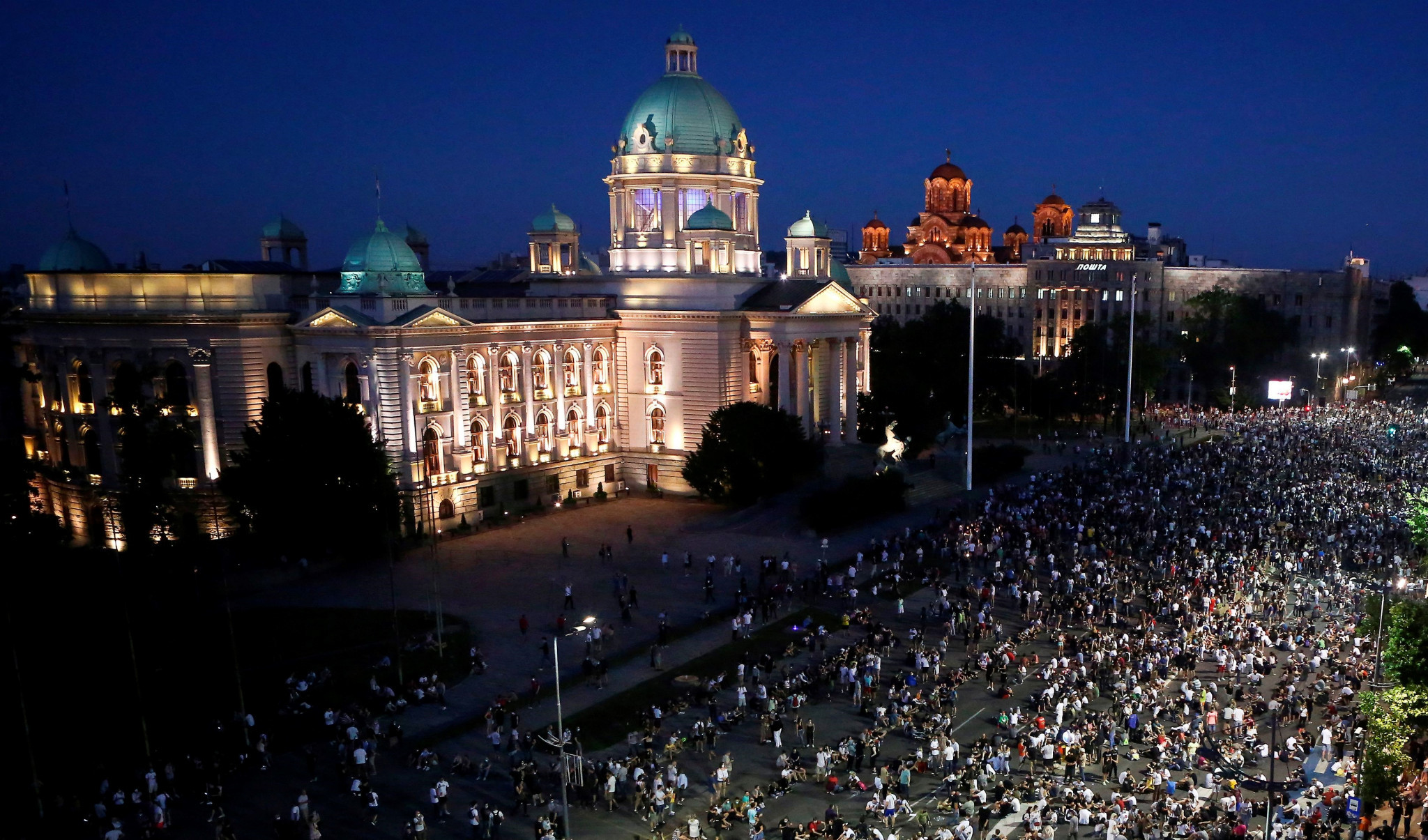 Boxers from across the globe have landed in the Serbian capital Belgrade and started their preparations for the International Boxing Association (AIBA) Men's World Boxing Championships, which are due to open on Sunday (October 24).

A total of 105 nations are expected to compete at the competition here, which is scheduled to end on November 6.

One of the teams that arrived this evening was Uzbekistan, who topped the medals table with three golds at the last edition of the World Championships in the Russian city Yekaterinburg in 2019.

Arriving at a similar time was Ireland, with seven athletes entered.

Irish Athletic Boxing Association President Dom O'Rourke joined the squad, which is also assisted by a team of three coaches and a manager.

On the same flight were members of the the British boxing team, with nine British boxers entered into AIBA's flagship men's event.

Among them is Birmingham 2022 Commonwealth Games hopeful Delicious Orie, who is to compete in the super-heavyweight category.

One of the most impressive delegations to arrive was from Ukraine, which can boast a squad of 23 athletes and other personnel.

First day in the training venue 💪@TeamUSA 🥊 looking sharp and ready to take on the world at the @AIBA_Boxing World Championships! pic.twitter.com/Qc9p5Cdqu9

The United States might be on the forward foot at the World Championships, with their boxers having their first training session this morning in Serbia afire arrived a day before many of the other teams.

Kazakhstan want look to top the medal table, according to the team's head coach Kairat Satzhanov, who is overseeing a squad that is to compete in all 13 weight categories for the first time.

"There will be a lot of competition in Belgrade, Olympic champions, champions of Asia, Europe and the world will take part in the championship, but our boxers are well prepared, everyone wants to box," said Satzhanov.

The captain of the team is Abylaikhan Zhusupov, who is a two-time world medallist and two-time Olympian.

Bronze medallist from the 2019 World Championship and the Tokyo 2020 Olympics Saken Bibossinov is also in the Kazakhstan squad.