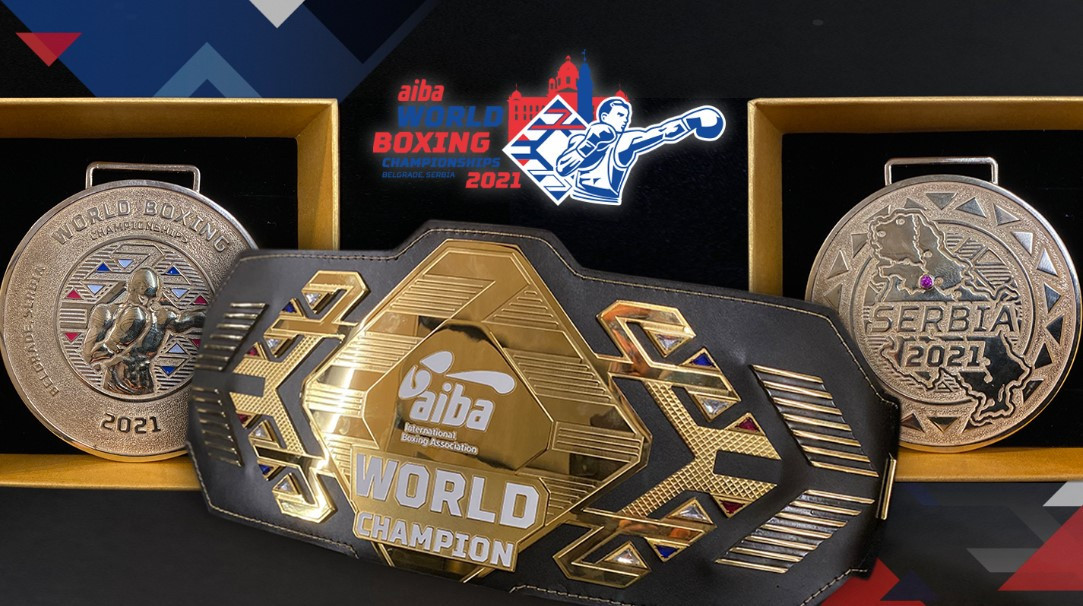 The International Boxing Association (AIBA) is set to award the winners of the Men's World Boxing Championships with specially designed belts and medals which are made from solid gold and silver.

"We hope to give our athletes more reasons to push themselves and achieve greatness," said AIBA President Umar Kremlev.

"With this prestigious title, not only will the champions receive medals and belts to keep and wear with pride, but also significant prize money.

"I am confident that this will motivate the younger generation to go into boxing gyms, train hard and reach new heights."

White gloves with coloured AIBA logos will replace the traditional red and blue as the event's official gloves.

"White gloves will symbolise the fresh start, fairness and transparency of our major events," said Kremlev.

"We will do our utmost to ensure a fair chance for everyone."

A total of 650 athletes have registered to compete at the competition in the Serbian capital of Belgrade across 13 weight categories.

The competition is scheduled to take place from October 24 to November 6 in the Belgrade Arena.

It will be the second time that Belgrade has hosted the AIBA Men's World Boxing Championships, with the first coming in 1978 when the city was a part of the former Yugoslavia.