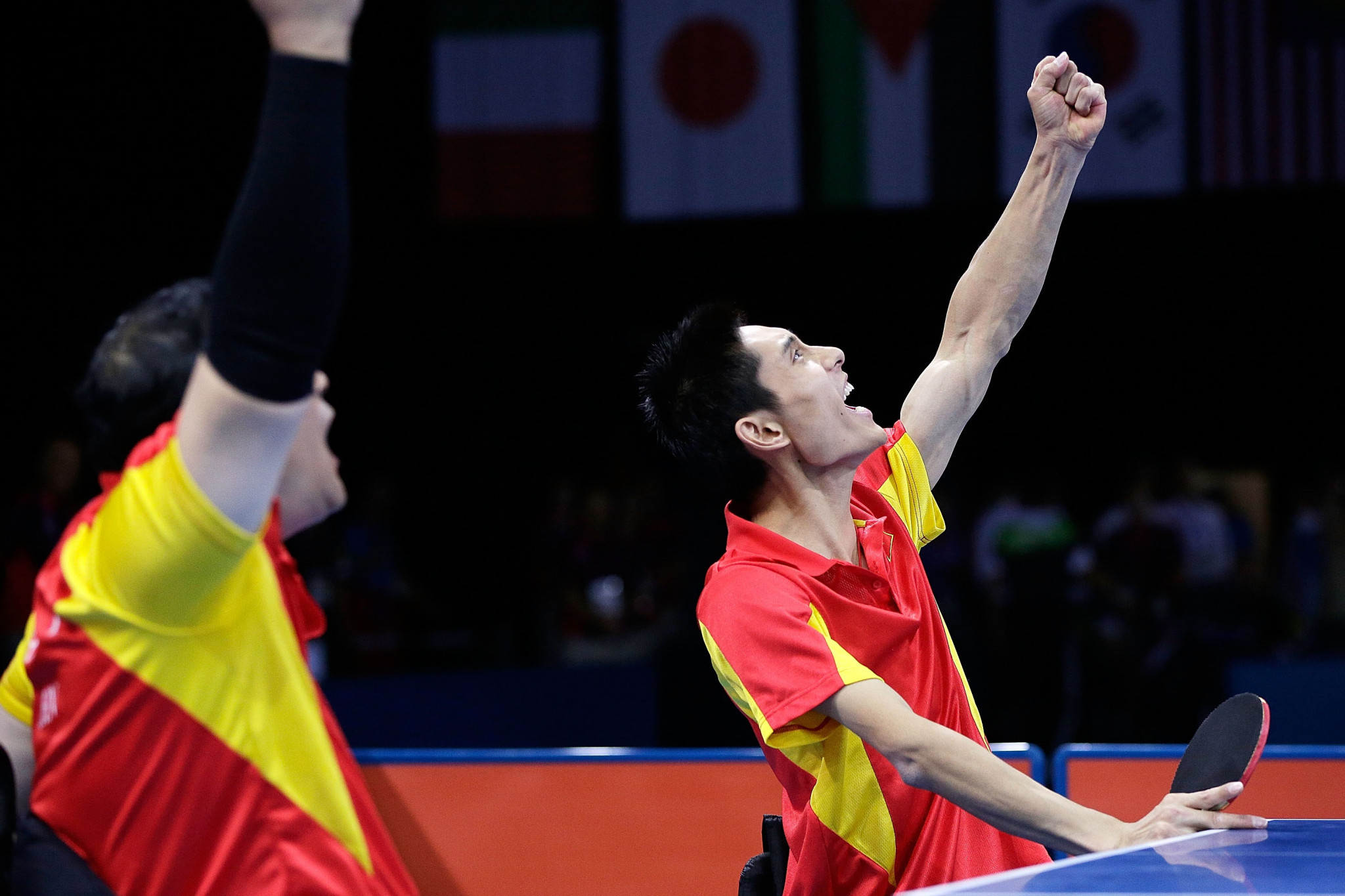 Feng looked in complete control, reeling off nine straight points on his way to establishing a two-game lead, but Schmidberger refused to roll over and almost pulled off an unlikely victory.

Feng will now look to secure a seventh Paralympic crown when he competes in the team competition.

The 31-year-old did not take long to settle into the match against Schmidberger as he burst into a 7-3 lead in the opening game.

Schmidberger battled hard but Feng kept his nose in front, winning a 25-stroke rally to move 9-7 ahead, before going on to seal the first game 11-9 with a powerful forehand.

After narrowly losing the first game, Schmidberger hit straight back by winning the opening three points of the second.

Feng then put together a run of nine successive points to regain control as Schmidberger pushed a series of shots long.

Despite losing the second game 11-4, Schmidberger found his feet and was now going toe-to-toe with Feng.

With the third game level at 3-3, Schmidberger found an extra gear as he powered into a 9-4 lead.

Feng managed to win the next two points but then pushed a backhand wide to give his opponent four game points.

Feng was suddenly under all sorts of pressure, his error count ballooning while Schmidberger cranked up the heat.

Schmidberger took the fourth 11-4 in impressive fashion and made a strong start to the decider.

Feng trailed 6-4, before crucially clipping the edge of the table with what proved to be a decisive shot.

Schmidberger closed the gap to 9-8 only to net the next point, giving Feng two match points.

The German saved the first but pushed the next long as Feng celebrated a sixth Paralympic gold.

The bronze medals went to Jenson van Emburgh of the United States and China’s Zhai Xiang.

China did not have to wait long for another gold as Liu Jing secured the seventh Paralympic title of her glittering career.

Nadezhda Pushpasheva of RPC and Olivier da Silver of Brazil also secured places on the podium after they both reached the semi-finals.

Lin edged a closely-fought opening game, but as soon as his performance dipped, Devos seized his chance.

Ivan Mai of Ukraine and Iurii Nozdrunov of RPC bagged bronze medals after losing to Lin and Devos in the semi-finals respectively.

Ian Seidenfeld of the United States swept to the men's singles C6 title with a straight games win over Peter Rosenmeier of Denmark.

Paul Karabardak of Britain lost in straight sets to Seidenfeld but picked up a bronze medal alongside fellow semi-finalist Rungroj Thainiyom of Thailand.

Elena Prokofeva of RPC completed a four-game victory over France's Lea Ferney to seal gold in the women's singles C11.