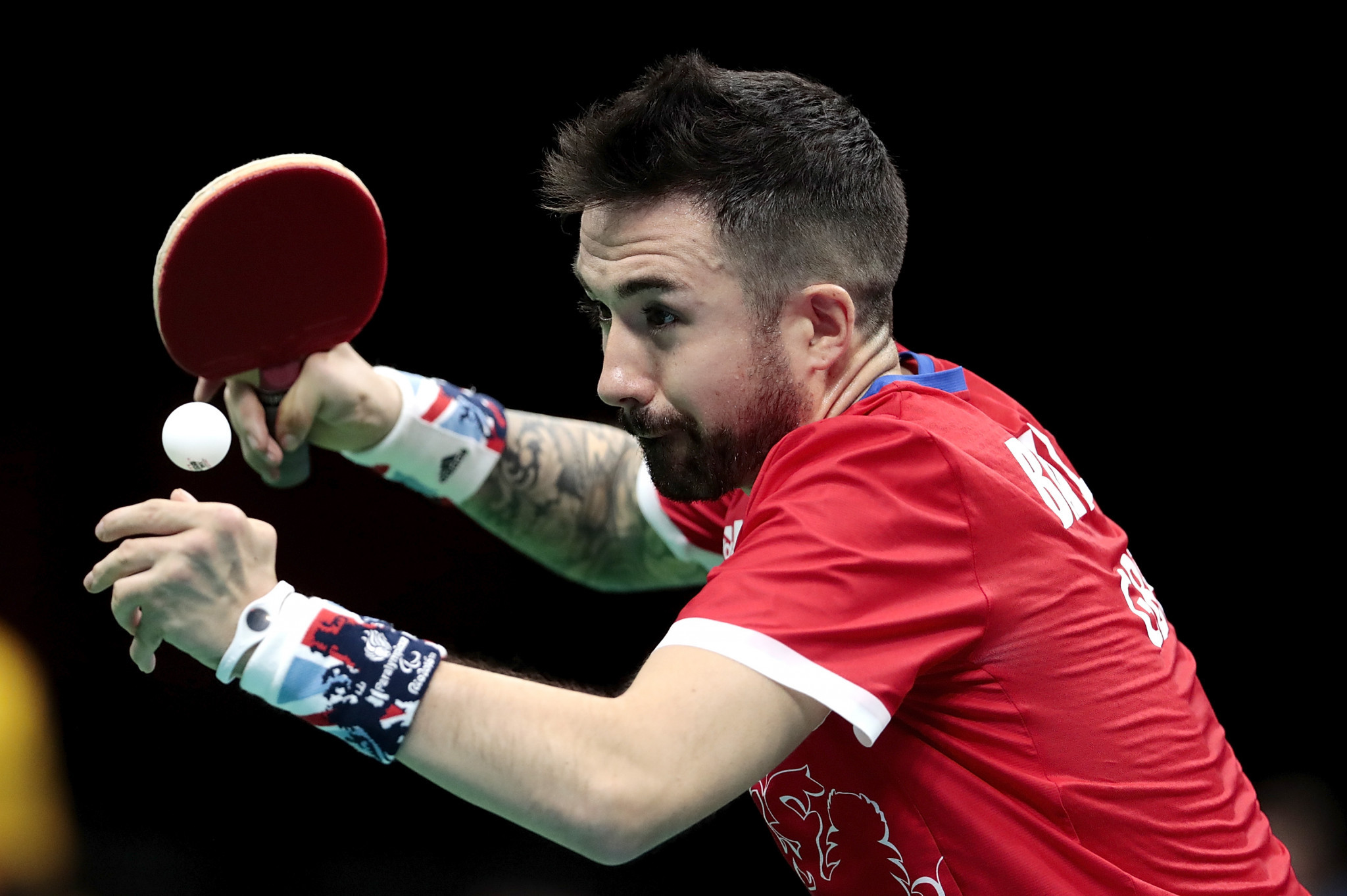 Rio 2016 Paralympic gold medallists Will Bayley and Rob Davies are set to defend their titles at Tokyo 2020 and will be joined by fellow medallists Ross Wilson and Aaron McKibbin as part of the 13-strong table tennis squad selected by ParalympicsGB.

"When I won the final in Rio I realised a dream that I had been going to sleep thinking about since I was 18 years old because it doesn't get any bigger than winning a Paralympic gold medal," Bayley said.

"I had always said to other people that I could do it but in the back of my mind I didn't know so I was relieved and a bit surprised; it was a special moment and something I will never forget.

"It means everything to me to compete for my country; to represent Great Britain is what I live for and what I train for every day; I get an extra bit of energy and drive to go for these moments because I know these chances don't come around very often.

"I'm playing the best table tennis of my career so I know this is a great opportunity for me and I want to show people what I can do.

"It helps that I've got such amazing players around me who have got great opportunities as well and are really hungry for success."

Behind every ParalympicsGB athlete there's a great backing band. Take it away, @jackhstt...#Tokyo2020#ImpossibleToIgnore pic.twitter.com/Zz2Hvp6HHn

Sue Bailey has been selected for her sixth Paralympics, while Paul Karabardak and David Wetherill are set for their fourth Games.

Ashley Facey-Thompson and Jack Hunter-Spivey are both set to attend their second Paralympics.

Britain's equestrian team was confirmed today too, made up of four athlete-and-horse combinations.

The most decorated rider in the team is Sir Lee Pearson, an 11-time Paralympic champion.

Pearson is set to compete at his sixth consecutive Games in Tokyo and will pair with Breezer.

Sophie Christiansen - who is an eight-time Paralympic gold medallist - will partner with Innuendo III.

Christiansen has competed at every Summer Paralympic Games since Athens 2004.

All four athletes are defending champions from Rio 2016 - the other two being five-time Paralympic champion Natasha Baker; and two-time gold medallist Sophie Wells.

Baker is set to ride Keystone Dawn Chorus at the Games, while Wells partners with C Fatal Attraction.

Approximately 230 athletes from 19 sports are expected to make up the British team at the Paralympics.

Britain finished second on the medals table at Rio 2016 with 64 golds, 39 silvers and 44 bronzes.