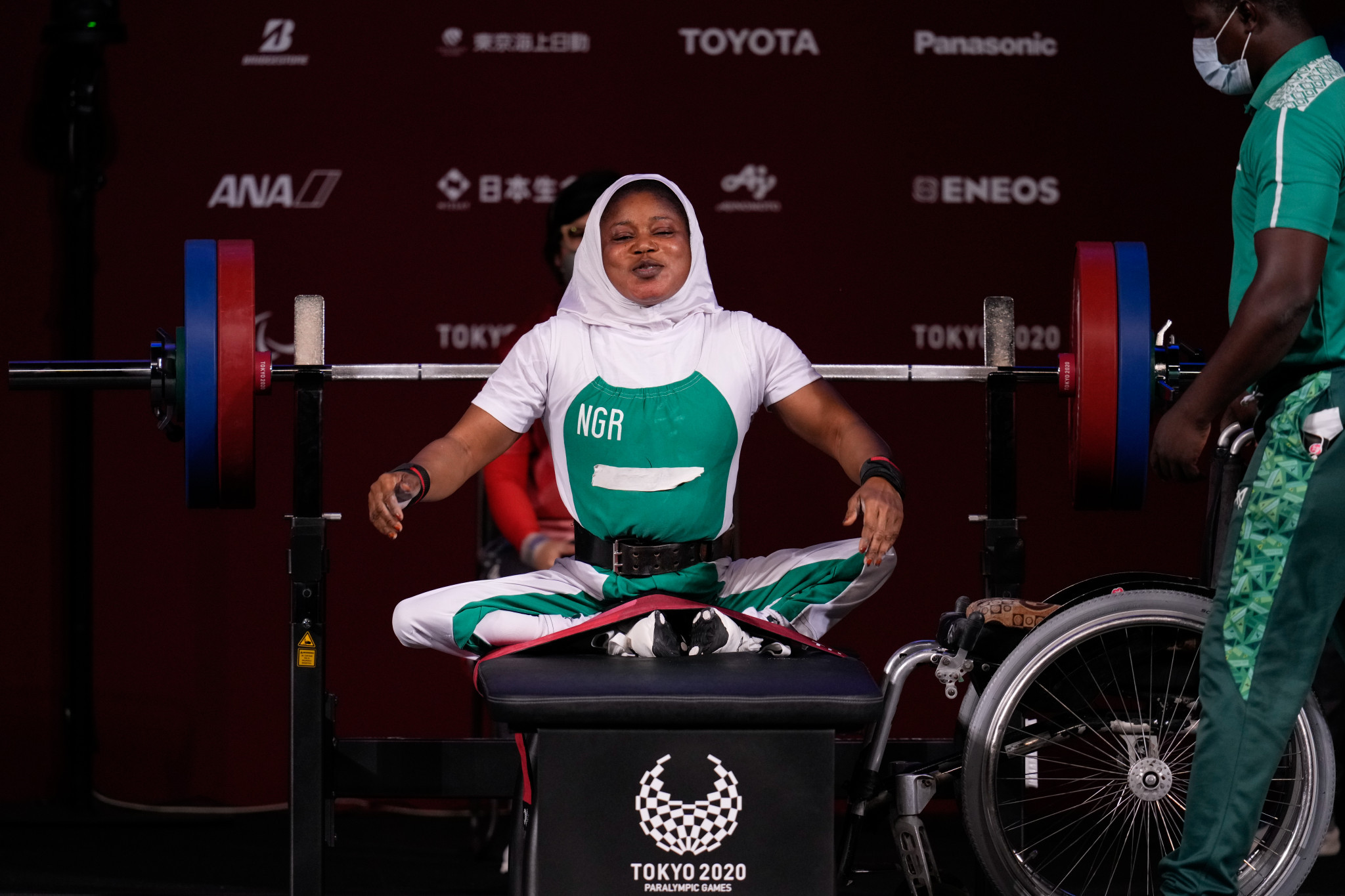 The Nigerian delegation was rapturous at the Tokyo International Forum here on the opening day of powerlifting at the Tokyo 2020 Paralympics, as Latifat Tijani gave the country its first gold medal of the Games in the women's under-45 kilogram category.

Tijani failed with her first attempt at 105kg but recovered to get a good lift in the second.

She then cleared 107kg in her final round and, having already sealed the title, was allowed a fourth try for a world record attempt of 117kg - she was not able to secure the world record, but Nigeria's first gold at the Games was a momentous occasion.

Cui Zhe of China kept the pressure on Tijani but was forced to play it safe in the third round to clear 102kg, as Poland's Justyna Kozdryk, who eventually finished with the bronze, managed a superb effort of 101kg, momentarily lifting her above the Chinese athlete.

In the men's under-54kg and under-49kg, Kazakhstan and Jordan respectively claimed their first golds of the Games.

David Degtyarev ended the night off with an impressively clean three rounds, posting a best of 174kg, which delighted the Kazakh team in attendance.

Axel Bourlon and Greece's Dimitrios Bakochristos both cleared 165kg to finish second and third - the Frenchman won the silver as he is the lighter athlete.

“I know that the Chinese lifters are very strong, but I promised myself that I would win my #gold today. Ever since Rio 2016, when I took silver, that time I said that I would get the gold in Tokyo and I would collect it.

“I wanted to achieve it. I was non-stop training” pic.twitter.com/VeVRZStvvF

This rule applied in the men's under-49kg final as a tenth of a kilogram was the difference between Jordanian Omar Qarada and Vietnamese world record holder Lê Văn Công, who both lifted 173kg.

Parvin Mammadov of Azerbaijan claimed bronze with a best of 156kg, meaning all three medals went to nations winning their first medals at these Paralympics.

She first cleared 108kg for a new best in the third round to win by 10kg, before completing a bonus lift to improve on her new world record, lifting 109kg.

Indonesia won its first medal of the Games as Ni Nengah Widiasih had a best effort of 98kg for silver, while Clara Fuentes won Venezuela's first medal with bronze.