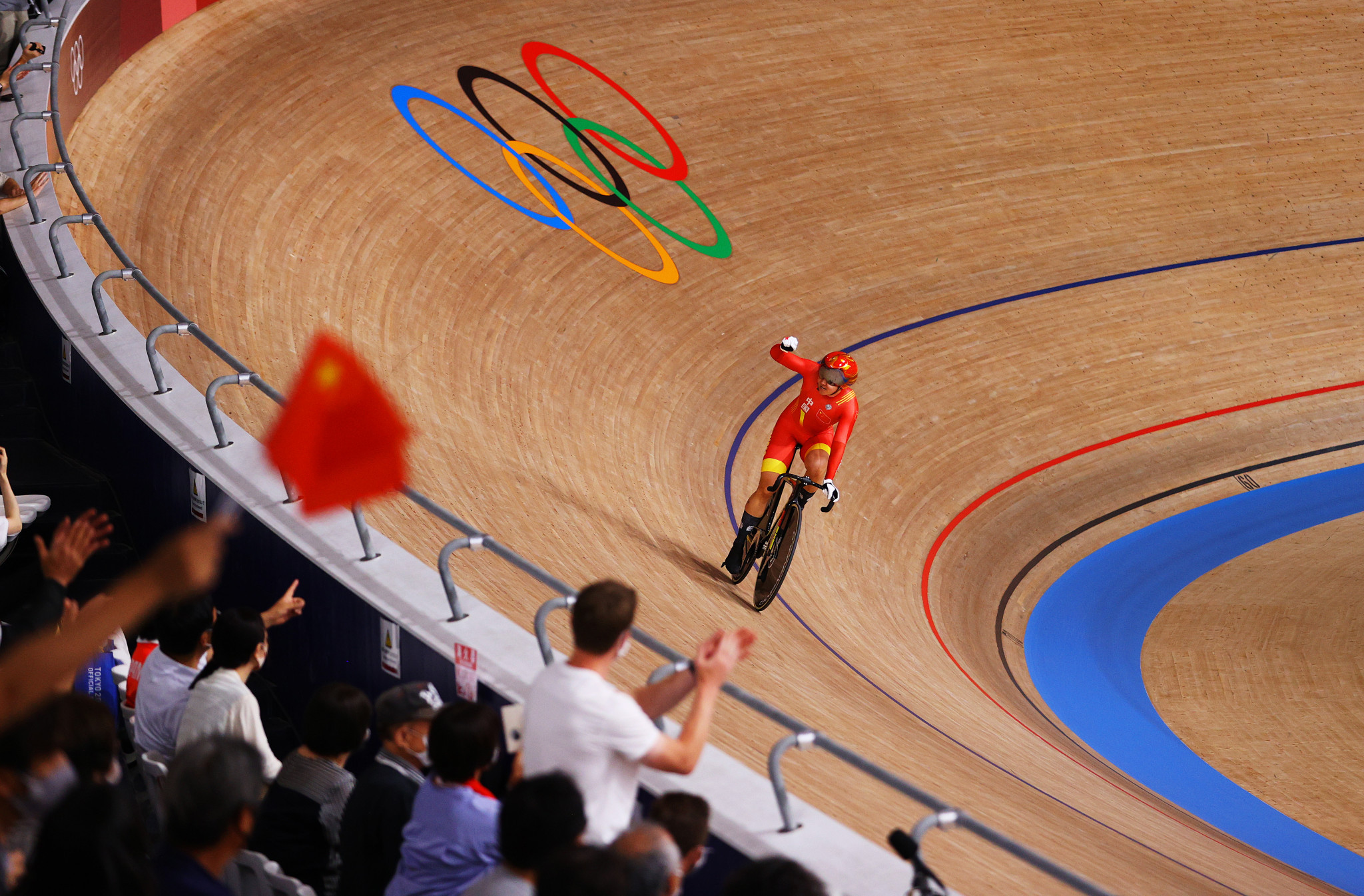 Zhong triumphed at the Rio 2016 Olympic Games in the event with Gong Jinjie and was looking to repeat the feat alongside Bao.

The Chinese pairing were second-fastest in qualification in a time of 32.135sec.

A world record of 31.804 by Bao and Zhong in the first round against Lithuania saw the duo power into the gold-medal ride, with Friedrich and Hinze following on 31.905.

A close final saw little separating the two teams, but Bao and Zhong were crowned champions after stopping the clock in 31.895, leaving their rivals settling for silver on 31.980.

The result featured as part of a gold rush for China as their athletes secured five titles across four sports on the 10th day of the Games.

Team pursuit qualification also took place at the Izu Velodrome, which is located 150 kilometres outside Tokyo.

Britain’s Katie Archibald, Laura Kenny, Elinor Barker and Josie Knight responded to the challenge, with the team under Germany’s pace for 3,000 metres of the 4,000m event.

Their challenge dipped in the closing kilometre as they finished second in qualification at 1.715sec down, but still under the previous record time.

Germany will face Italy in tomorrow’s first round, with Britain facing the United States.

Australia were among the nations to see their gold-medal hopes dashed after placing outside the top four, but can still qualify for the bronze-medal ride.

The Danes had lowered a mark set by Italy minutes earlier.

Denmark will face Britain in the first round as the Olympic champions qualified in fourth, while Italy take on New Zealand.

Australia suffered a bizarre mechanical incident when Alex Porter’s handlebars broke off his bike, causing him to crash.

The Australian team were able to restart their run later but finished in fifth place, with a bronze-medal ride now their target.