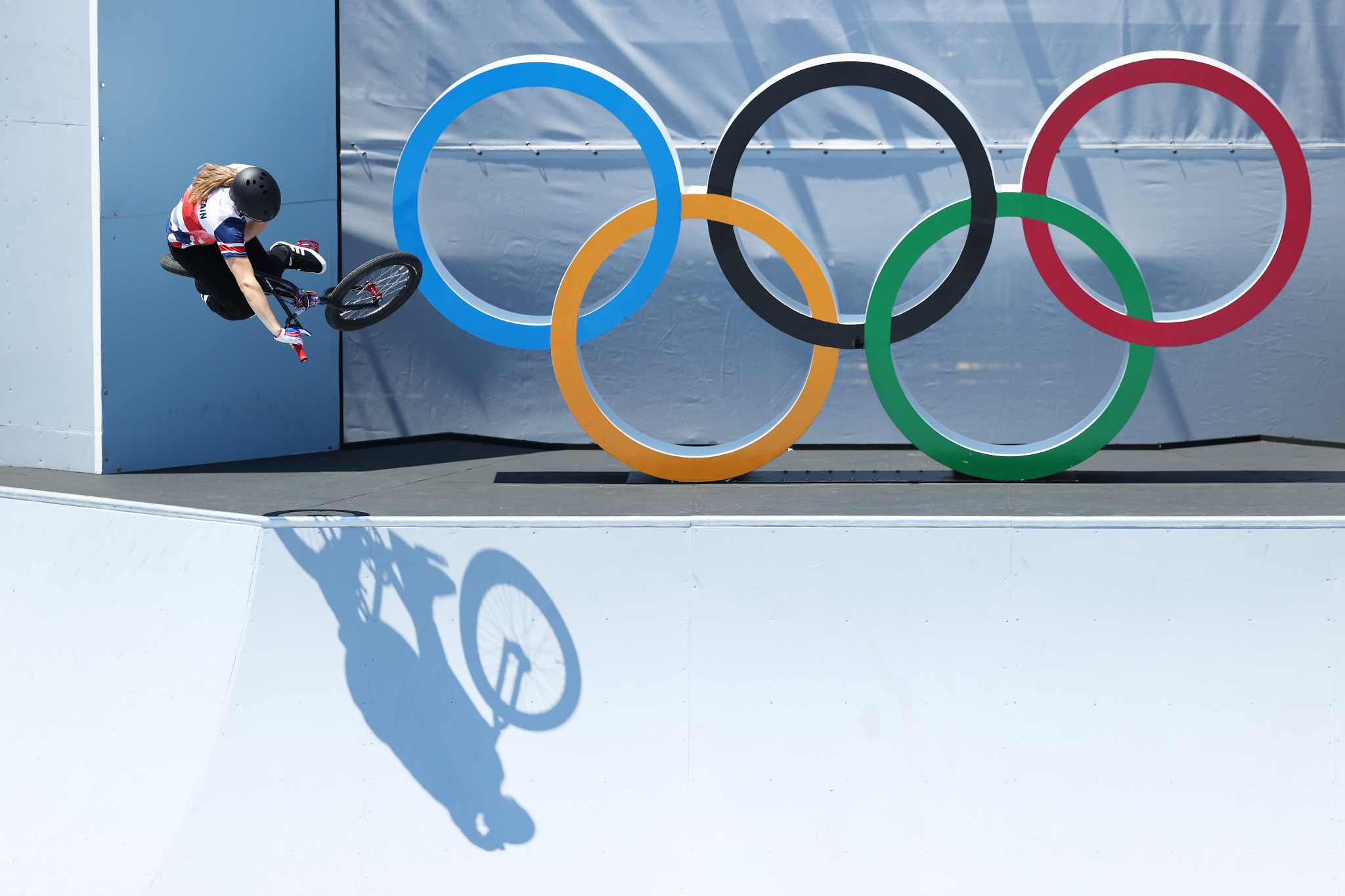 Charlotte Worthington was crowned the first BMX freestyle Olympic champion after the British rider produced a stunning final run at Tokyo 2020 to unseat United States favourite Hannah Roberts at the top of the standings, while Australia’s Logan Martin clinched the men’s title with an impressive display here today.

Worthington found herself outside the podium places after her opening effort of the two-run competition, which saw cyclist’s best score count.

The 25-year-old attempted the first 360 backflip in women’s competition, but crashed on her landing to score 38.60 points.

Roberts, who also as Pan American Games and World Urban Games titles to her name, received a score of 96.10 points for her effort.

The score placed the world number one comfortably at the top of the standings and appearing on the brink of gold, with Switzerland’s Nikita Ducarroz and Australia’s Natalya Diehm following on 89.20 and 86.00 points, respectively.

With her first run coming to a premature end, Worthington needed a strong second to stand a chance of securing a podium finish.

She succeeded in landing her 360 backflip, with two further frontflips and backflips pushing her into medal contention.

The judges awarded Worthington a score of 97.50 points after an anxious wait, propelling her to the top of the standings.

Roberts attempted to respond in the final run of the competition, but an awkward landing ended the American’s hopes of improving her first-round score.

The 19-year-old limped away and later confirmed she had been nursing an ankle injury prior to competition.

Roberts was left settling for silver with Ducarroz taking bronze.

"I’ve been thinking about this day for the past three or four years, just going in and out of thinking I can, or I can’t do it.

"I’m literally waiting to wake up right now. It feels like a dream."

Martin, crowned world champion for the second time last month, came into the men's event as the favourite.

He underlined that status by posting the highest score in yesterday's qualification round.

The Australian was the last cyclist in the nine-man final to attempt a run, with Venezuela’s Daniel Dhers having set the standard on a score of 90.10 points.

Martin rose to the challenge with a clean and creative run rewarded with a score of 93.30 points.

Dhers, Britain's Declan Brooks and Costa Rica's Kenneth Tencio each improved on their opening scores, with their second runs all breaching the 90 point mark.

The trio were still unable to usurp Martin, who was able to complete a victory lap on his final run.

"I just delivered what the judges wanted out there, a very consistent run, and yeah, I’m so stoked," Martin said.

"I’ve had so many highs in my career, but I’ve never, ever gotten teary, so that just shows how meaningful this one is to me.

"It’s the biggest stage of them all, the gold medal, to bring that home and show my son."

Reigning Pan American Games champion Dhers secured the silver medal, with the 36-year-old finishing on a score of 92.05.

Brooks ensured Britain secured a medal in all four BMX competitions at Tokyo 2020 by winning bronze on 90.80 points, with Tencio just 0.30 behind in fourth.