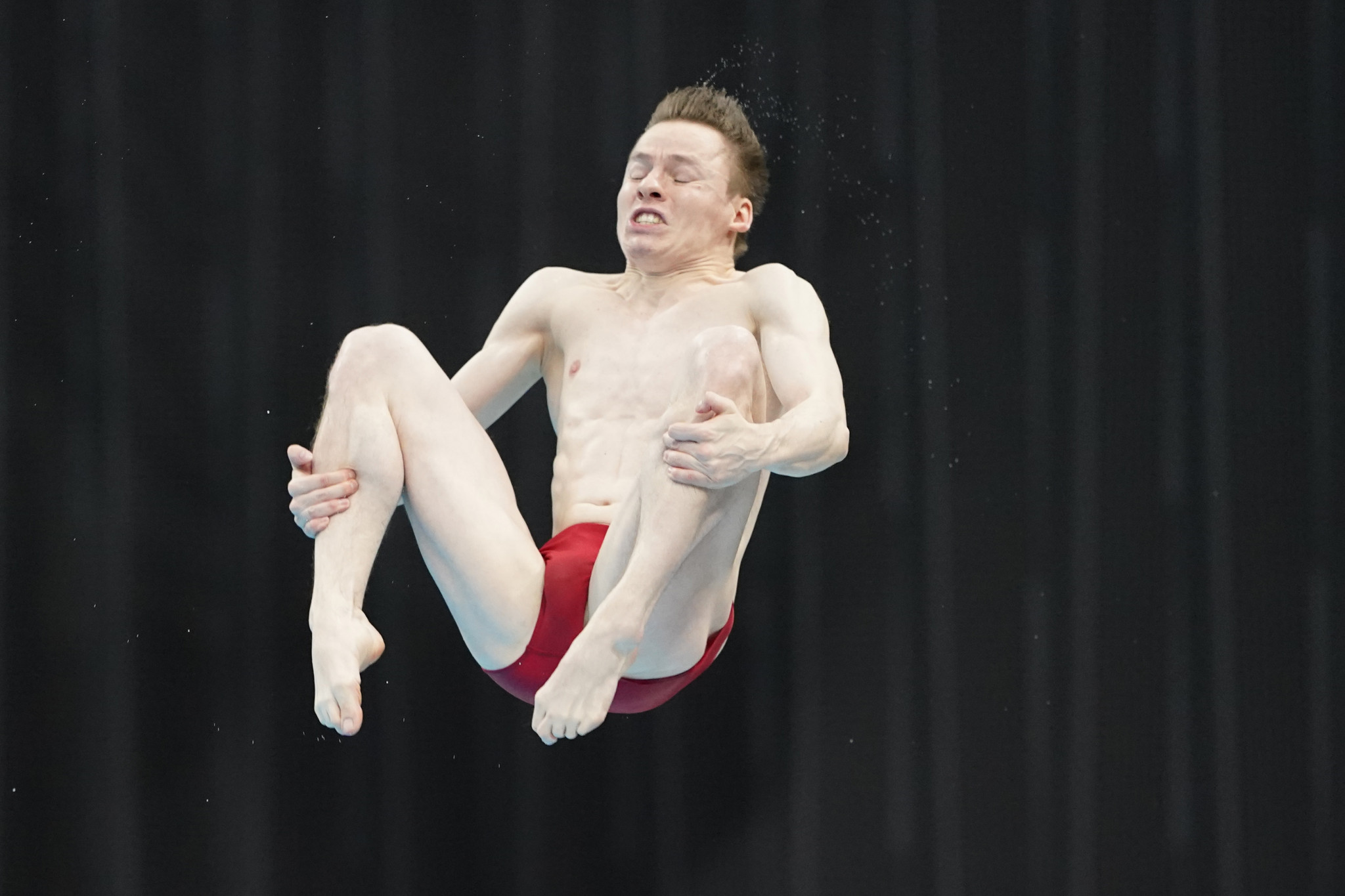 Wolfram took advantage of two poor dives by the leader of the three metres springboard competition, Daniel Goodfellow, maintaining steady form to move up from third to first place in the six-dive final at the Tatsumi Aquatics Center.

Goodfellow, who had combined with Jack Laugher to win the synchronised three metres event, looked set to earn the fourth British gold of the World Cup following the additional victories by Tom Daley in the 10 metres platform, and by Daley and Matthew Law in the synchronised 10m platform.

But after topping qualifying and leading through the first three rounds of the final he over-rotated on his fourth effort, scoring only 50.70 points, and dropped to third before producing a poor final combination that pushed him down to fifth place.

Watch the very tight battle for the Gold between ?? James Heatly and ??Martin Wolfram in the two last rounds of the final program.

Heatly lost the Gold Medal for only 6.50 pts.#DWC2021 #diving pic.twitter.com/7nGEf7PVTb

Wolfram, meanwhile, held off the challenge of Goodfellow’s teammate James Heatly, sealing his win with a total of 467.75, with the Briton taking silver with 461.25.

Bronze was claimed by France’s Alexis Jandard, who totalled 434.25.

"I can't find any words for this after all I've been through, mainly injuries," Wolfram told FINA.

"And now I got the gold medal - it's amazing.

"My last injury was a shoulder dislocation in January 2020, so it's not long ago.

"With the postponement of the Olympic Games I had another chance to get ready for it.

"I worked hard and I'm so happy that it worked.

"I think that was a good test for the Olympics."