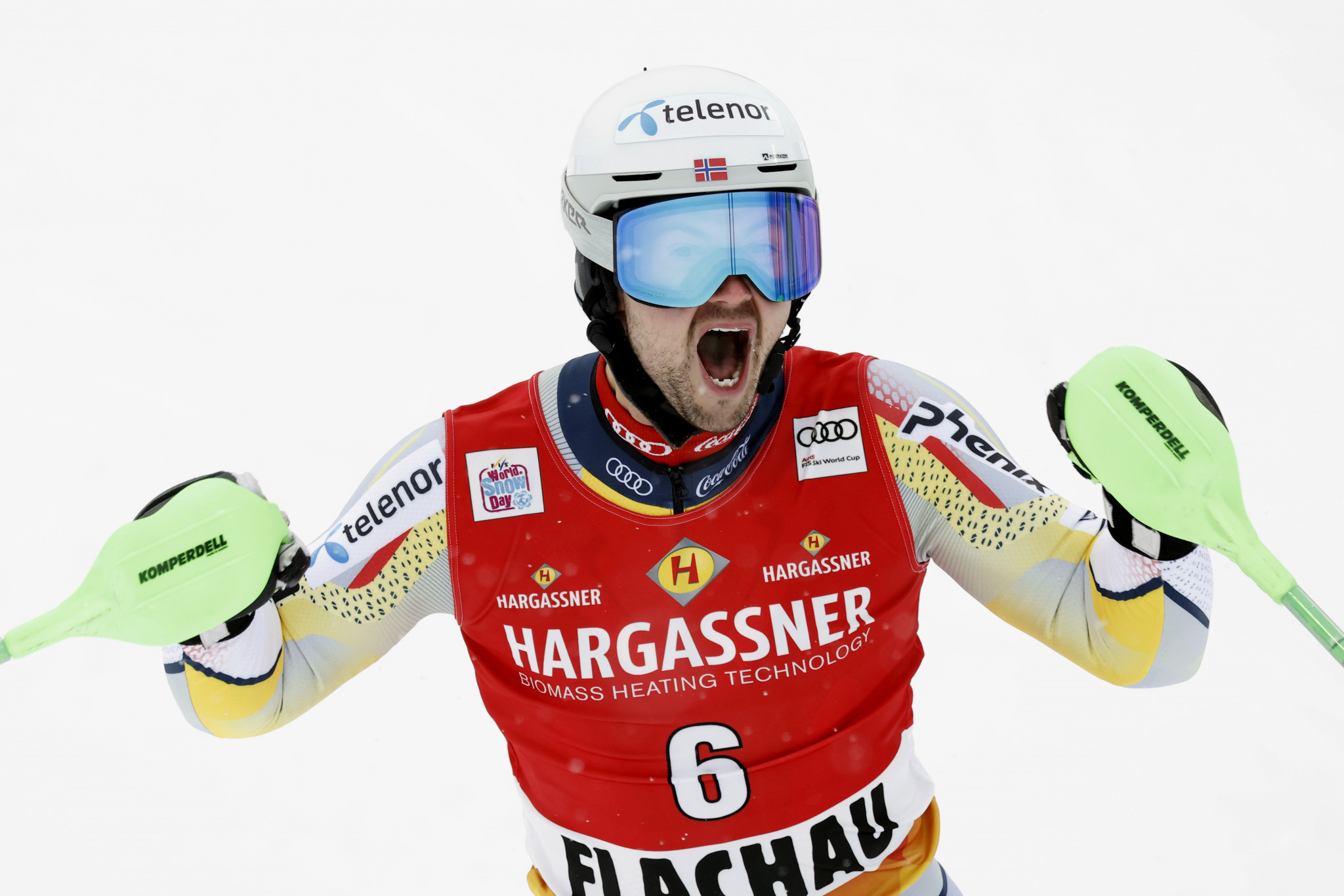 A day after Manual Feller secured his first World Cup win of his career, Foss-Solevåg ended his nine-year wait with success in the second men’s slalom race of the weekend.

Foss-Solevåg, who made his World Cup debut in 2012, had previously only managed four podium places.

"It takes time, I have been patient and I've been working hard for a long time," said the 29-year-old.

"We are the attacking Vikings and we are working together.

"I wouldn’t have won without any of the coaches and teammates.

"It shows that we have a good team spirit."

Second place went to Marco Schwarz with a time of 1:46.23 after runs of 53.84 and 53.15 as the Austrian claimed his third successive podium.

Frenchman Alexis Pinturault clinched the bronze medal as runs of 54.18 and 53.00 saw him finish on 1:47.18, just under a second behind the winner.

Schwarz has replaced Feller at the top of the slalom standings while Pinturault’s podium finish strengthens his bid to win the overall title.

Pinturault leads the way on 718 points ahead of Norway’s Aleksander Aamodt Kilde on 560 and Switzerland’s Marco Odermatt on 501.

Flachau stepped in to host the back-to-back men’s slalom competitions after racing was called off in Wengen and Kitzbühel due to outbreaks of coronavirus.

Kitzbühel is now scheduled to stage two downhill contests and a super-G from January 22 to 24.