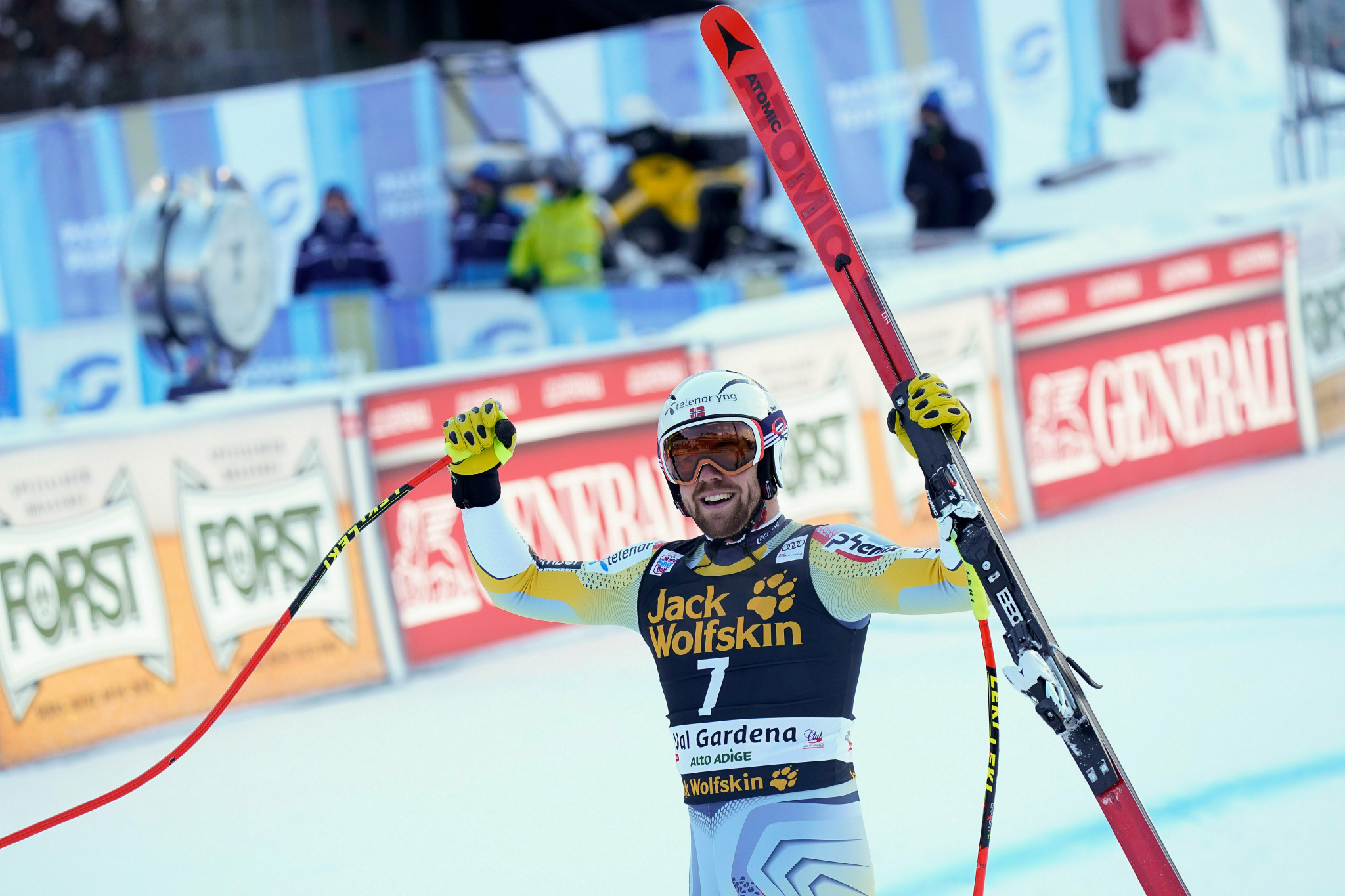 Kilde triumphed in the downhill contest to win the sixth World Cup race of his career, holding off the United States' Ryan Cochran-Siegle by 0.22sec.

For Cochran-Siegle, it is a maiden World Cup podium.

Switzerland's Beat Feuz was third, 0.54 off the winner's pace.

Kilde's victory puts him to the top of the overall World Cup standings on 335 points, ahead of the absent Marco Odermatt of Switzerland on 290 and France's Alexis Pinturault on 276.

Victory moves Kilde to the top of the downhill standings too.

??@AleksanderKilde with the double!! ??? Second victory in two days for the Norwegian, who joins @akselsvindal as the only two athletes to win both the Super G and the Downhill in the same year at @skiworldcup! #fisalpine pic.twitter.com/ztsEn1kkyL

Another American, Bryce Bennett, narrowly missed his first podium, finishing 0.62 off the lead for fourth place.

Bennett matched his best performance to date, having twice before come fourth in downhill races in Italy - one of which was at Val Gardena,

Jared Goldberg of the US and Swiss veteran Carlo Janka were sixth and seventh, with Golberg's performance the best of his World Cup career, and yesterday's super-G runner-up Mauro Caviezel of Switzerland was 12th.

The next leg of the men's FIS Alpine Ski World Cup is currently scheduled to take place in Alta Badia tomorrow and Monday.