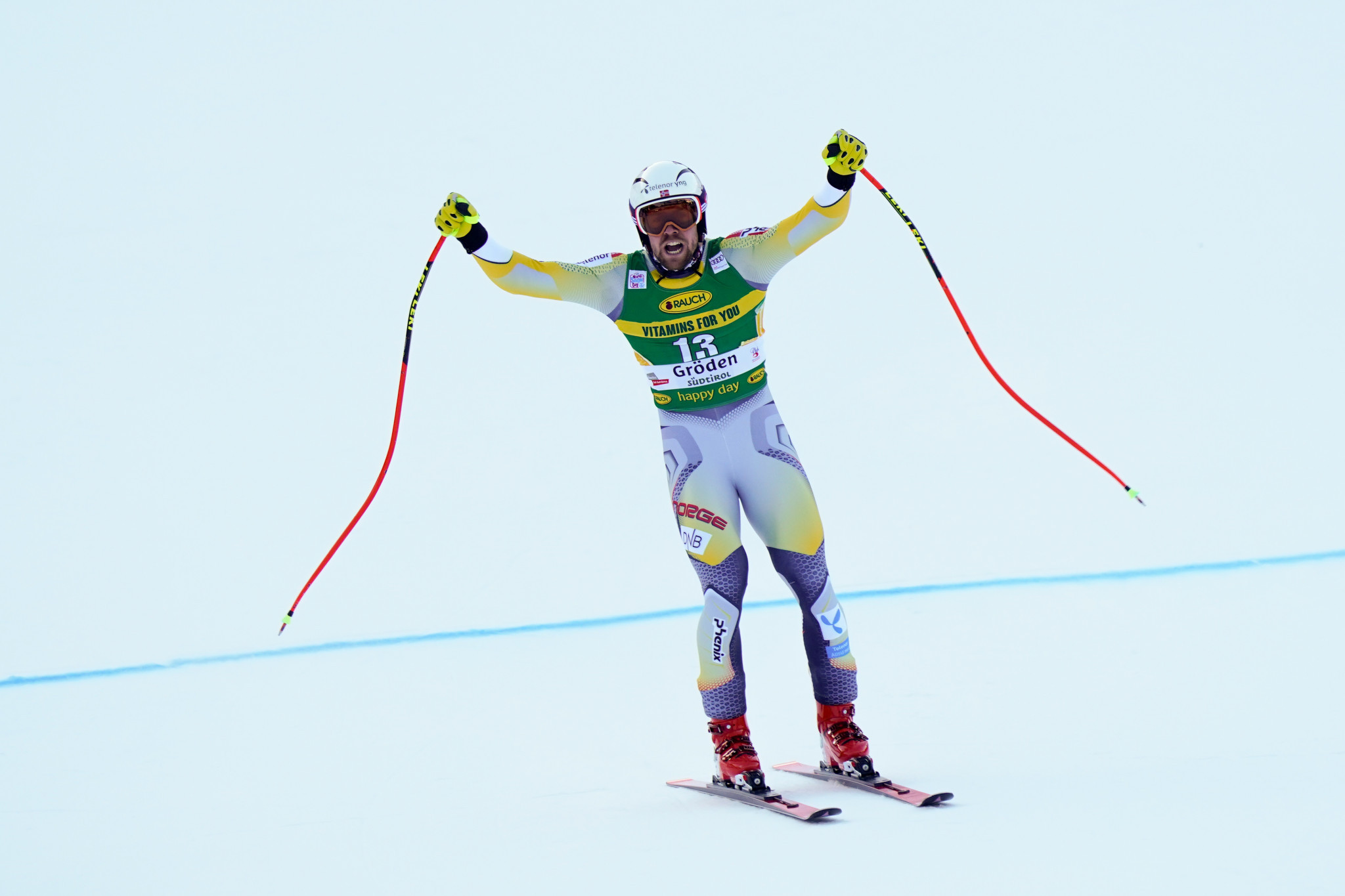 Kilde, who has won two super-G races previously, pipped Switzerland's Mauro Caviezel to go top of the podium - denying the Swiss veteran a second consecutive victory in the discipline.

Kjetil Jansrud, also of Norway, was third to reach the podium for the first time since January.

The three-time super-G World Cup champion and Sochi 2014 champion showed he is still among the best in the world at 35 years of age.

Austria's Matthias Mayer finished fourth, only 0.34 off the lead.

Andreas Sander of Germany equaled his best-ever World Cup result in fifth - and that too came in Val Gardena in a super-G race, back in 2016.

The Swiss is the defending World Cup champion.

A downhill race is scheduled tomorrow to bring the Val Gardena leg of the FIS Alpine Ski World Cup to a close.