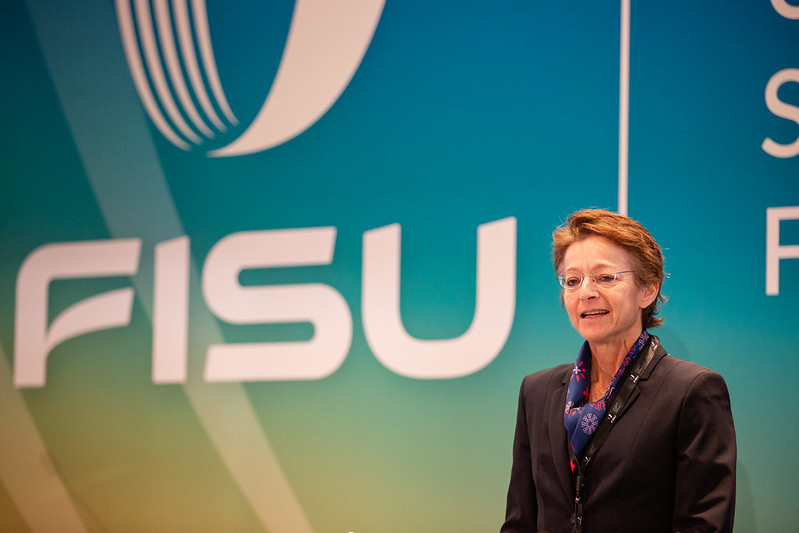 Sarah Lewis says she is thrilled to have joined the International University Sports Federation (FISU) as its deputy secretary general and chief operating officer.

Lewis appointment was announced at a meeting of the FISU Executive Committee earlier this month, and the former International Ski Federation (FIS) secretary general, who turns 58 today, says she cannot wait to take up the new role, which she is due to begin on January 1 2023.

"I have long admired the work of FISU and have experienced first hand the way its events have served as an important stepping stone towards success for many Winter Olympians," she said.

"At the same time, it’s clear that international sport is a really valuable life experience for all the university and college students served by FISU and its members.

"I am thrilled to have a chance to contribute to the long-term leadership of an organisation which is clearly so important in helping shape so many young lives."

"It has always been very important to me and to my colleagues in the FISU leadership to ensure the organisation is in good hands as I approach my anticipated retirement in 2025," he said.

"Sarah and I have been colleagues in sport for many years.

"During 2023 and 2024, she will have the opportunity to help lead the delivery of a full two-year cycle of FISU World University Games, FISU World University Championships and FISU World Cups, together with all our institutional meetings, before I hand over to her after 40 years of activity in FISU and 18 years as secretary general and chief executive."

Lewis competed for Britain in skiing at the 1988 Winter Olympics in Calgary, Canada, before going on to become a respected sports administrator during her time at the FIS, where she served as secretary general from 2000 to 2020, before a shock dismissal by the FIS Council.

Lewis was a candidate to replace Gian-Franco Kasper as FIS President in 2021, with Johan Eliasch winning the vote.

Following her departure from the FIS, Lewis was appointed as a lead mentor for the Sports Innovation Winter Sports Global Virtual Accelerator in 2020, and assisted the Chinese Winter Sports Association with its Beijing 2022 Winter Olympic and Paralympics legacy objectives and preparations.