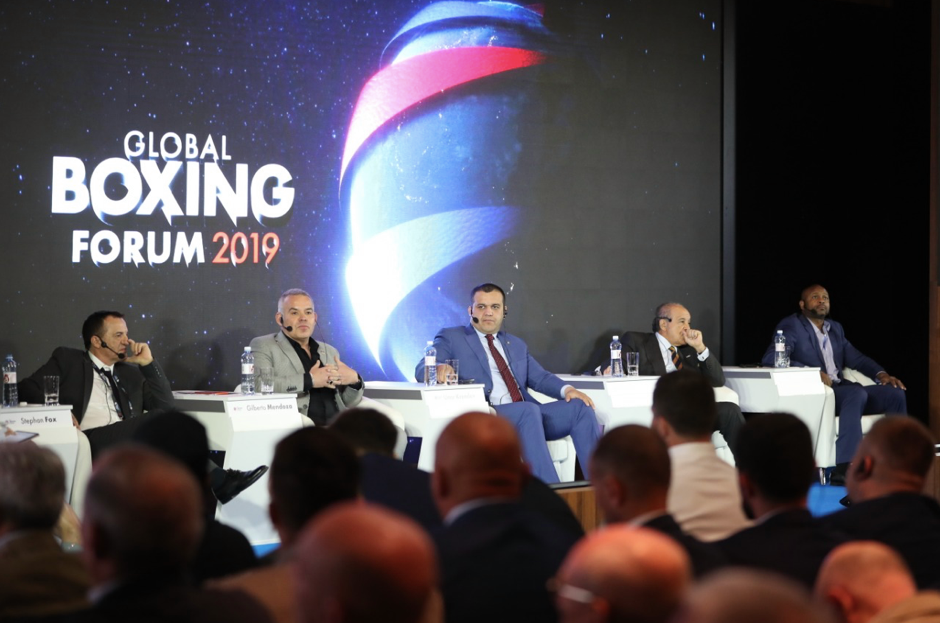 The International Boxing Association (IBA) has confirmed the third edition of the Global Boxing Forum is scheduled to take place on December 10 and 11 in Abu Dhabi.

It was already revealed that the Global Boxing Forum would coincide with an IBA Ordinary Congress, but dates had not been announced until now.

The Global Boxing Forum was created by IBA President Umar Kremlev, who organised the first one in Sochi in 2018 when he was the Russian Boxing Federation secretary general.

A second was held in Yekaterinburg in 2019, but the COVID-19 pandemic curbed any plans for another event to be held up to now.

The Global Boxing Forum looks to bring the boxing community together to exchange ideas, create new connections and learn best practices in the sports industry.

Guests will have the opportunity to participate in seminars, roundtables and learn in masterclasses together with experts, boxers, and officials from international organisations.

The United Arab Emirates is also planning to open an IBA Development and Training Office, with similar hubs expected on each of the continents.

The Congress will be the IBA's third of the year, following controversial gatherings in Istanbul and Yerevan.

Boxing has been left off the provisional programme for the Los Angles 2028 Olympics and the IBA - which had its International Olympic Committee recognition suspended in 2019 - will play no part in organising the boxing tournament at Paris 2024, as was the case for Tokyo 2020.