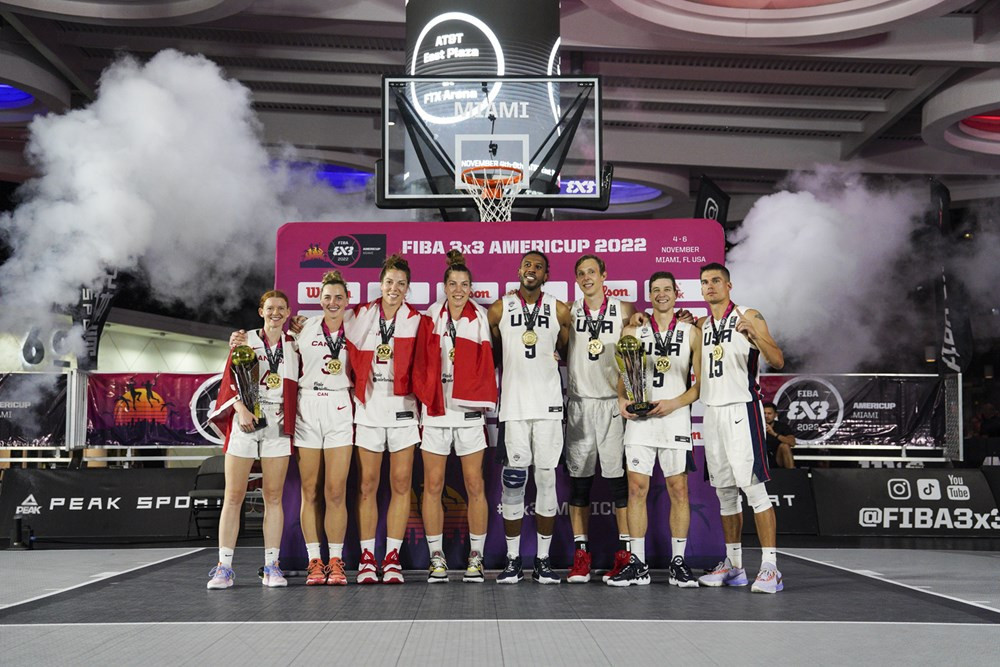 The United States and Canada clinched the men's and women's titles respectively at the FIBA 3x3 AmeriCup in Miami.

At the second edition of the event, the US men's team defended their title after defeating Puerto Rico 21-18 in the final.

Kareem Maddox was the top scorer for the US in the final with nine points while former NBA star Jimmer Fredette was the man who shot the title-winning two pointer.

Canyon Barry was named MVP while Puerto Rico's Jorge Matos and Leonardo Branquinho of Brazil, who won the bronze, joined the American in the team of the tournament.

Meanwhile, the women's competition saw Canada win their first title after beating Brazil 15-11 in the final.

Michelle Plouffe was the best player in the final, scoring nine points.

Vitoria Marcelino who won silver and bronze medallist Camille Zimmerman of the US featured on the team of the tournament, along with Plouffe.

The 3x3 format first featured in an international competition at the 2010 Youth Olympic Games in Singapore.

It made its Olympic debut in Tokyo last year.

This year's AmeriCup saw a record 30 teams from 18 countries participate.

The US won both the titles in the first edition at Bayfront Park, Miami.