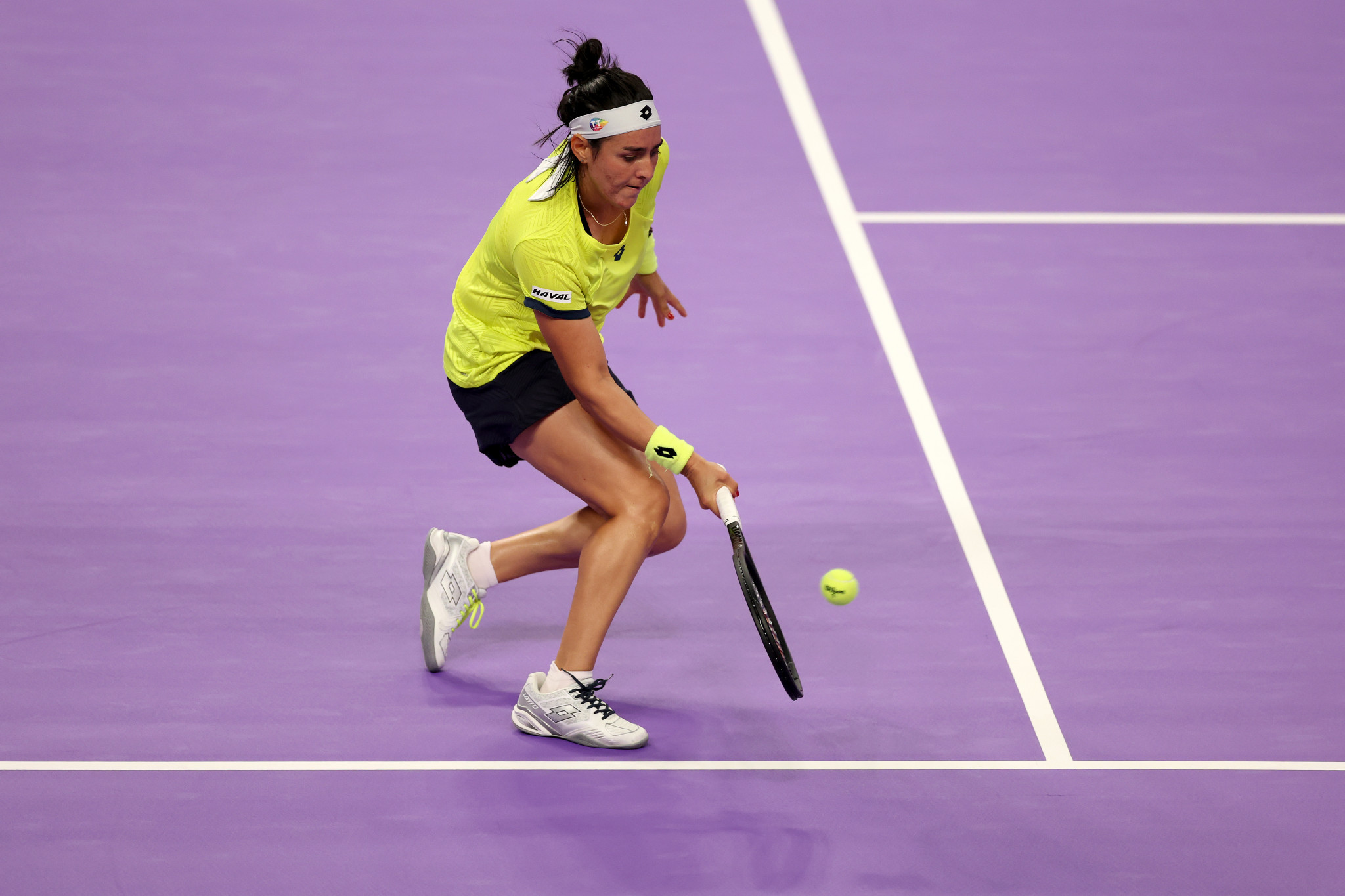 The second and third seeds Ons Jabeur and Jessica Pegula were beaten on their debuts at the Women's Tennis Association (WTA) Finals on the opening night of the season-ending tournament in Fort Worth.

Tunisian Jabeur has been one of the season's standout players, with appearances in the Wimbledon and US Open finals contributing to her climb to second in the WTA rankings.

She has been viewed as the most likely challenger to the WTA Finals favourite Iga Świątek of Poland, and made a fine start at the Dickies Arena by taking the first set 6-3 against seventh seed Aryna Sabalenka, the Belarusian competing as a neutral.

However, Sabalenka hit back to win the next two sets 7-6 and 7-5, ensuring she got off to a triumphant start.

It was an agonising start to the round robin for Jabeur as she took a 5-3 lead in the second set tiebreak before losing four consecutive points.

In the other match in the Nancy Richey Group on the opening day of the tournament, Greece's Maria Sakkari overcame the United States' Pegula.

Pegula had won her maiden WTA 1000 title at the Guadalajara Open by beating Sakkari in the final last month.

Matches in the Group Tracy Austin are due to start tomorrow in Fort Worth, with French Open and US Open champion Świątek, the world number one and season's standout player starting against eighth seed Daria Kasatkina, a Russian player competing as a neutral.

Each of the players are set to meet once in their respective groups, with the top two advancing to the semi-finals.