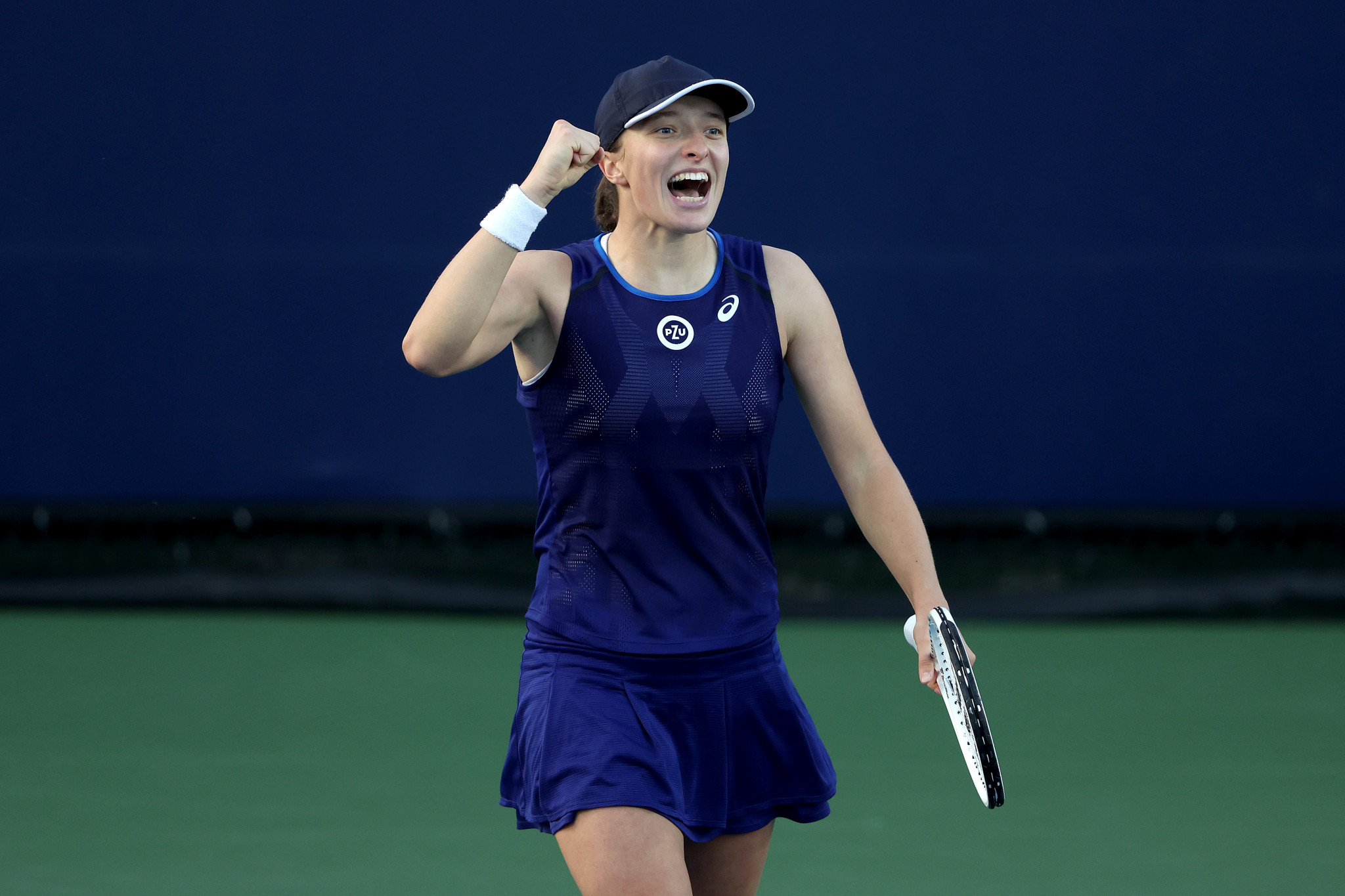 World number one Iga Świątek is tipped for the singles title at the season-ending Women's Tennis Association (WTA) Finals in Fort Worth but will face a firm test from tournament newcomers.

The Pole has been given the top seeding and has been drawn into the Tracy Austin Group, but world number two and three Ons Jabeur of Tunisia and the United States' Jessica Pegula lead the Nancy Richey Group at the Dickies Arena in Texas.

Jabeur and Pegula are joined by the US' Coco Gauff and Russian Daria Kasatkina, who will be competing as a neutral, as debutants, at the competition scheduled to run from tomorrow until November 7.

"I feel like even the first time players, they were pretty consistent the last few years," said Jabeur.

"We always try to qualify.

"Nobody saw the changes coming because of COVID and the ranking [freeze], so I feel like the change happened way before.

"But since the rankings stopped for a while, people didn't see it.

"Those players are here.

"They were the players consistent for a few years already."

After concluding her regular season by winning her eighth title of the year at San Diego, Świątek comes into her second WTA Finals as the top seed.

She is due to open the group's round-robin play against eighth seed Kasatkina on Tuesday (November 1).

Looming in her group is sixth seed Garcia, who is the only player in the Fort Worth field that has a win over Świątek this season.

"I won against her in Poland, but it was very different condition, clay court.

"She was playing in Poland, and it was probably her first time."

The event was initially supposed to be held in Shenzhen in China after a deal was struck for the city to host the event from 2019 to 2028.

It was then announced in December of last year that the WTA was immediately suspending all WTA tournaments in China and Hong Kong because of concerns over the Chinese Government's treatment of tennis player Peng Shuai.

She accused Zhang Gaoli, a retired Chinese vice-premier and high-ranking Chinese Communist Party member, of sexual assault in 2018 prior to her disappearance.