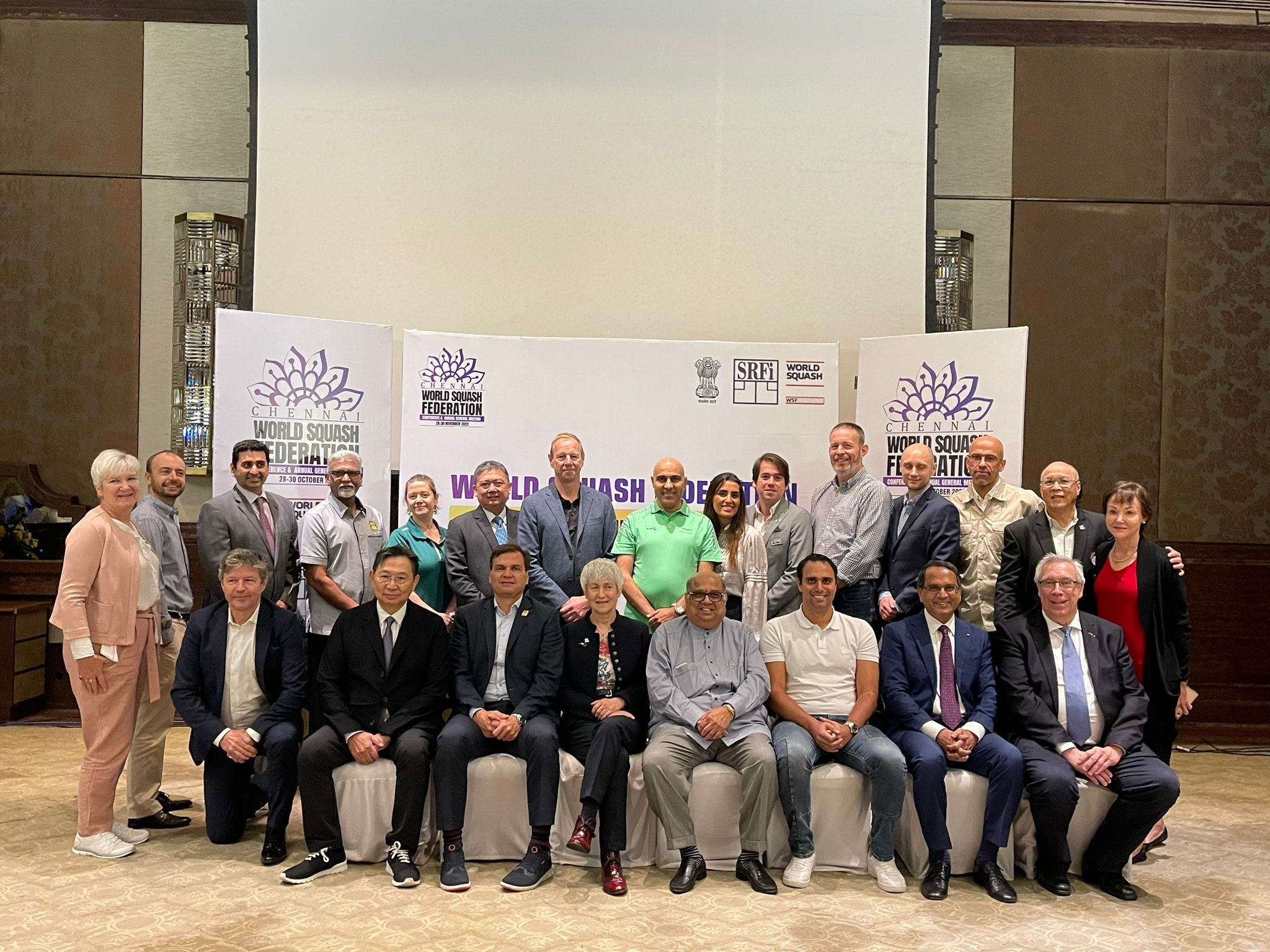 India's Debendranath Sarangi has been re-elected as vice-president while Dame Susan Devoy from New Zealand has joined him on the World Squash Federation (WSF) Board.

The WSF also announced that three National Federations - Lithuania, Romania and Saint Vincent and the Grenadines - have been unanimously granted full membership during its Annual General Meeting (AGM) in Chennai.

Sarangi was re-elected for a second term and is the President of the Squash Rackets Federation of India (SRFI).

He also holds administrative roles in the Tamil Nadu State Government as well.

Devoy, meanwhile, is a former world number one and is a four-time World Championships gold medallist.

The other WSF Board members are Britain's Zena Wooldridge OBE, Pablo Serna of Colombia and Egyptian Karim Darwish.

Another development from the AGM was to support the introduction of a separate U23 Men’s and Women’s Individual Championships to the WSF calendar.

A majority of National Federations also approved motions to amend the Squash57 Standard Rules with effect from January 2023 during the AGM.

Finally, it was also announced that the first edition of the new format of the WSF World Cup is heading to Chennai in India next year.

"India is both an important territory and valued partner for the World Squash Federation, with a strong track record of supporting the WSF and delivering some memorable world events," WSF President Zena Wooldridge said.

"After a three-year break in our conference due to Covid, this conference and AGM has been critically important and has been hugely successful in bringing the WSF family back together in person and we are most appreciative of the hospitality and generous support of the SRFI for hosting us in Chennai.

"We look forward to our renewed collaboration to support a transformation of our sport over the next few years."