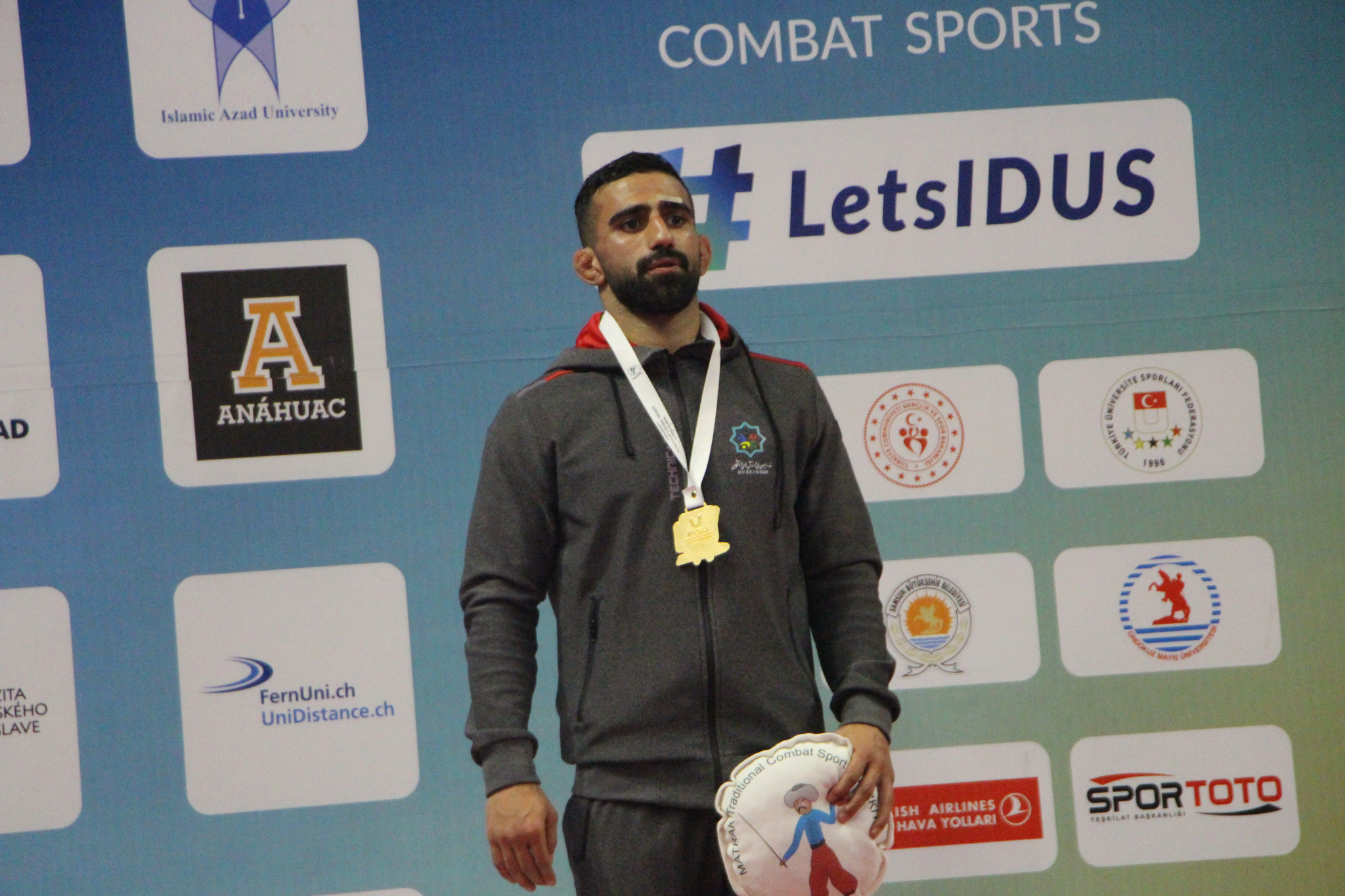 Iran won the gold medal in all wrestling events they entered today, as the sport got underway at the International University Sports Federation (FISU) World Cup Combat Sports here in Samsun.

Five gold medals were awarded - and the first of these went to Reza Momenijoujadeh in the men's under-57 kilogram category, where he defeated Roberti Dingashvili of Georgia in the final 12-0 with an impressive display.

Mohammadreza Bagheriheidarabadi made it a second in the men's under-65kg, winning 10-4 against Murat Bektas from the home nation.

Two bronze medals were given out - with France's Marwane Yezza and Turkey's Utku Dogan defeating Daniel Or Popov of Israel and France's Stephane Sine respectively.

Coskun Keles and Huseyin Bakir gave the Turkish crowd something to cheer for as both won their bronze-medal matches against Turkmenistan's Astanberdi Orazov and Petro Litveniuk from Ukraine.

The final gold for the nation went to Mehdi Hashemijouybari who defeated Ukrainian Yurii Idzinskyi for the gold medal in the men's under-125kg, with the score finishing 6-2.

Bronze went the way of Bekir Eryucel of Turkey, who defensively worked his way into the lead, beating Merab Suleimanishvili of Georgia 12-3.

Ukraine were the other victors today on the mat as Demid Karachenko defeated Goga Mamiauri from Georgia for the men's under-86kg gold medal.