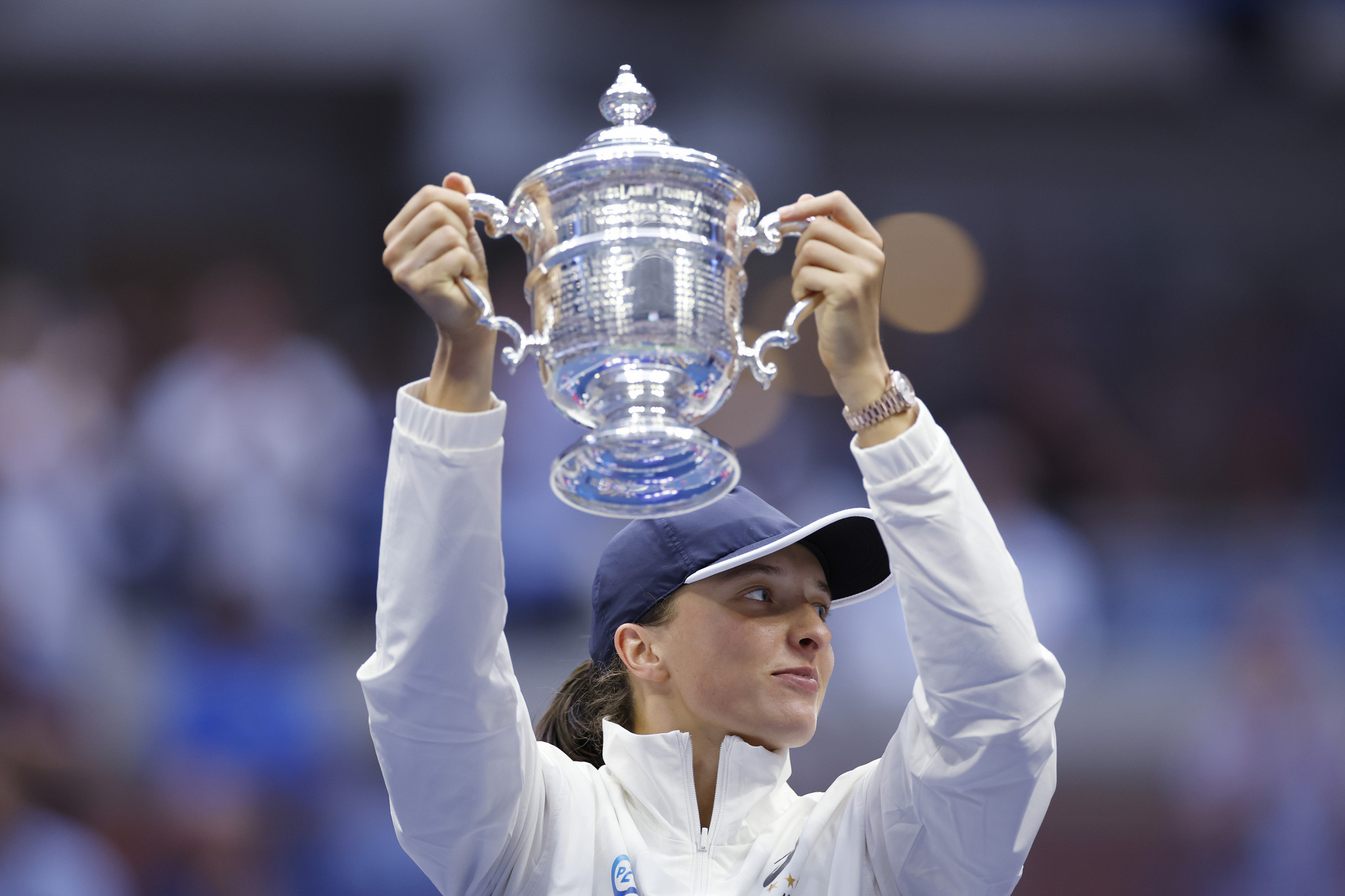 Iga Świątek continued her dominant season by beating Tunisia's Ons Jabeur in the US Open women's singles final, winning the Grand Slam for the first time.

The Pole won 6-2, 7-6  in New York City to secure the season's final major and add to her French Open triumphs from earlier this year and in 2020.

The world number one stormed into an early lead in the first set but faced more resistance later on.

The crowd put their weight behind Jabeur, who became the first Arab and African woman to feature in the US Open final, as she found her groove in the second set at Flushing Meadows.

However, it was not enough to unsettle a determined Świątek.

Świątek remains the world number one while Jabeur moves up to a joint career-high ranking of second after reaching the final.

Despite reaching the showcase match, Świątek had not hit top gear at the tournament and many had predicted a victory for Jabeur.

How it sounded when @iga_swiatek became a #USOpen champion. ? pic.twitter.com/iITAiBr7U4

They were quickly proved wrong as it was clear that Świątek had saved her best tennis for the final.

Świątek has won her past 10 finals in straight sets.

This is Świątek's seventh Women's Tennis Association Tour title of the year, making her the first woman to do that since Serena Williams in 2014, and the first number one seed to take the US Open crown since Williams eight years ago.

Jabeur also lost in the Wimbledon final in July and her wait for a Grand Slam titles continues.

"I really tried, but Iga didn’t make it easy for me," Jabeur said after the match.

"I don't like her very much now, but it's okay.