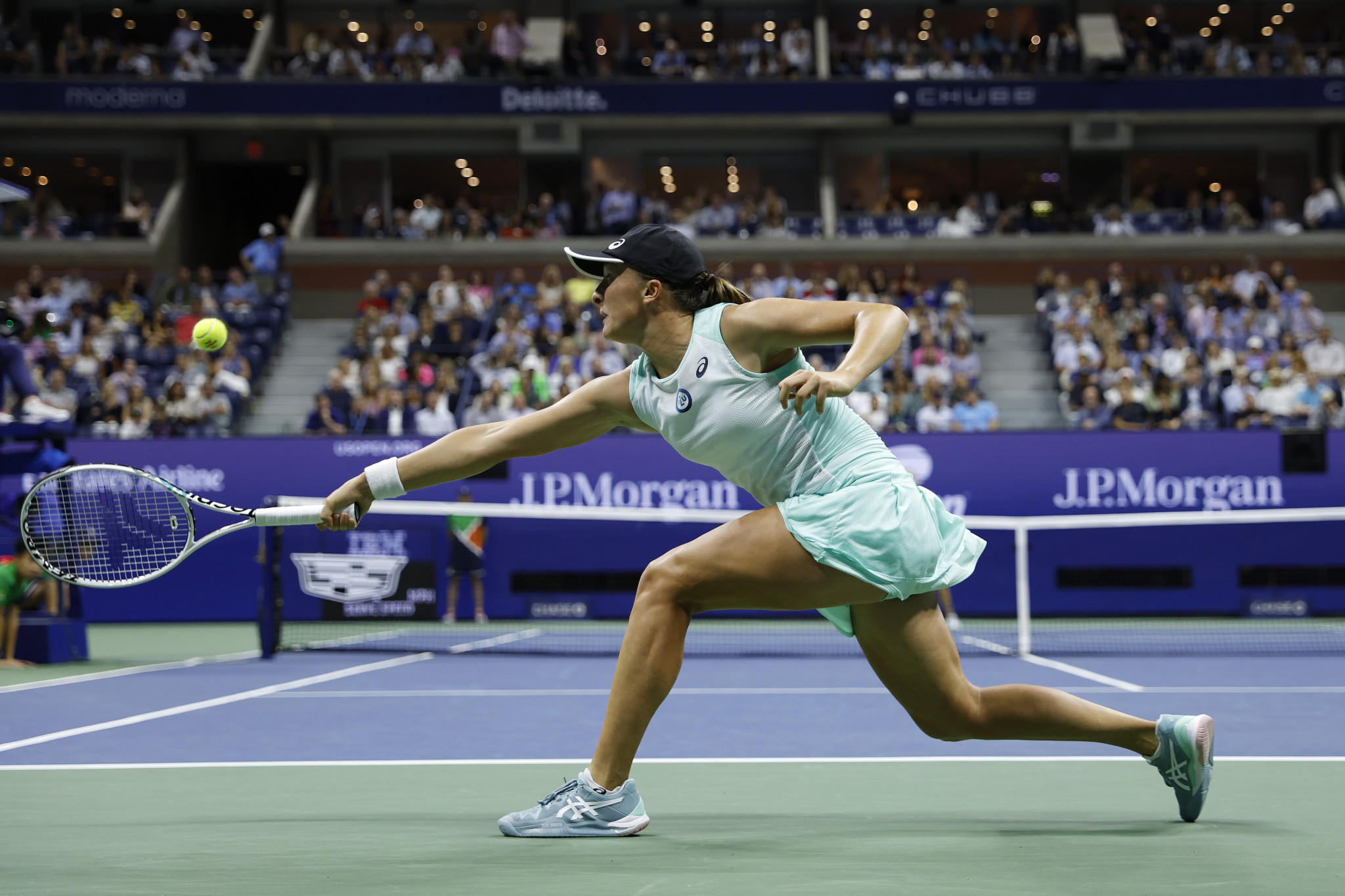 Iga Świątek came from a set down to beat Aryna Sabalenka and set up a US Open final versus Ons Jabeur, who in turn made light work of Caroline Garcia.

World number one Świątek lost the opening set at Arthur Ashe Stadium, but roared back in the second to take the semi-final to a decider.

"I felt a huge difference between the first set and the last two," Świątek said post-match.

Świątek had never been past the fourth round in New York City entering this year's tournament, but is now through to a third career Grand Slam final.

The 21-year-old won both of the others.

Sabalenka, who is from Belarus but playing as a neutral with the country's name, flag and symbols banned from the US Open in response to the war in Ukraine, has now exited the tournament at the final four in back-to-back years.

Jabeur, who awaits Świątek in the final, needed only 66 minutes to brush aside France's Garcia 6-1, 6-3.

The Tunisian broke Garcia four times and never faced a break point herself, relaying on a dominant serve and producing eight aces.

Garcia was on a 13-match winning streak, including claiming the Cincinnati Masters title, and had already eliminated home favourites Coco Gauff and Alison Riske at the US Open, as well as 2019 winner Bianca Andreescu from Canada.

Jabeur - who was runner-up at Wimbledon earlier this year - is both the first African and first Arab to reach the US Open women's singles final.

Świątek and Jabeur have two wins apiece from their previous meetings and are tied at one win each from two past matches on hard courts.

The final is set for Saturday (September 10).