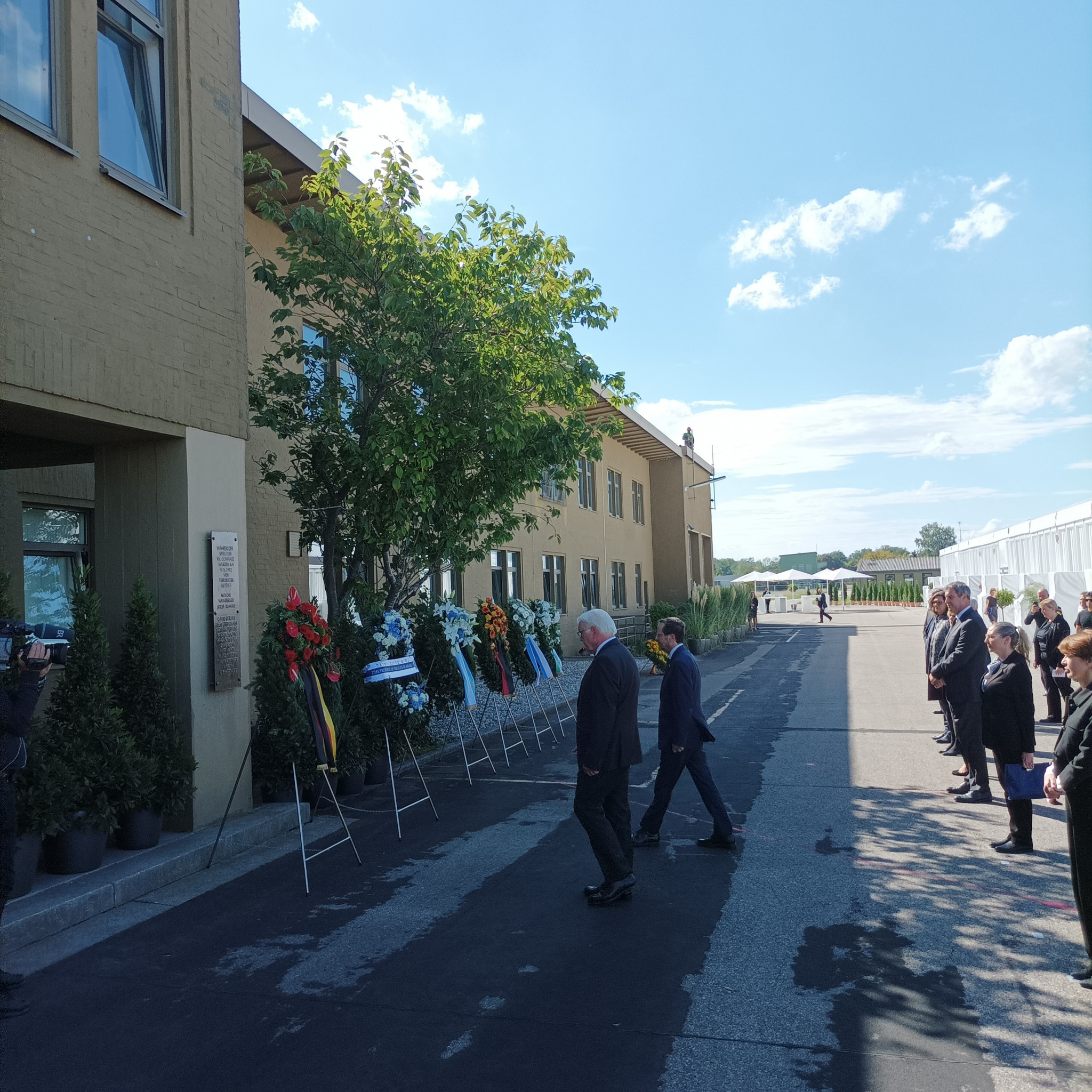 German President Frank Walter Steinmeier has admitted his predecessors failed "to live up to the trust" placed in them by the Israeli team at the 1972 Munich Olympics and has branded the delay by the German Government in agreeing compensation as "shameful."

Eleven Israelis died after a terrorist attack during the Games and Steinmeier joined other Government representatives from both Germany and Israel to lay wreaths lose to the control tower at the Furstenfeldbruck air base on the outskirts of the city where a rescue attempt went tragically wrong exactly 50 years ago today.

Terrorists from the Black September movement had forced their way into the Israeli accommodation block at 31 Connollystrasse in the Munich Olympic Village.

Two Israelis were immediately killed at the start of a siege which continued for a day.

The remaining nine, taken as hostages in helicopters to the air base, died in a firefight between the terrorists and German police.

"The story of the attack is a story of mistakes and fatal misjudgement, we were not prepared for an attack of this kind but we ought to have been," Steinmeier told an audience which included relatives of the Israelis who died, 1972 team members Esther Roth-Shahamorov and Shaul Ladany, Israeli President Jitzchak Herzog and International Olympic Committee President Thomas Bach.

Steinmeier applauded the decision to finally open secret Government dossiers and hailed efforts made by the relatives of those who died to press for an investigation into the events surrounding the attack.

The question of compensation was finally agreed last week whereby the victims' families would receive the sum of €28 million (£24.14 million/$27.8 million).

"The attack was followed by years of callousness, blocking the attack out by silence, that too is a failing."

Steinmeier also questioned the refusal of German authorities to allow Israeli forces to help in any rescue attempt.

"It is your pain which we have failed to adequately recognise for too long," Steinmeier told the relatives.

“May the outcome of today, be that we Germans prove ourselves worthy of the asset that was so badly damaged 50 years ago, that of trust," he concluded.

Other German officials also highlighted the failing of Germany’s security forces at the time.

"We did not give the Israeli team the protection that would have been adequate and we did not have the forces to deal with the attack," Federal Minister of the Interior Nancy Faeser conceded.

"I want to apologise on behalf of the Federal Government," she said.

Meanwhile Israeli President Jitzchak Herzog called for a commemoration of the 1972 tragedy at every future Olympic Games.

"Let us all remember the victims of the Olympic Games in our hearts forever," Herzog said, speaking in Hebrew.

"Each victim is still an empty space for his family.

"This was not a Jewish or Israeli tragedy but a global tragedy which needs to be commemorated at every Olympics."