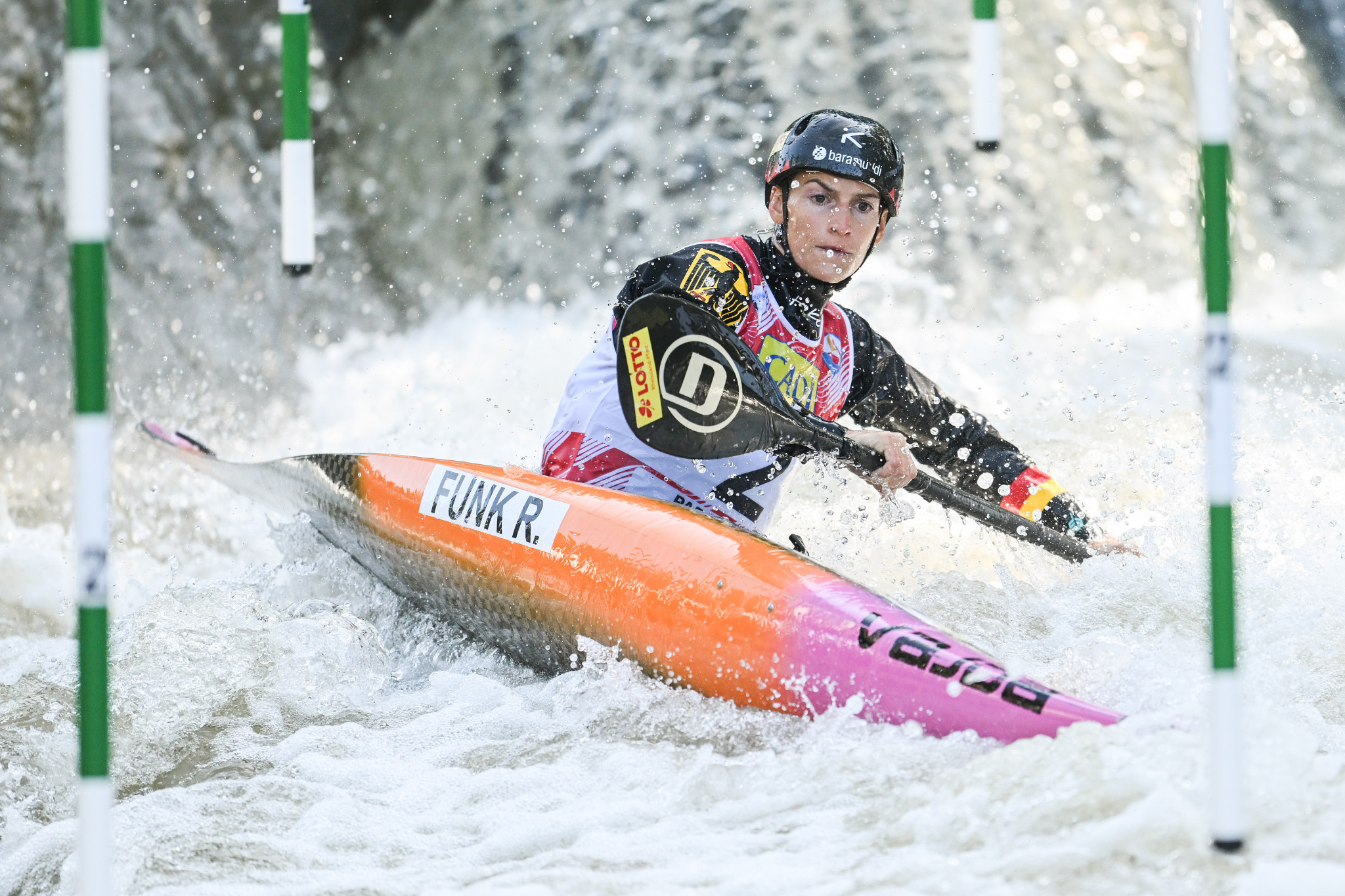 Germany's Funk was a clear victor in the women's event, crossing the line with no penalties and a time of 1min 32.32sec, almost four seconds in front of her closest opponent.

Camille Prigent from France took the silver medal in a time of 1:36.21, ahead of Mònica Dòria Vilarrubla from Andorra who had a time of 1:36.89 for bronze, with two seconds added on as a penalty.

Britain's Kimberley Woods was the best of the rest, in front of Dutch kayaker Lena Teunissen in fifth.

Czech paddler Prskavec marginally claimed the men's title despite picking up a two-second penalty, with a final time of 1:27.07.

The top four were all separated by less than a second, with the silver medal going to Slovenian Martin Srabotnik in 1:27.28.

Prskavec's compatriot Vit Přindiš - the world champion - claimed bronze in 1:27.44, in front of Italy's Giovanni De Gennaro, who missed the podium after picking up a costly penalty.

Tomorrow is the final day of the Cane Slalom World Cup season, with C1 and extreme kayak finals scheduled.