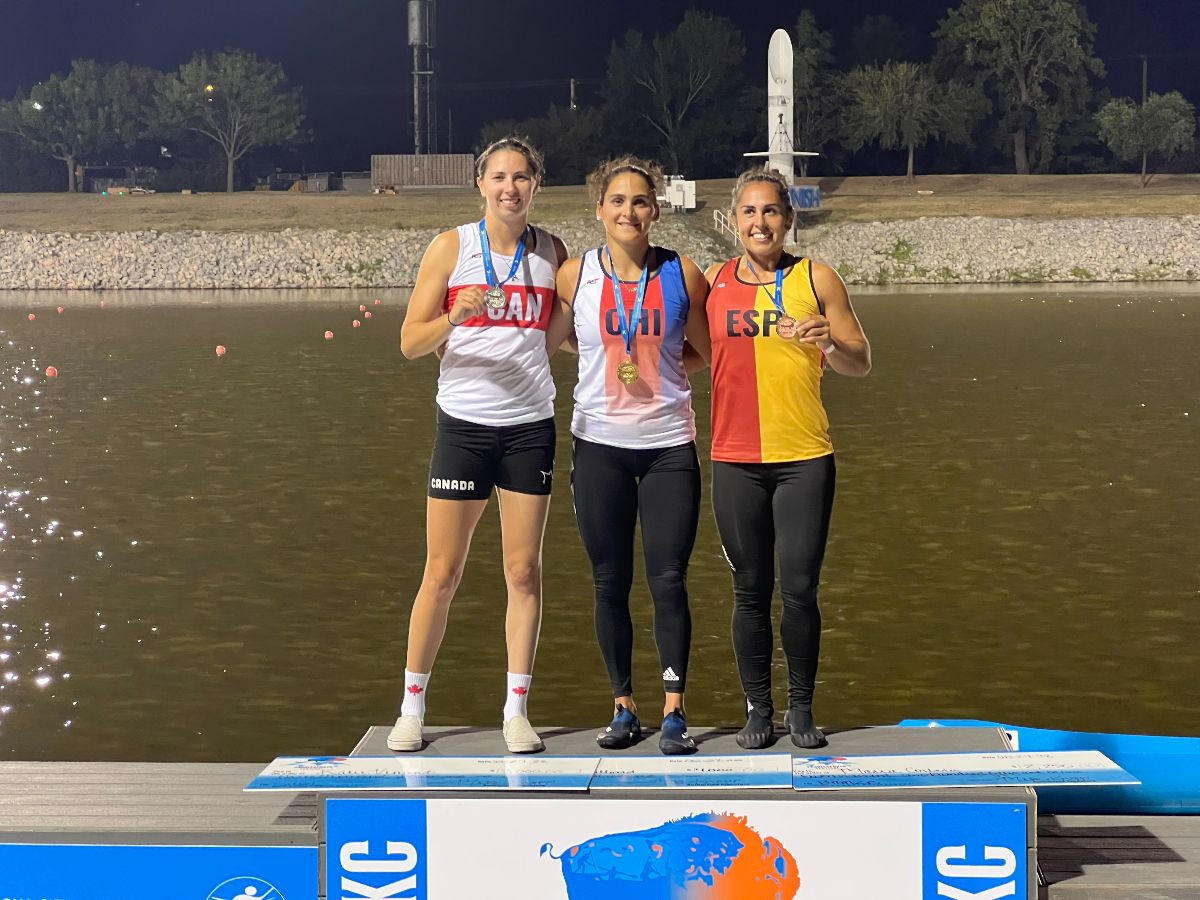 World champion Mailliard and Tokyo 2020 bronze medallist Tarnovschi combined in the morning session to win the C1 relay final, cover the 1,500 metres in 7min 18.61sec at the Riversport venue.

"I'm fast for five kilometres and 500 metres, so this was good because it was like a sprint but with turns, which gave me the chance to give María more distance," Tarnovschi said.

Ukrainian Liudmyla Luzan and Tarnovschi's brother Oleg were 15.15sec slower than the champions but it was still enough to secure silver ahead of third-placed María Corbera of Spain and Luzan's compatriot Pavlo Altukhov, who clocked in after 7:35.80.

Mailliard then outpaced Canada's Katie Vincent and Corbera in the women's 350m C1 decider as she crossed the line after 1:24.14, beating her opponents by 0.81 and 1.37, respectively.

Cătălin Chirilă of Romania then claimed bronze, 1.80 behind Tarnovschi.

In the men's K1, Seja recorded an upset against Olympic and three-time world champion Max Lemke.

Osterman's 1:15.49 saw her prevail in the women's K1 final ahead of Anna Pulawska of Poland and Australian Alyssa Bull who finished with respective times of 1:16.26 and 1:16.31.

Germany's Tom Liebscher and Hermien Peters of Belgium won the K1 relay with 6:34.55 on the clock to beat Pulawska and Dostál's 6:39.15.

The ICF Super Cup is an invitational event with racing conducted over non-Olympic distances.

This year's edition was moved from Moscow to Oklahoma City because of the war in Ukraine.