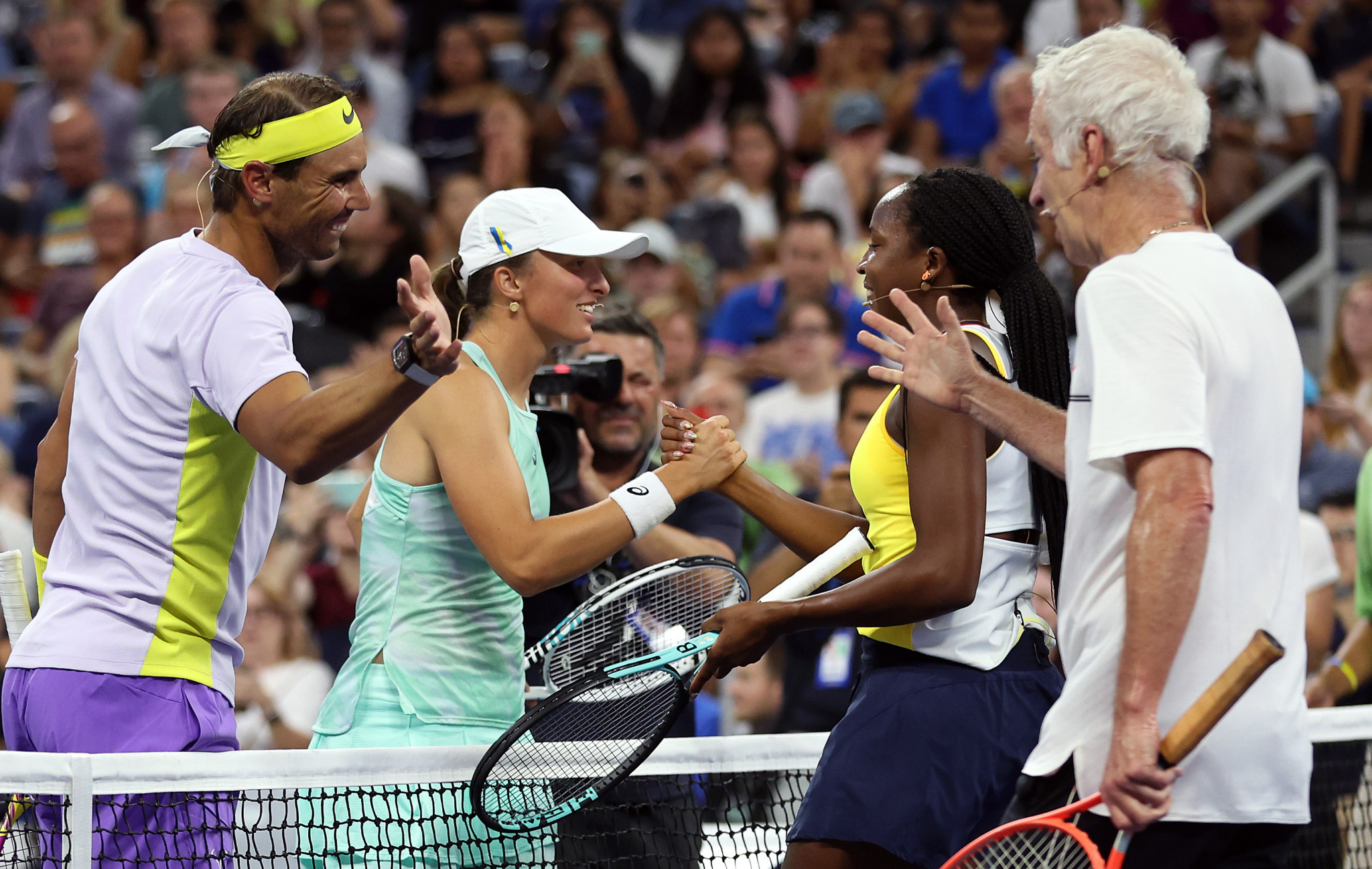 The US Open's "Tennis Plays for Peace" event has raised $1.2 million (£1 million/€1.2 million) for Ukraine, according to the United States Tennis Association (USTA), prior to this year's final Grand Slam event.

"For me, especially because Ukraine is right next to my country and because we as Poles are really united and helping, and I want to use every opportunity to show people that we all can be united," said women's singles world number one Świątek.

The Pole teamed up with Nadal to take on McEnroe and his compatriot Coco Gauff in one of the highlights of the event.

"For me to speak out is something that I always cherish," said Gauff.

"I always said you can change the world with your racket.

Finding creative ways to make good for the world ?? https://t.co/oJ0P6yiEyH

"So being here today on Armstrong and playing for such an amazing cause is something that I won't take for granted, and I'm grateful to do it among legends of the sport."

The USTA said that all ticket revenue from the event went to the GlobalGiving's Ukraine Crisis Relief Fund.

It was announced just a few hours before the start of the event that Belarusian player Victoria Azarenka would not participate.

"In the last 24 hours, after careful consideration and dialogue with all parties involved, Victoria Azarenka will not be participating in our 'Tennis Plays for Peace Exhibition' this evening," read a USTA statement prior to the beginning.

"Vika is a strong player leader and we appreciate her willingness to participate.

"Given the sensitivities to Ukrainian players, and the on-going conflict, we believe this is the right course of action for us."