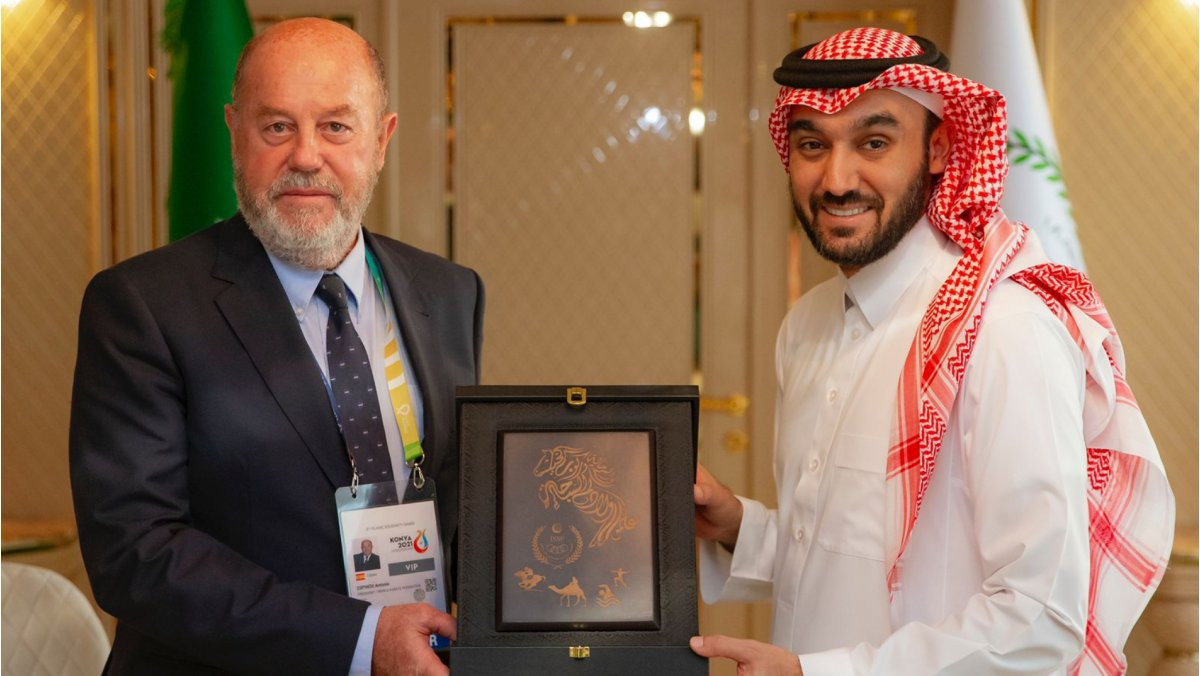 Subjects that the pair discussed included the development of karate in Islamic countries and the popularity of the sport at the Games.

Prince Abdulaziz - who is also Saudi Arabia’s Sports Minister, the President of the Saudi Olympic and Paralympic Committee and the head of the Arab Olympic Committee - thanked his opposite number for supporting the event and praised karate’s progress.

"I want to thank HRH Prince Abdulaziz Bin Turki Al-Faisal Al-Saud for taking the time to meet with us today," Espinós said.

"The Islamic Solidarity Games are one of the most important events on our calendar this year due to karate's popularity in Islamic countries.

"While we hope that our progress in these countries continues for years to come, I am pleased to note that karate greatly contributes to the success of the 2022 Islamic Solidarity Games.

"I hope all the fans can enjoy the greatness of karate over the two days of competition in Konya."