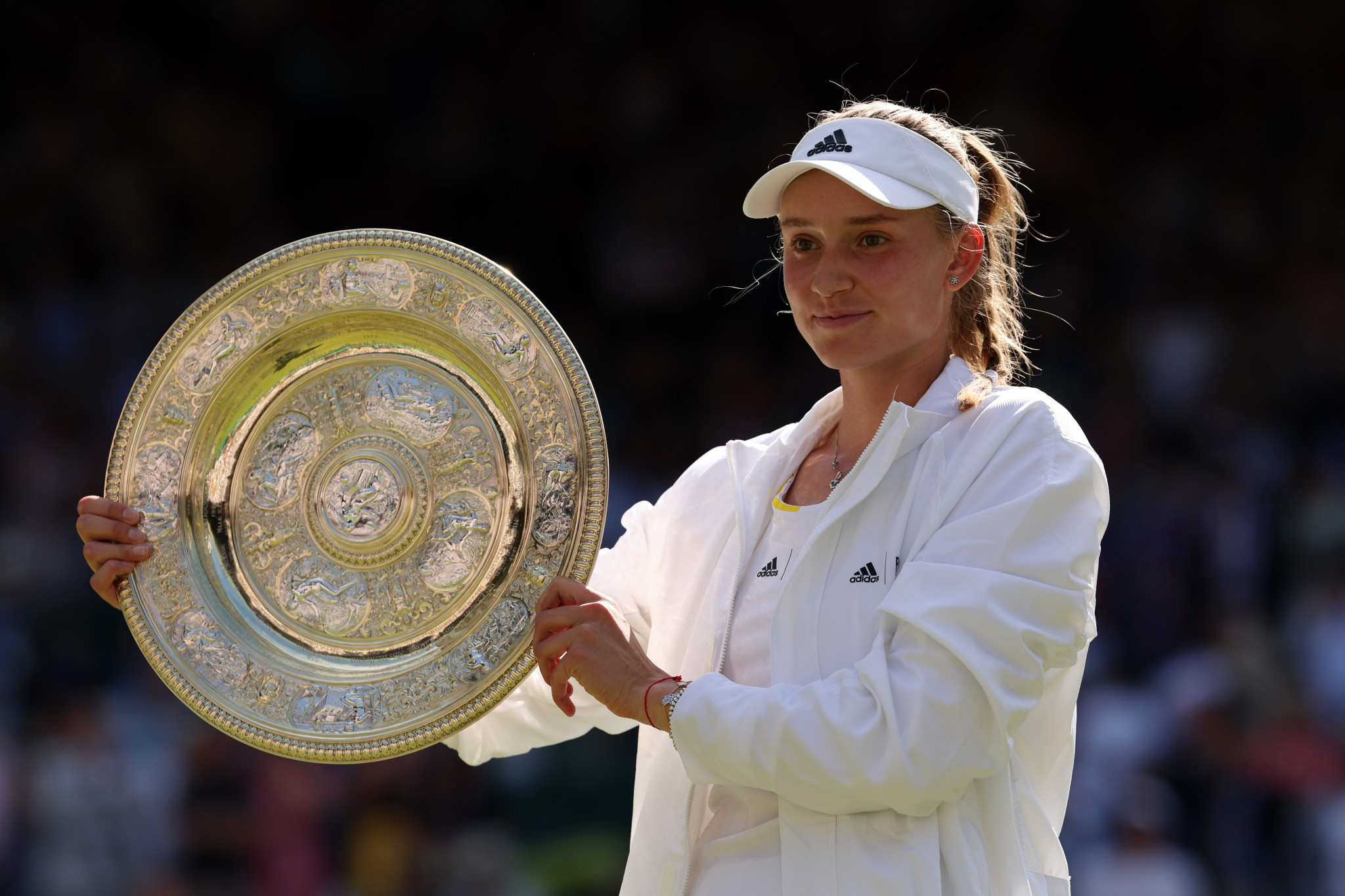 Usually all smiles, Jabeur looked to have lost her cool when she was broken early in the second set, having looked in control of a quick first set which lasted just 32 minutes.

Soon, the Kazakh player, who switched allegiances from Russia four years ago, was pushing towards a third set and got it by breaking the Tunisian again.

Jabeur had conceded just one set during the tournament before the final, but had her confidence shaken when the momentum turned against her.

Unforced errors crept in when she had the chance to break the Kazakh; and it turned to desperation when Jabeur called for an umpire review for three rulings in quick succession, which were all correct initially.

Rybakina wrapped the match up when a stray backhand from Jabeur was ruled out, coolly celebrating as if she had won 10 titles before.

"They would be super proud" ?

Elena Rybakina was asked how her parents would react to her being crowned Wimbledon champion#Wimbledon | #CentreCourt100 pic.twitter.com/HOKUL4pFfQ

"Words can't say how happy I am," Rybakina after her victory said.

Eden and Purcell took their first Wimbledon titles in a dramatic tiebreaker, which they won 10-2 against the Croatians who were unable to defend their titles successfully.