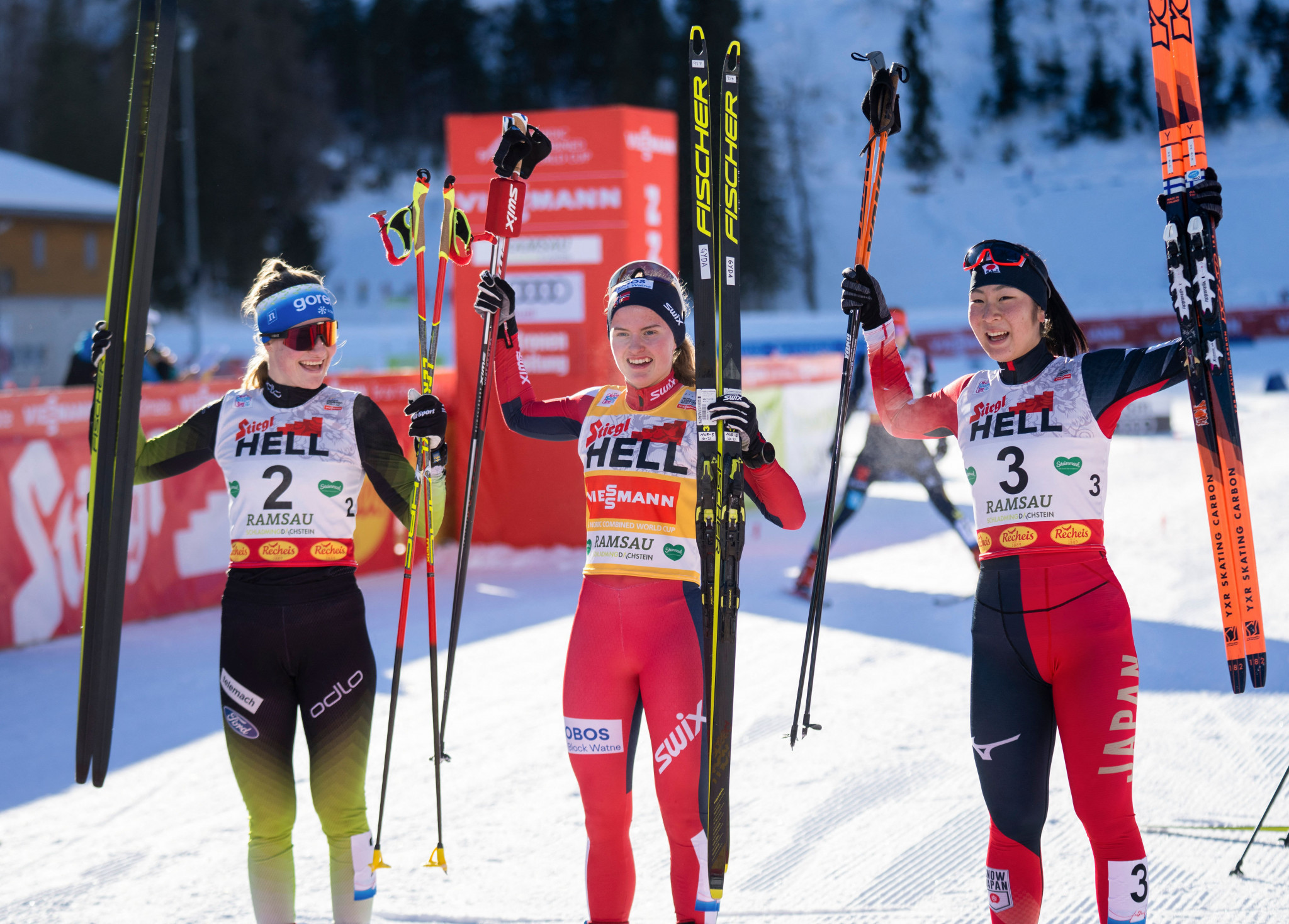 The International Ski Federation's (FIS) race director for Nordic combined, Lasse Ottesen, has admitted the sport could lose its Winter Olympic place if women are not added to the programme.

Nordic combined - which joins together cross-country skiing and ski jumping - has featured at every Winter Games since the first edition in Chamonix in 1924 - but only for men.

With the International Olympic Committee (IOC) striving to achieve gender equality, efforts to improve women's Nordic combined have been made.

A women's event debuted at the World Championships in 2021 and the first World Cup campaign also took place in the 2020-2021 season.

However, there are fears that women's Nordic combined is still too underdeveloped to warrant its Olympic place at the next Games in Milan and Cortina D'Ampezzo in 2026.

This could lead to the IOC dropping the men's event as well to ensure gender equality, some are fearing.

The sport perhaps also does not excite the coveted youth market like others on the programme do.

The IOC are due to discuss the Milan Cortina 2026 sports programme at its next Executive Board meeting on Friday (June 24), with Nordic combined a rare example of a discipline where only men compete.

"Without the women, it could be a challenge for us to keep the boys," Ottesen, the FIS race director, told the New York Times.

"We have a lot of history."

Horst Huttel, the director of Nordic events for Germany, told the newspaper he was "afraid" over the sport's future.

"If women are not accepted, the men's future is also on the line," said Roman Knoblauch, a Nordic combined commentator for Eurosport.

"Kids would have no role models and no motivation and in the worst case the whole sport would be threatened with extinction."

The IOC previously rejected an application for women's Nordic combined to feature on the Beijing 2022 Winter Olympic programme.

"FIS has proposed the inclusion of women's Nordic combined to the IOC for the Olympic Winter Games 2026 programme," a spokesperson for the governing body said to insidethegames.

"We feel it is the natural progression for the discipline and for the Olympics to have women's Nordic combined included in the Games.

"We hope that the IOC Executive Board feels the same way and shares our excitement for this traditional, demanding and exciting sport."