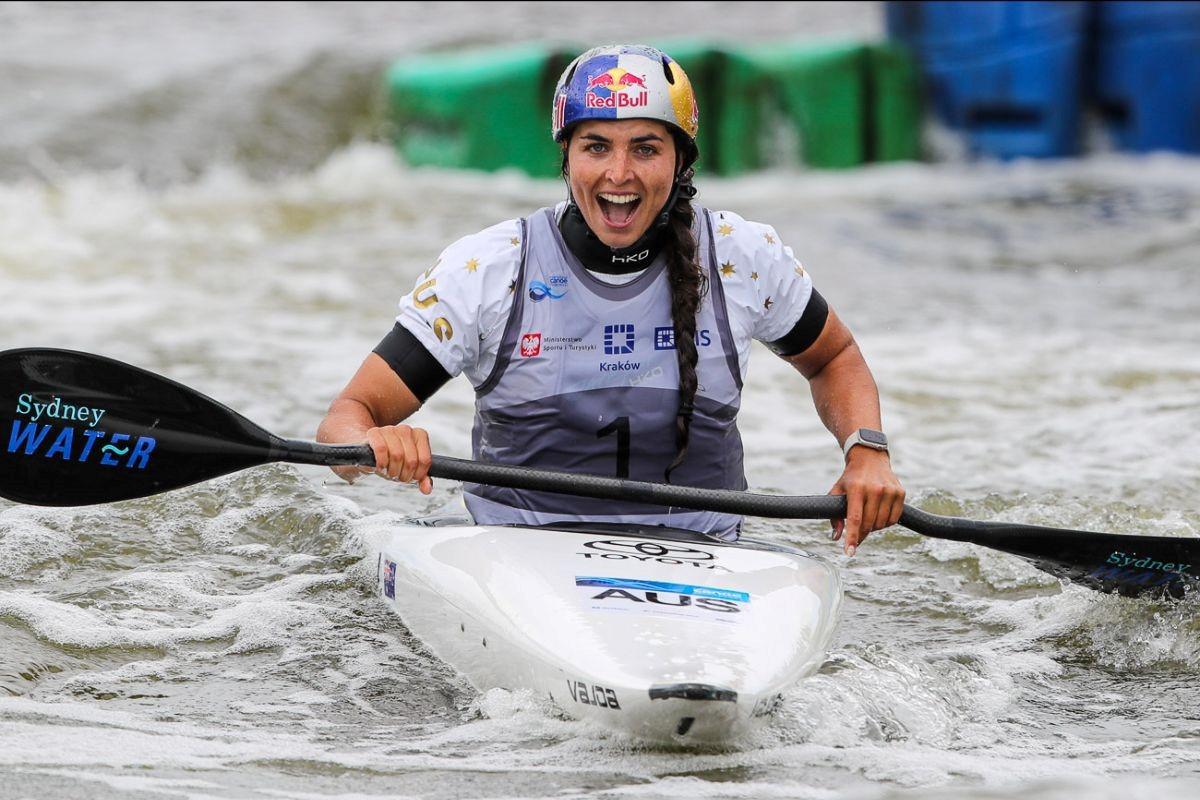 Olympic gold medallist Funk and the rest of the German contingent were unfortunately ruled out due to a COVID-19 outbreak.

As a result, 28-year-old Fox seized the initiative to finish 2.58 seconds clear of second-placed Czech Tereza Fiserova with no time penalties on 91.29.

It marked Fox's second K1 victory at the Kolna Canoe Slalom Course after previously winning a World Cup event there in 2018, and was also Fiserova's first medal in the discipline.

Amalie Hilgertova of the Czech Republic, who also produced a faultless run, claimed the bronze with a time of 94.26 seconds.

"Obviously two wins, it’s a great way to start the season, I’m really happy with the way I paddled in that final," Fox said.

"It’s a very physical course, the water is kind of dead and slow in a lot of places, you’ve got to always be paddling to keep the speed on the boat."

In the day's other final, another Czech in Vit Prindis bounced back from a disappointing showing in Prague to take gold in the men's K1 final.

The reigning K1 title holder, who was also suffering from an illness earlier in the week, shaded Rio 2016 gold medallist Joe Clarke by just 0.16 seconds to earn victory with a time of 84.94.

Tokyo 2020 gold medallist Jiri Prskavec, also from the Czech Republic, was also under a second behind Prindis with a time of 85.46 seconds giving him third position.

"I’m so happy to be back on the top of the podium, it means a lot for me because it proves I am still in good shape and I can win on different types of water," Prindis said.

"I hope my show here in Kraków will cheer the spectators back in the Czech Republic."

More medals will be decided in Kraków tomorrow, with finals in the men’s C1, women’s C1 and extreme canoe slalom rounding off the World Cup leg.