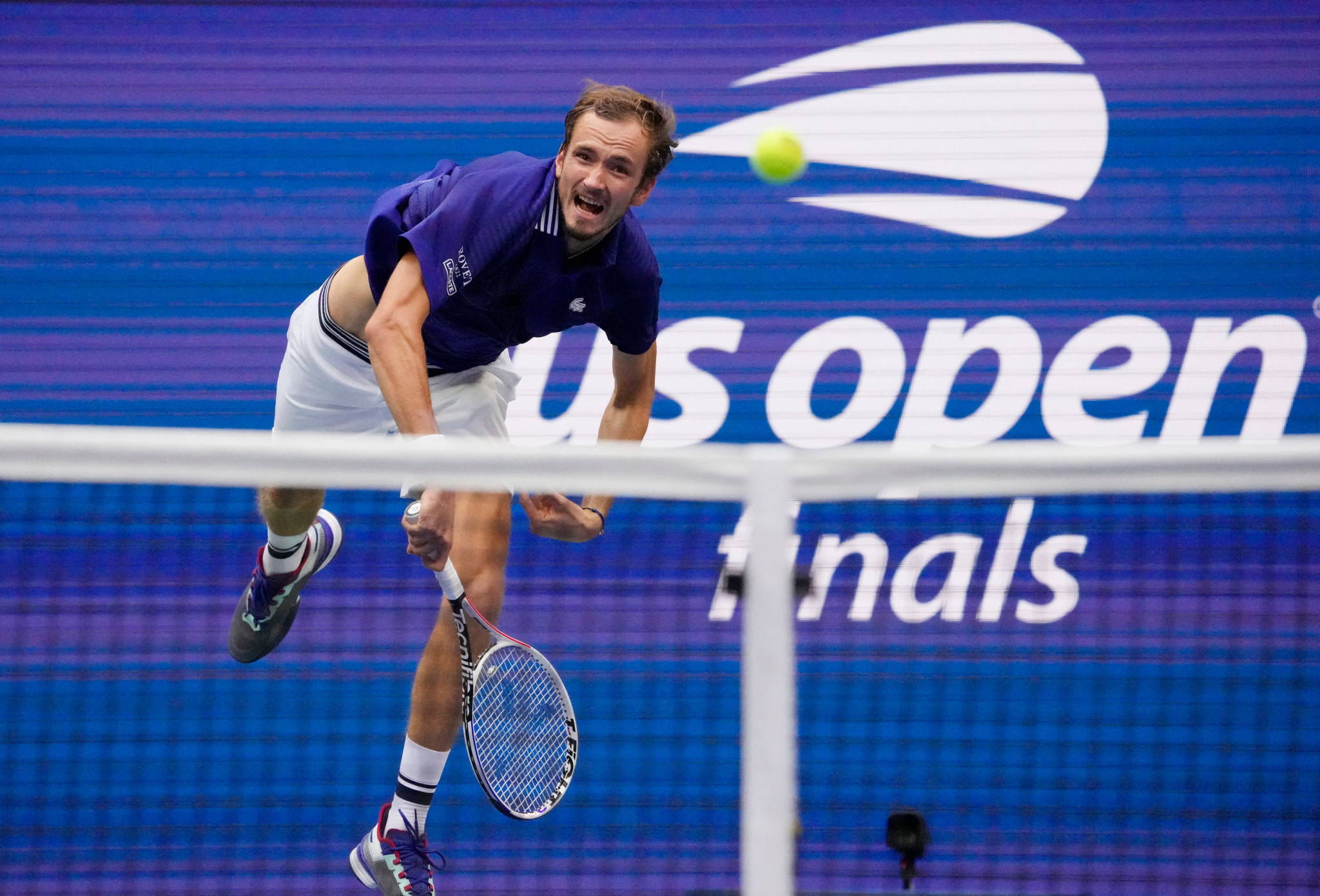 Russian and Belarusian tennis players will be allowed to compete at the US Open under a neutral flag, in contrast to Wimbledon where they are banned.

It means world number one Daniil Medvedev, a Russian, will be able to defend his men's singles title.

Belarusians Arnya Sabalenka and Victoria Azarenka are both in the top 20 of the WTA rankings, as is the Russian Daria Kasatkina.

"Based on our own circumstances, the USTA will allow all eligible players, regardless of nationality, to compete at the 2022 US Open," it said in a statement.

The USTA added it "has previously condemned, and continues to condemn, the unprovoked and unjust invasion of Ukraine by Russia".

Wimbledon has been stripped of its ranking points by the ATP, WTA and ITF in response to the decision to ban players from Russia and Belarus.

The governing bodies have stopped short of implementing a blanket ban on all Russian and Belarusian athletes as the International Olympic Committee (IOC) had advocated for.

However, they have found an ally in IOC President Thomas Bach, who has criticised the All England Lawn Tennis Club for the decision to ban Russian and Belarusian players from Wimbledon, complaining of Government interference and insisting "there should be no sanction for holding a passport".

The IOC President has sought in recent weeks to frame sanctions against Russian and Belarusian athletes as protective measures enacted partially for their safety.

At least 4,432 civilians have been killed in Ukraine since February 24, when Russian launched a full-scale invasion with support from Belarus, according to the United Nations, but it fears the true figure is far higher.

More than 7.5 million people have fled the country.

Ukrainian President Volodymyr Zelenskyy has accused Russia of carrying out war crimes, including executing civilians, and the combined military death toll is thought to exceed 20,000.

Whereas Russian and Belarusian players have been cleared to play at the US Open, Novak Djokovic remains unable to take part as things stand.

The Serbian star, a three-time US Open winner and 20-time Grand Slam champion, is unvaccinated against COVID-19 so cannot enter the US.

Djokovic was deported from Australia earlier this year over his vaccination status, leaving him unable to defend the title.

Djokovic was able to play at the French Open, as were Russian and Belarusian players sans national flags.